Colby Covington comes into this fight off the back of a defeat against Kamaru Usman. This was Covington’s second unsuccessful run at the 170lbs title.

Jorge Masvidal is also coming off a loss to Kamaru Usman. He lost via a devastating knockout at UFC 261 in April 2021.

Colby Covington will be the heavy betting favorite with opening odds of -280.

Jorge Masvidal is the betting underdog with opening odds of +270.

Colby Covington vs Jorge Masvidal was first reported on January 11th, 2022. The fight was later confirmed and announced by the UFC on January 14th.

The grudge match we've all been waiting for 💥

Colby Covington and Jorge Masvidal will headline UFC 272 on March 5, UFC Chief Business Officer Hunter Campbell told @bokamotoESPN. Contracts have not been signed, but the bout is nearly finalized. pic.twitter.com/n1FclaclwU

Covington and Masvidal are former friends and teammates having trained together at American Top Team. The two fighters lived together for a time before falling out in 2018.

This five-round fight will be contested at 170lbs and headline the UFC 272 card on March 5th.

Colby Covington came up short on his second run at Kamaru Usman’s belt at UFC 268 in November. After a much-heated rivalry, Covington and Usman appeared to reconcile at the final bell.

Other than his two defeats to the champion Usman, Covington has lost just one other fight in his career – a submission defeat to Warlley Alves in December 2015. Since then, Covington has gone 8-2 in the UFC.

Covington and Masvidal have made no secret of their animosity towards one another. Covington said:

“He knows what’s going to happen. I’m going to rearrange his face.”

Jorge Masvidal suffered a brutal knockout loss in his last UFC appearance against Kamaru Usman. Masvidal’s fight prior to that defeat was also against Usman. On that occasion, Masvidal stepped in on five days’ notice at UFC 251 in Abu Dhabi.

Masvidal earned his two shots at the belt with three consecutive KO/TKO victories against Darren Till, Ben Askren and Nate Diaz.

Masvidal said of his opponent:

“I’m going to f***ing break your face man. Everything that you said, we’re gonna have to see what’s up when we get in the cage, you know.”

Jorge Masvidal is four years older than Covington at 37 years old. Both fighters are 5”10, while Masvidal will have a slight 2-inch reach advantage.

In terms of significant strikes landed and absorbed, both fighters are remarkably similar over their UFC careers. The biggest difference comes in the takedowns, with Covington landing an average of 4.10 TD’s per 15 minutes to Masvidal’s 1.54.

This fight promises to settle one of the highest-profile grudges in the UFC in recent years. Two former teammates who have cornered one another will now settle their mutual hatred.

Colby Covington has shown his striking prowess over his last few fights. He will be keen to settle this score in an emphatic way.

Jorge Masvidal is a seasoned grappler himself and will look to keep this fight standing. Masvidal is a danger at any moment, from any position.

Besides the personal scores to settle, this fight could have significant implications in the future of the UFC Welterweight Division.

While both men have already challenged Kamaru Usman for the belt twice, a statement win could convince the UFC to set up a trilogy fight.

The oddsmakers’ predictions see Colby Covington as the heavy favorite with opening odds of -280.

Covington predicts he will dominate Masvidal and send him into retirement:

“I get to expose him in front of the whole world soon.”

Get your Colby Covington vs Jorge Masvidal picks in.

Colby Covington opened as a -280 betting favorite. Placing a bet on Covington means you would need to bet $280 in order to win $100.

Where to bet on Colby Covington vs Jorge Masvidal

Colby Covington vs Jorge Masvidal tale of the tape

Colby Covington has the better record against the shared opposition, at 1-2 to Jorge Masvidal’s record of 0-3 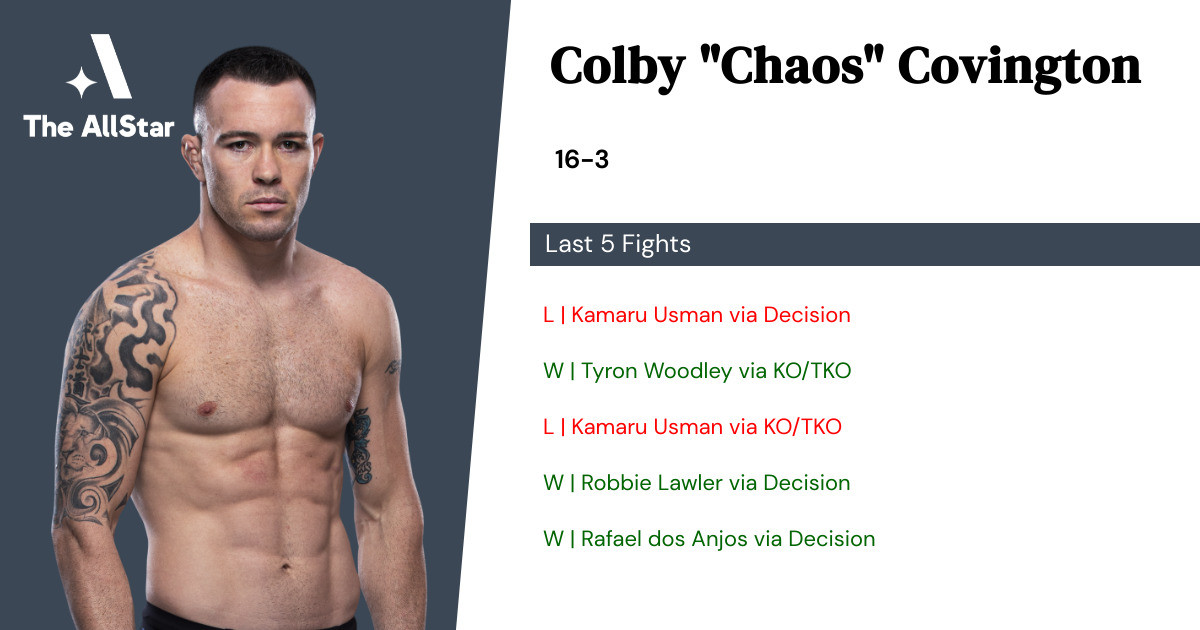 Colby Covington has a 50% finish rate, including 2 by knockout, 6 by submission, 8 by decision.

Colby Covington is looking to get back to winning ways after a loss at the hands of Kamaru Usman at UFC 268: Usman vs. Covington 2. 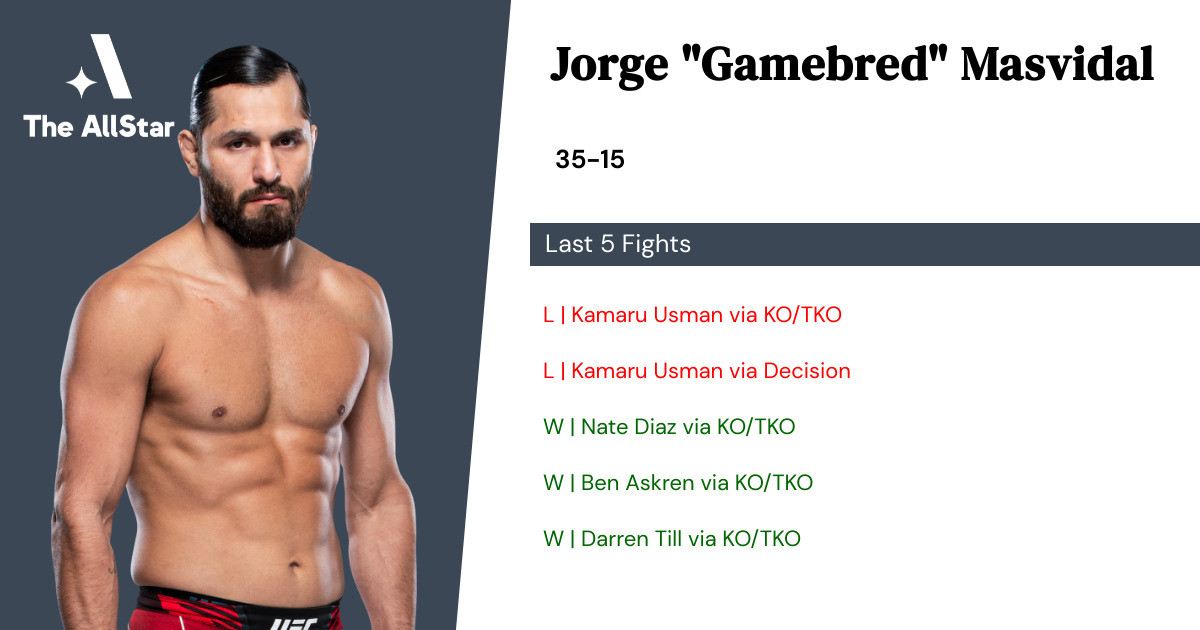 Jorge Masvidal has a 52% finish rate, including 16 by knockout, 2 by submission, 17 by decision.

Jorge Masvidal is currently on a 2 fight losing skid.

ESPN+ is the best option to live stream Colby Covington vs Jorge Masvidal if you live in the United States. Outside of the USA, the best option is to register for UFC Fight Pass.

Where can I get the best odds for the Colby Covington vs Jorge Masvidal UFC fight?