Dwight Grant vs Sergey Khandozhko is set to go down at UFC Fight Night: Lemos vs. Andrade at 7:00pm EST on Saturday 23rd April 2022 in a 170lbs matchup.

Sergey Khandozhko hasn’t fought in over two years since dropping a unanimous decision to fellow Russian Rustam Khabilov in November 2019.

Sergey Khandozhko opened as a -115 very slight betting favorite. Placing a bet on Khandozhko means you would need to bet $115 in order to win $100.

This Welterweight scrap is expected to take place on the prelims at UFC Fight Night: Lemos vs. Andrade.

A change in momentum in the 2nd!

Grant previously earned a split decision win over Stefan Sekulić in April 2021. Since joining the UFC, Grant has gone 3-3.

Sergey Khandozhko found himself comprehensively outgrappled in his last UFC appearance against Rustam Khabilov in 2019.

Dwight Grant is the slightly taller fighter at 6”1 compared to Khandozhko who is 6”0. Grant will also have a 2-inch reach advantage in this fight.

Sergey Khandozhko is much younger at 29 years old compared to his opponent who is 37. However, despite being the younger fighter, the Russian has a lot more pro MMA experience with 34 fights under his belt to Grant’s 15.

Both of these fighters have several knockouts on their professional records, so you’ll want to tune in for this one.

Sergey Khandozhko has been out of the game for almost two-and-a-half years, with fans eager to see more from the Russian.

These two fighters both enter this bout off the back of losses, so they will be eager to return to the win column.

The oddsmakers’ predictions are very close in this fight, with the bookies slightly leaning towards Sergey Khandozhko. The Russian opens as a -115 betting favorite.

Dwight Grant made his predictions for the fight during an exclusive with The AllStar, with the American expecting a KO inside two rounds:

Get your Dwight Grant vs Sergey Khandozhko picks in.

Dwight Grant vs Sergey Khandozhko tale of the tape 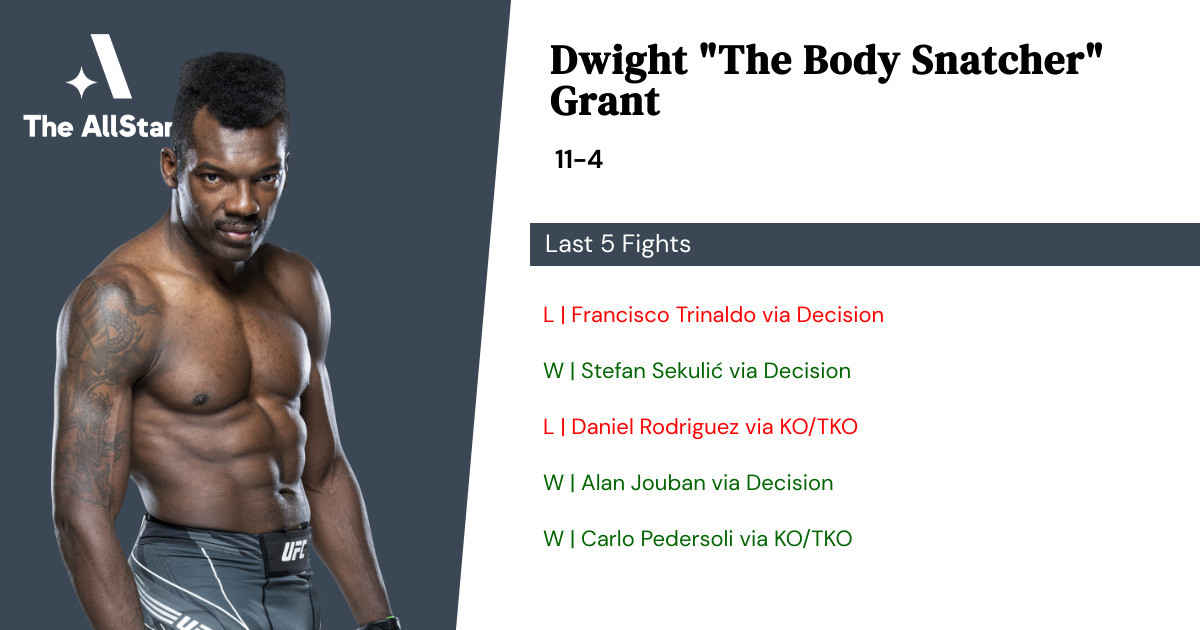 Dwight Grant has a 64% finish rate, including 7 by knockout, 4 by decision.

Dwight Grant is looking to get back to winning ways after a loss at the hands of Francisco Trinaldo at UFC Fight Night: Costa vs. Vettori. 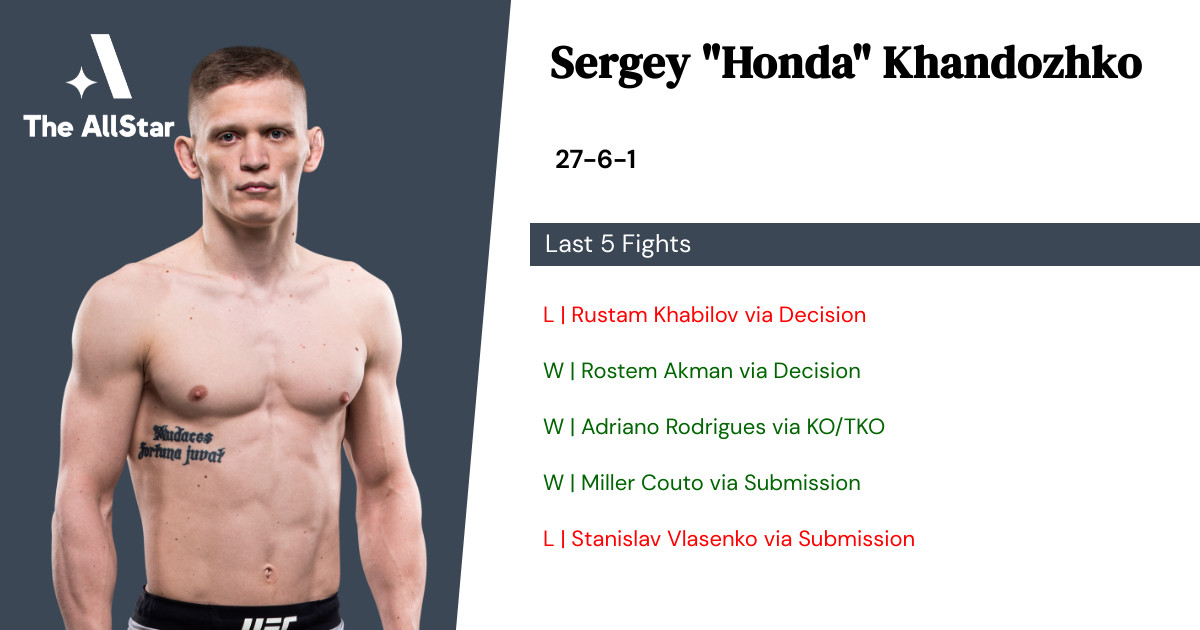 Sergey Khandozhko has a 71% finish rate, including 12 by knockout, 7 by submission, 8 by decision.

Sergey Khandozhko is looking to get back to winning ways after a loss at the hands of Rustam Khabilov at UFC on ESPN+ 21: Magomedsharipov vs. Kattar.

Dwight Grant vs Sergey Khandozhko is set to go down at UFC Fight Night – Lemos vs. Andrade. The fight is expected to start at around 7:00pm EST on Saturday 23rd April 2022.

ESPN+ is the best option to live stream Dwight Grant vs Sergey Khandozhko if you live in the United States. Outside of the USA, the best option is to register for UFC Fight Pass.

Where can I get the best odds for the Dwight Grant vs Sergey Khandozhko UFC fight?

Use the AllStar’s directory to find the best sportsbooks and recommendations on where to place UFC bets online. If you just want to play for fun, head over to to our Fantasy UFC picks app to make your fight predictions for Dwight Grant vs Sergey Khandozhko totally FREE.