UFC veteran Edson Barboza has impressed after dropping down to Featherweight. He earned a notable KO win against Shane Burgos prior to his most recent defeat to Giga Chikadze.

Bryce Mitchell is undefeated as a pro with a 5-0 record in the UFC. Mitchell’s last UFC appearance was a unanimous decision victory over Andre Fili.

Bryce Mitchell will be the small betting favorite with opening odds of -150.

Edson Barboza opens as the betting underdog with betting odds of +135.

Edson Barboza vs Bryce Mitchell was first reported on November 25th. This fight will take place on the main card of UFC 272.

Edson Barboza was stopped by Giga Chikadze in his last Octagon appearance in August. Before this, the Brazilian had racked up two wins on the trot with victories over Shane Burgos and Makwan Amirkhani.

Another amazing Kick KO is Edson Barboza vs Terry Etim at UFC 142 in Rio! #DWCOTD pic.twitter.com/dmmDKlpEA5

Barboza has gone 2-2 since dropping down to 145lbs. This includes a controversial split-decision defeat to Dan Ige in his Featherweight debut, with 16 out of 18 major media outlet picks believing Barboza won the fight.

Bryce “Thug Nasty” Mitchell has demonstrated his grappling dominance since entering the UFC in 2018. Mitchell has won five-in-a-row in the promotion and remains undefeated with a 14-0 record.

Mitchell has one of just two twister submissions in the history of the UFC against Matt Sayles in December 2019.

Edson Barzboa is the slightly taller fighter at 5”11, while Bryce Mitchell is 5”10. Barboza is older at 35 years old, while Mitchell is 27.

More importantly, Barboza will have a significant five-inch reach advantage in this fight with a 75-inch reach.

This is one of the most fascinating matchups to make in the Featherweight Division.

Edson Barboza’s UFC career is one of the best highlight reels in the game. He is an elite striker who can knock anyone out cold in an instant.

Bryce Mitchell possesses phenomenal grappling prowess and a diverse arsenal of submissions. This will truly be a Striker vs Grappler matchup.

Both fighters have a lot of stake in this one. Pitting #10 vs #11, the winner is almost guaranteed a huge fight next.

A couple of wins for either fighter could lead to a shot at the belt. Barboza will need a victory if he has any designs on challenging for the belt. Mitchell has his perfect professional record to preserve.

The bookies’ predictions see Bryce Mitchell as the slight favorite with opening betting odds of -150.

Mitchell predicts he will stop Barboza:

“I’m gonna cook him to the bone. It ought to be a finish, not many people finish him.”

“As soon as Mitchell gets people to the floor, they look completely out of their depth. I’m calling him to win by twister.”

Get your Edson Barboza vs Bryce Mitchell picks in.

Where to bet on Edson Barboza vs Bryce Mitchell

Edson Barboza vs Bryce Mitchell tale of the tape 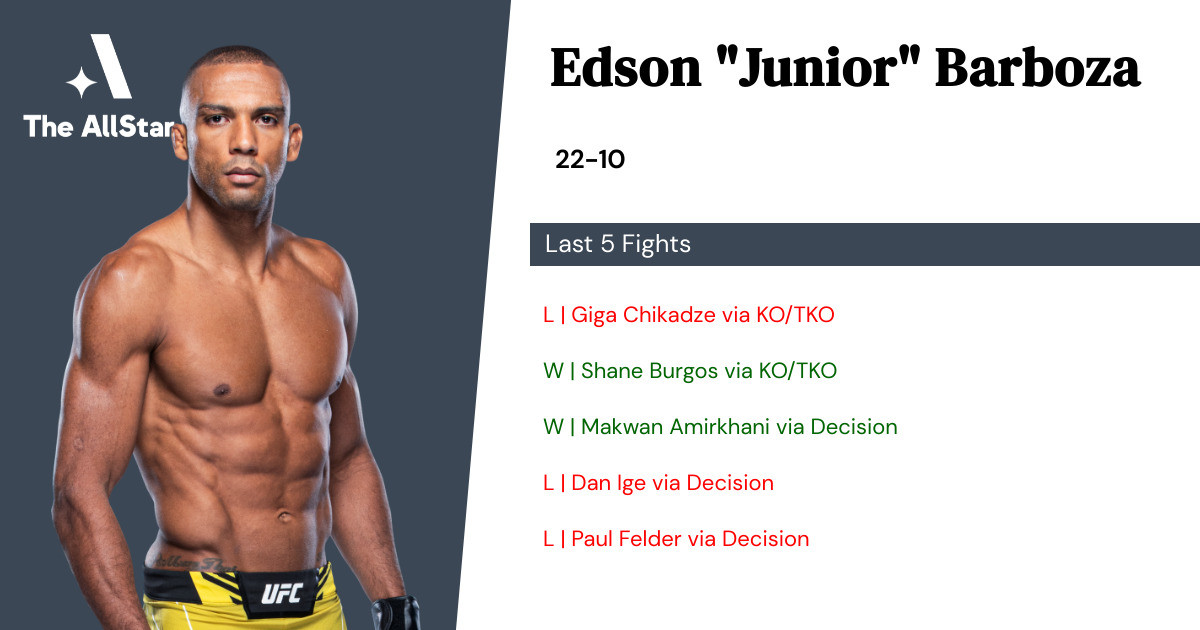 Edson Barboza has a 64% finish rate, including 12 by knockout, 2 by submission, 8 by decision.

Edson Barboza is looking to get back to winning ways after a loss at the hands of Giga Chikadze at UFC Fight Night: Barboza vs. Chikadze. 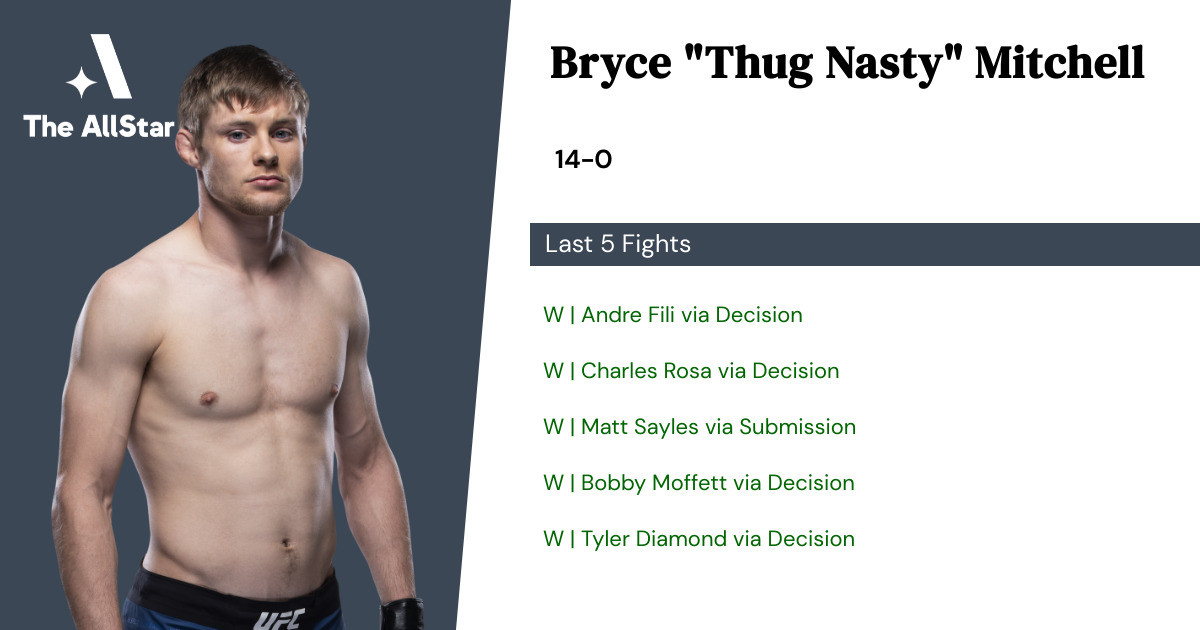 Bryce Mitchell has a 58% finish rate, including 9 by submission, 6 by decision.

ESPN+ is the best option to live stream Edson Barboza vs Bryce Mitchell if you live in the United States. Outside of the USA, the best option is to register for UFC Fight Pass.

Where can I get the best odds for the Edson Barboza vs Bryce Mitchell UFC fight?