Elise Reed is looking to build on her first UFC victory after defeating Cory McKenna by split decision in March.

Sam Hughes snapped a three-fight losing streak and also recorded her first UFC win with a majority decision over Istela Nunes in April.

Elise Reed will be the betting favorite with opening odds of -150.

Sam Hughes is the betting underdog with opening odds of +135.

Elise Reed vs Sam Hughes was first reported on May 3rd.

Both women are making a relatively quick turnaround after fighting in March and April respectively.

Elise Reed stepped back down to her natural weight class (115lbs) and picked up her first UFC win against Cory McKenna.

Back in the win column by SD!

Reed went up to Flyweight on her UFC debut and lost to veteran Sijara Eubanks by ground and pound in Round 1.

Sam Hughes recorded a much-needed victory in her last UFC appearance with a majority decision over Istela Nunes.

Sam Hughes will be the taller fighter in this matchup at 5”5 compared to Reed who is 5”3. Hughes will also have a slight 2-inch reach advantage.

Both fighters are 29 years old, although Hughes has more MMA experience having fought 10 times. Reed has 6 pro fights on her record.

This fight will kick off the prelims at UFC Fight Night: Holm vs. Vieira.

Both women have a lot to prove, so expect a scrap in this matchup.

After recording their first wins in the UFC in the past couple of months, Reed and Hughes have a lot at stake in this fight.

A loss for Hughes would make it four defeats in five in the UFC. Both fighters know that a victory here is essential if they are to advance in the promotion.

The oddsmakers’ predictions have Elise Reed as the moderate betting favorite with opening odds of -150.

Get your Elise Reed vs Sam Hughes picks in.

Elise Reed vs Sam Hughes tale of the tape 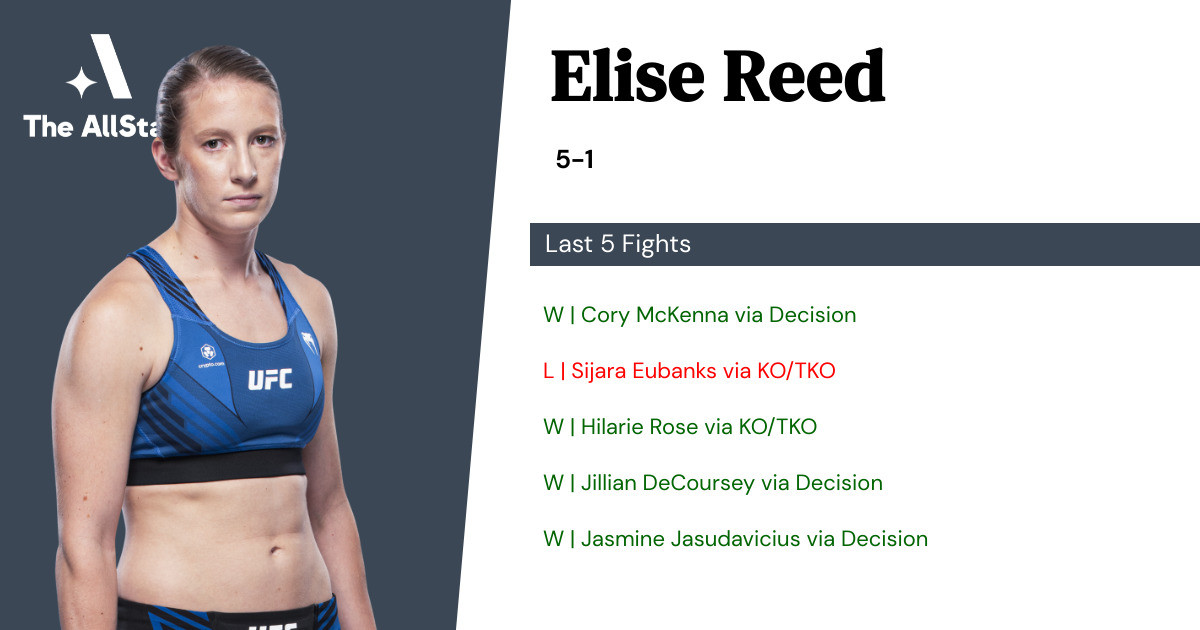 Elise Reed has a 40% finish rate, including 2 by knockout, 3 by decision.

Elise Reed is looking to put together a winning streak, having last beaten Cory McKenna at UFC Fight Night: Volkov vs. Aspinall. 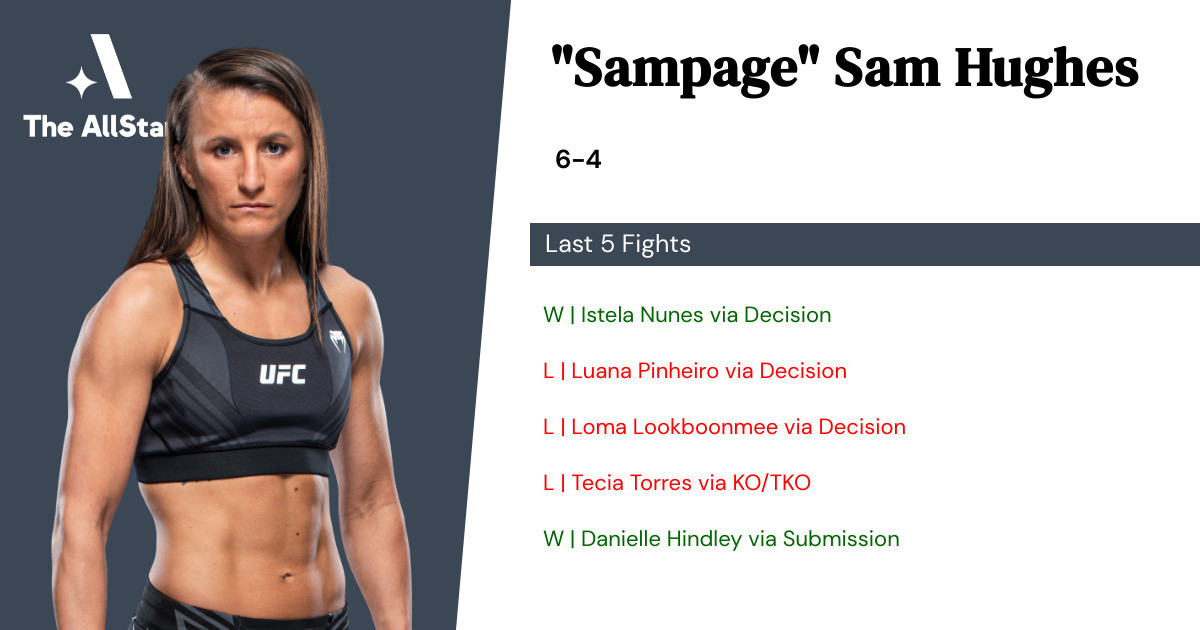 Sam Hughes has a 67% finish rate, including 1 by knockout, 3 by submission, 2 by decision.

Sam Hughes is looking to put together a winning streak, having last beaten Istela Nunes at UFC Fight Night: Luque vs. Muhammad 2.

Elise Reed vs Sam Hughes is set to go down at UFC Fight Night – Holm vs. Vieira. The fight is expected to start at around 5:00pm EST on Saturday 21st May 2022.

ESPN+ is the best option to live stream Elise Reed vs Sam Hughes if you live in the United States. Outside of the USA, the best option is to register for UFC Fight Pass.

Where can I get the best odds for the Elise Reed vs Sam Hughes UFC fight?

Use the AllStar’s directory to find the best sportsbooks and recommendations on where to place UFC bets online. If you just want to play for fun, head over to to our Fantasy UFC picks app to make your fight predictions for Elise Reed vs Sam Hughes totally FREE.