Gunnar Nelson vs Takashi Sato is set to go down at UFC Fight Night: Volkov vs. Aspinall at 2:30pm EST on Saturday 19th March 2022 in a 170lbs matchup.

Gunnar Nelson is returning from over 2 years outside of the Octagon. The Icelandic fighter is on a two-fight losing streak.

Takashi Sato lost his last fight to Miguel Baeza. Sato is now 2-2 in the UFC with two KO wins and two submission losses.

Gunnar Nelson opens as the favorite with betting odds of -350.

Takashi Sato will be the betting underdog with opening odds of +240.

Gunnar Nelson vs Takashi Sato was first reported on March 8th, just 12 days before the fight is set to take place.

Gunnar Nelson was booked to fight Brazilian Claudio Silva before his opponent withdrew due to injury.

This Welterweight scrap will take place on the main card at UFC Fight Night: Volkov vs. Aspinall.

Gunnar Nelson has lost two on the bounce, dropping decisions to two high-level opponents in Gilbert Burns and Leon Edwards.

Nelson’s last UFC win came in 2018 after he beat Alex Oliviera via rear-naked choke. The submission specialist has won 7 of his 8 UFC wins by submission.

Takashi Sato started 2020 with a bang with a 48-second knockout against Jason Witt. However, Sato lost his next fight to Miguel Baeza via Round 2 submission.

Sato has alternated wins and losses since joining the UFC in 2019. He beat Ben Saunders by knockout before suffering a submission loss to Belal Muhammad.

Both of these fighters are well-matched in terms of height and reach.

Gunnar Nelson has maintained an impressive 95% finishing rate over his career. Sato has finished 82% of his victories.

Fans have eagerly awaited Gunnar Nelson’s return to the Octagon. The Icelander has spent over 2 years on the sidelines.

Takashi Sato has earned two impressive knockouts during his time in the promotion. Both men can finish the fight at any moment.

Gunnar Nelson has lost two-in-a-row, so he will be eager to return to the win column. Sato is also coming off a loss.

While neither would appear in danger of being cut, this fight is a must-win for both fighters.

The oddsmakers’ predictions see Gunnar Nelson as the heavy favorite with bettings odds of -350.

UFC Middleweight Champion Israel Adesanya predicts that ring rust could be a factor:

“No matter what people say, it’s real. Two-and-a-half years out of the Octagon can drain you.”

Get your Gunnar Nelson vs Takashi Sato picks in.

Gunnar Nelson vs Takashi Sato tale of the tape 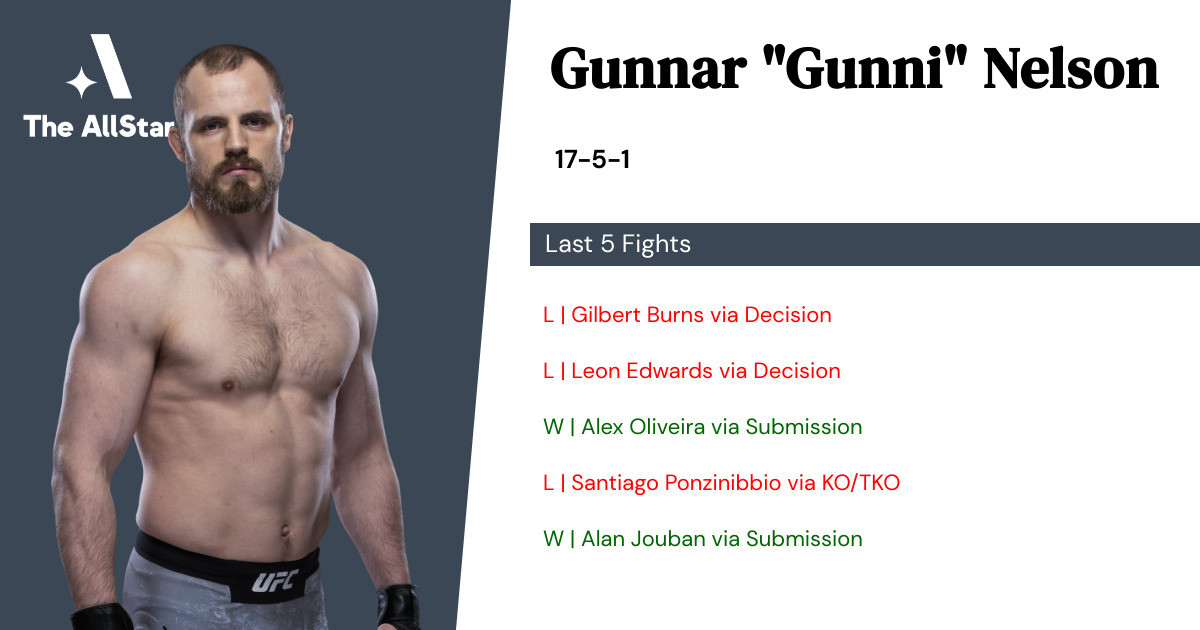 Gunnar Nelson has a 95% finish rate, including 3 by knockout, 13 by submission, 1 by decision.

Gunnar Nelson is currently on a 2 fight losing skid. 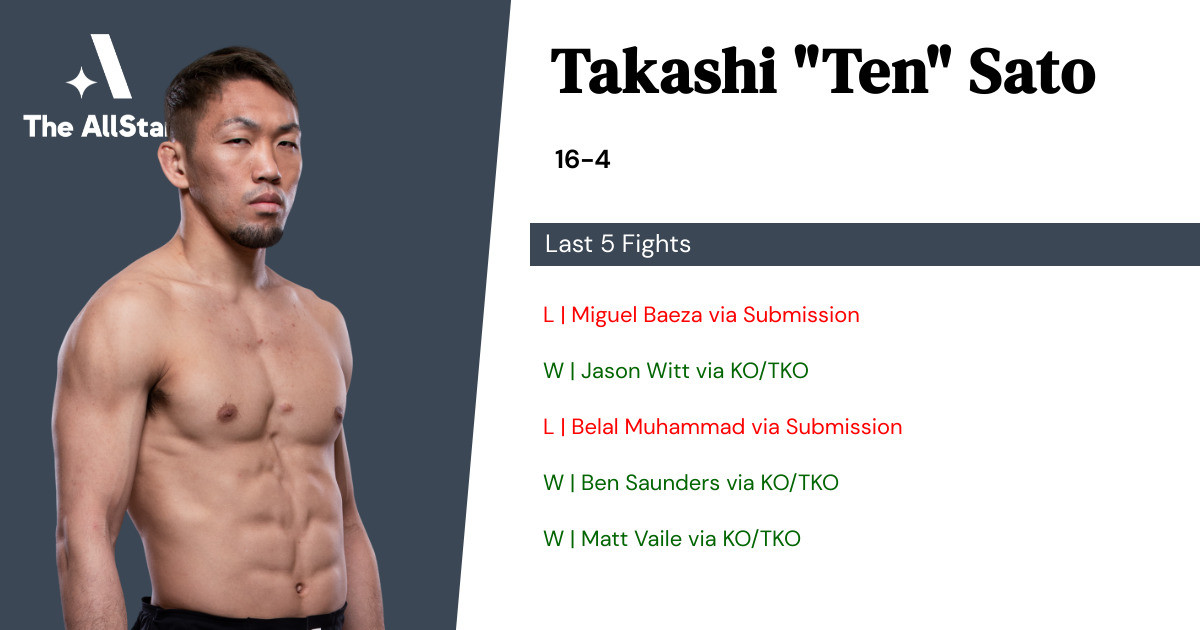 Takashi Sato has a 82% finish rate, including 11 by knockout, 2 by submission, 3 by decision.

Takashi Sato is looking to get back to winning ways after a loss at the hands of Miguel Baeza at UFC Fight Night: Smith vs. Clark.

Gunnar Nelson vs Takashi Sato is set to go down at UFC Fight Night – Volkov vs. Aspinall. The fight is expected to start at around 2:30pm EST on Saturday 19th March 2022.

ESPN+ is the best option to live stream Gunnar Nelson vs Takashi Sato if you live in the United States. Outside of the USA, the best option is to register for UFC Fight Pass.

Where can I get the best odds for the Gunnar Nelson vs Takashi Sato UFC fight?

Use the AllStar’s directory to find the best sportsbooks and recommendations on where to place UFC bets online. If you just want to play for fun, head over to to our Fantasy UFC picks app to make your fight predictions for Gunnar Nelson vs Takashi Sato totally FREE.