Prior to his most recent loss to Movsar Evloev, Dawodu was on a six-fight win streak with notable wins over Julio Arce and Zubaira Tukhugov.

Hakeem Dawodu is the betting favorite with opening odds of -170. Placing a bet on Dawodu means you would need to bet $170 in order to win $100.

These two Featherweight prospects go head to head on the prelims at UFC Vegas 47: Hermansson vs Strickland.

Fight news broke on October 11th, 2021 and was confirmed by MMA Junkie.

Before this, Dawodu was on a six-fight win streak after losing his UFC debut by submission after just 39 seconds.

Trizano upset the odds in his last fight against L’udovit Klein, closing as a +235 underdog. Despite the unanimous decision victory, 11 out of 14 major media outlet picks had the fight for Klein.

Dawodu is the shorter man at 5”8, although he will have a 2-inch reach advantage over Trizano. Trizano is 5”11 with a reach of 71”.

In his UFC career, Dawodu has landed an average of 4.72 significant strikes per minute, compared to Trizano’s 3.22.

Both fighters come from a kickboxing background, so this one should be an exciting fight on the feet. Trizano has mixed in the grappling occasionally in his UFC career, while Dawodu has never shot for a takedown since joining the UFC.

Either fighter could break into the Top 15 with a victory. Added to his upset over Klein, Trizano beating Dawodu would likely bring a ranked opponent next.

Dawodu’s loss to top prospect Mosvar Evloev won’t tarnish his record too much. A convincing victory over Trizano and “Mean” Hakeem can expect a ranked opponent too.

Trizano told The AllStar that securing a finish would all but guarantee a Top 15 matchup in his next fight.

The bookmakers odds have Dawodu as the slight favorite at -170.

Mike Trizano’s prediction for the fight is that it will be a great striking matchup.

Get your Hakeem Dawodu vs Mike Trizano picks in here.

Hakeem Dawodu vs Mike Trizano is set to go down at UFC Vegas 47: Hermansson vs. Strickland at 8:00pm EST on Saturday 5th February 2022 in a 145lbs matchup.

Hakeem Dawodu opened as a -170 betting favorite. Placing a bet on Dawodu means you would need to bet $170 in order to win $100.

Where to bet on Hakeem Dawodu vs Mike Trizano

Hakeem Dawodu vs Mike Trizano tale of the tape 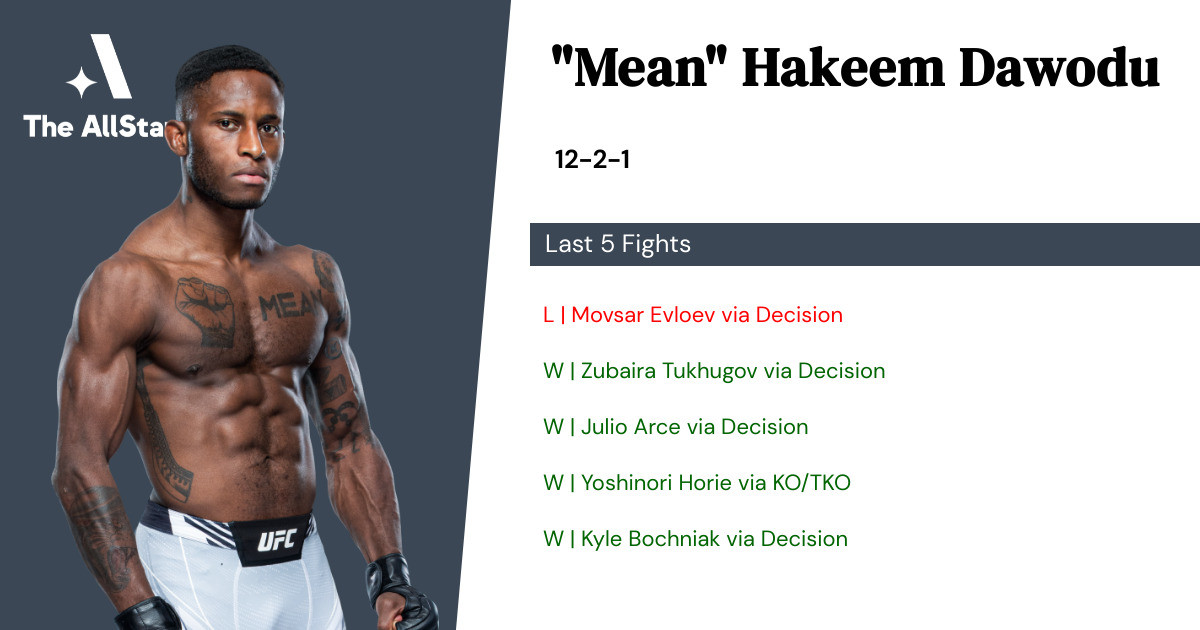 Hakeem Dawodu has a 59% finish rate, including 7 by knockout, 5 by decision.

Hakeem Dawodu is looking to get back to winning ways after a loss at the hands of Movsar Evloev at UFC 263: Adesanya vs. Vettori 2. 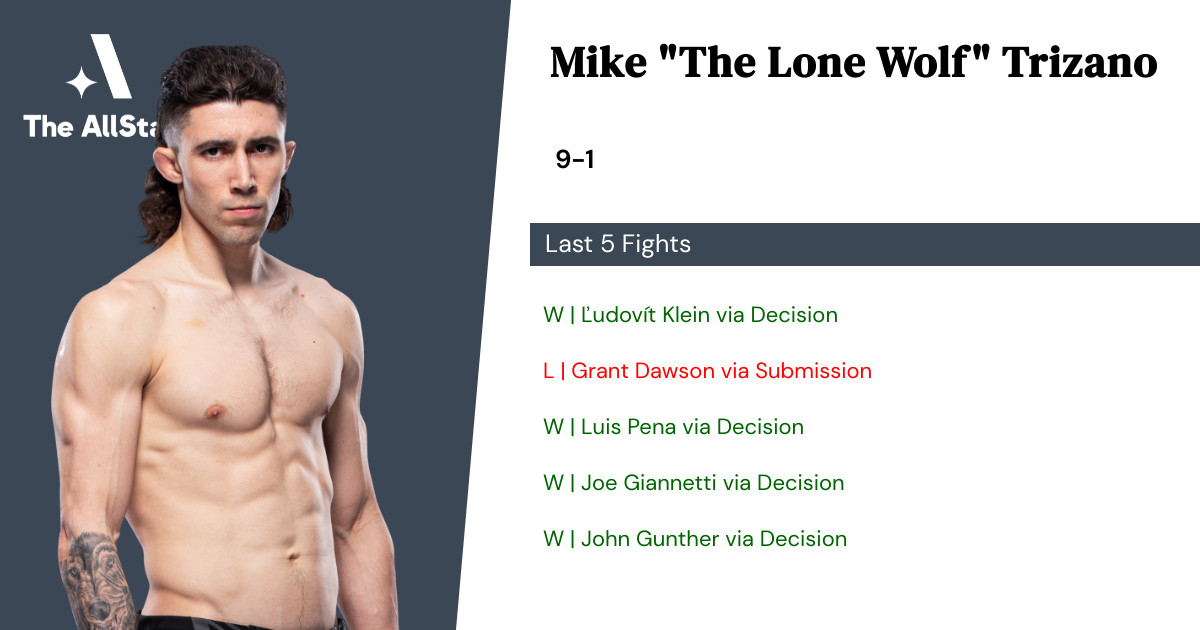 Mike Trizano has a 34% finish rate, including 3 by knockout, 2 by submission, 6 by decision.

Mike Trizano is looking to put together a winning streak, having last beaten Ľudovít Klein at UFC Fight Night: Rodriguez vs. Waterson.

Hakeem Dawodu vs Mike Trizano is set to go down at UFC Vegas 47 – Hermansson vs. Strickland. The fight is expected to start at around 8:00pm EST on Saturday 5th February 2022.

ESPN+ is the best option to live stream Hakeem Dawodu vs Mike Trizano if you live in the United States. Outside of the USA, the best option is to register for UFC Fight Pass.

Where can I get the best odds for the Hakeem Dawodu vs Mike Trizano UFC fight?