Ian Garry announced himself to UFC fans with an impressive first-round knockout victory over Jordan Williams.

Darian Weeks stepped in on short notice for his UFC debut, dropping a decision to veteran Bryan Barberena.

This Welterweight matchup is expected to take place on the prelims at UFC 273: Volkanovski vs Korean Zombie.

Ian Garry is touted as the next big thing to come out of Ireland. Garry showcased his skills with a first-round KO against Jordan Williams at UFC 268.

The undefeated Irishman was crowned the Cage Warriors Welterweight Champion in June 2021 before joining the UFC.

Darian Weeks was called up to the UFC on short notice, stepping in to fight Bryan Barberena on just five days’ notice.

The American has had five victories in his pro MMA career since his debut in 2019, with all five wins coming by way of stoppage.

Ian Garry will be the taller fighter in this matchup at 6”3, while Darian Weeks is 5”11. Garry will also have a 2-inch reach advantage.

The Irishman is also the younger man at 24 years old compared to Weeks who is 28.

This fight will be the second UFC appearance for the much-heralded Ian Garry. While comparisons to fellow-Irishman Conor McGregor may be premature, Garry has already delivered a Round 1 KO.

Darian Weeks brings a 100% finishing rate to the Octagon. Despite facing a battle-hardened vet in Bryan Barberena, Weeks held his own and has a bright future in the promotion.

Both of these up-and-coming fighters are looking to make an impression in the UFC. A big win for Ian Garry could convince the UFC to match him up with a ranked opponent. Darian Weeks is looking to rack up his first win in the promotion.

The oddsmakers’ predictions have Ian Garry as the favorite with opening odds of -225.

Darian Weeks made his predictions during an exclusive with The AllStar:

Get your Ian Garry vs Darian Weeks picks in.

Ian Garry vs Darian Weeks tale of the tape 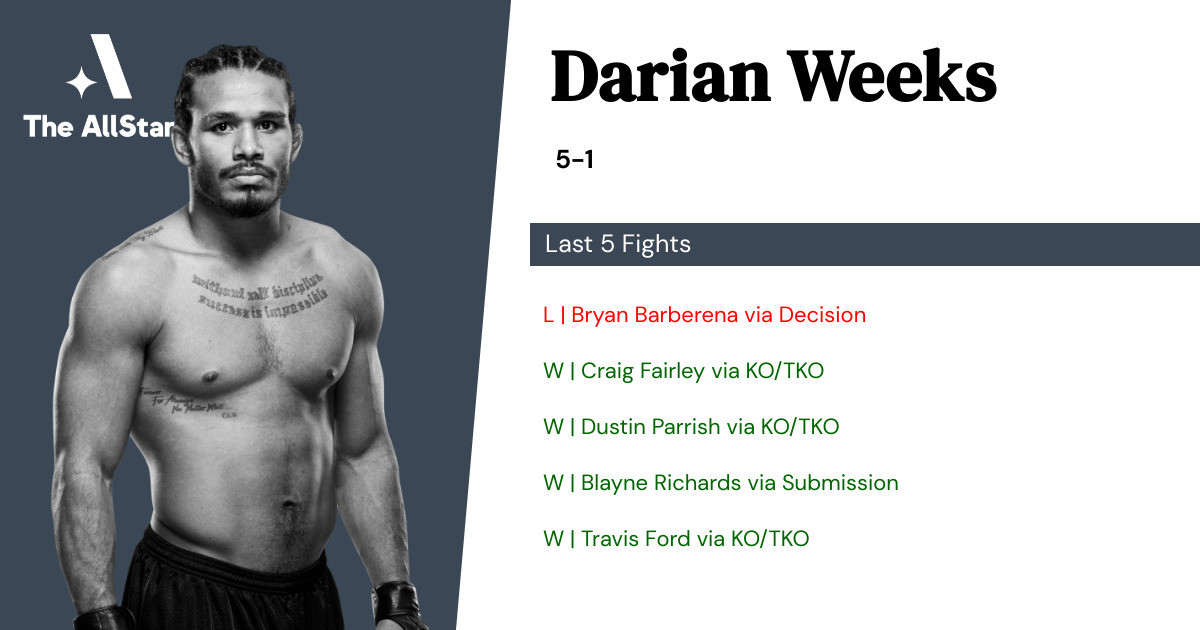 Darian Weeks has a 100% finish rate, including 3 by knockout, 2 by submission.

Darian Weeks is looking to get back to winning ways after a loss at the hands of Bryan Barberena at UFC Fight Night: Font vs. Aldo. 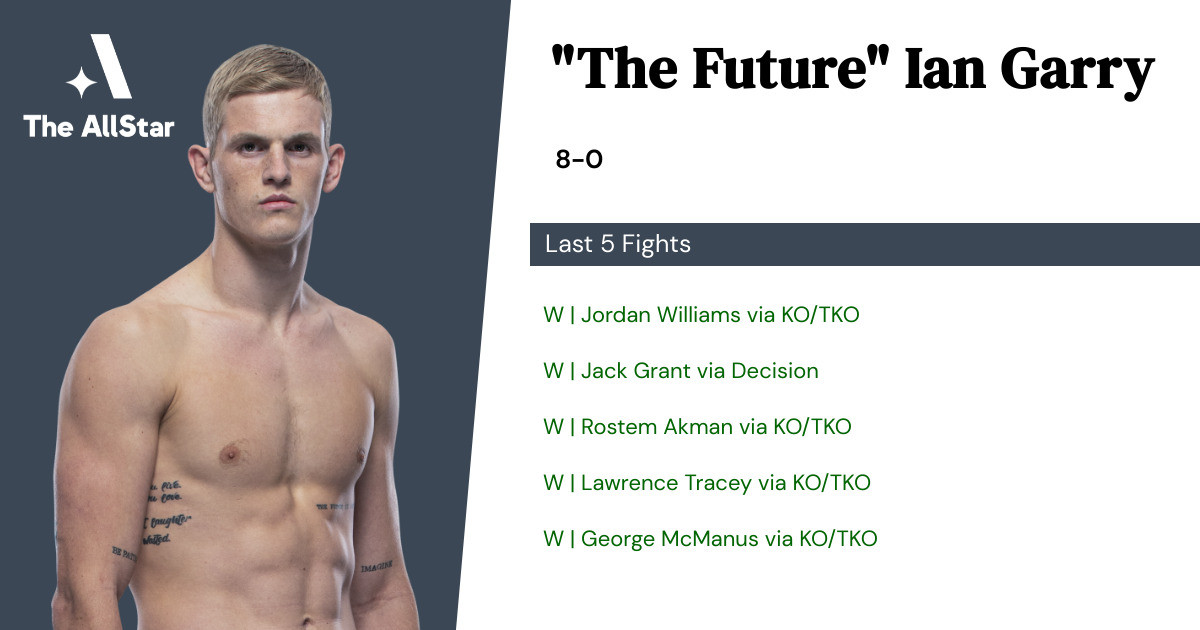 Ian Garry has a 75% finish rate, including 5 by knockout, 1 by submission, 2 by decision.

Ian Garry vs Darian Weeks is set to go down at UFC 273 – Volkanovski vs. Korean Zombie. The fight is expected to start at around 7:30pm EST on Saturday 9th April 2022.

ESPN+ is the best option to live stream Ian Garry vs Darian Weeks if you live in the United States. Outside of the USA, the best option is to register for UFC Fight Pass.

Where can I get the best odds for the Ian Garry vs Darian Weeks UFC fight?

Use the AllStar’s directory to find the best sportsbooks and recommendations on where to place UFC bets online. If you just want to play for fun, head over to to our Fantasy UFC picks app to make your fight predictions for Ian Garry vs Darian Weeks totally FREE.