Ian Garry extended his undefeated streak with his second UFC victory after cruising to a decision over Darian Weeks.

Ian Garry will be the betting favorite with opening odds of -160.

Gabe Green is the betting underdog with opening odds of +145.

This Welterweight matchup will take place on the prelims at UFC 276: Adesanya vs. Cannonier.

Ian Garry followed up his impressive UFC debut with a commanding performance against Darian Weeks at UFC 273.

Garry retained his perfect professional record after his highlight-reel first-round KO against Jordan Williams on his debut.

Gabe Green bounced back from a disappointing UFC debut with two consecutive wins over Philip Rowe and Yohan Lainesse.

Green grew into the fight against Lainesse and eventually stopped the highly-touted Canadian in the second round.

Ian Garry is significantly taller than his opponent at 6”3 compared to Green who is 5”10. However, this will translate to just a slight 1-inch reach advantage for the Irishman.

Garry is also younger at 24 years old, while Gabe Green is 29. Green brings more pro-MMA experience to the Octagon with 14 fights to Garry’s 9.

This is a fantastic matchup in the Welterweight division between two rising stars, so make sure you are tuning in to the prelims.

IAN GARRY WITH THE KICK AND THE WALK OFF.

Ian Garry is a dangerous striker who many believe will rise up the division in no time. He will face a well-rounded fighter in Gabe Green, who has already taken the undefeated record of another heralded 170lb-er in Yohan Lainesse.

The stakes are big for both of these young fighters who are looking to make a statement in the 170lb Division.

Ian Garry has his undefeated pro record on the line, while Gabe Green is looking to extend his winning streak to 3 fights and take another big scalp.

The oddsmakers’ predictions have Ian Garry as the betting favorite with opening odds of -160.

Get your Ian Garry vs Gabe Green picks in.

Ian Garry vs Gabe Green tale of the tape 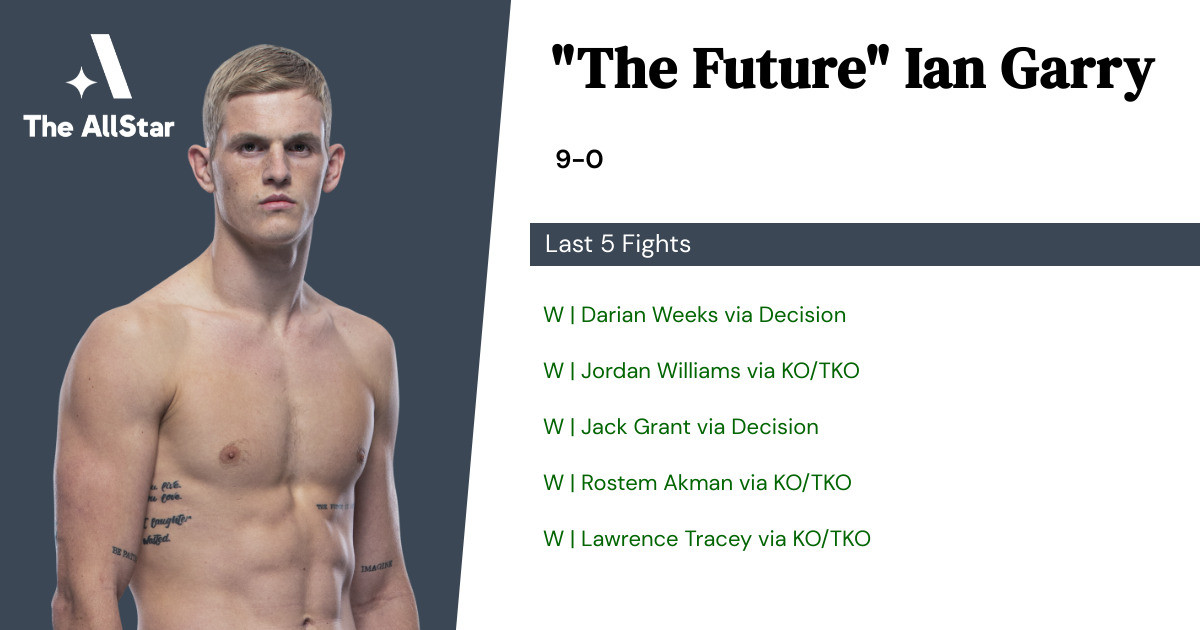 Ian Garry has a 67% finish rate, including 5 by knockout, 1 by submission, 3 by decision. 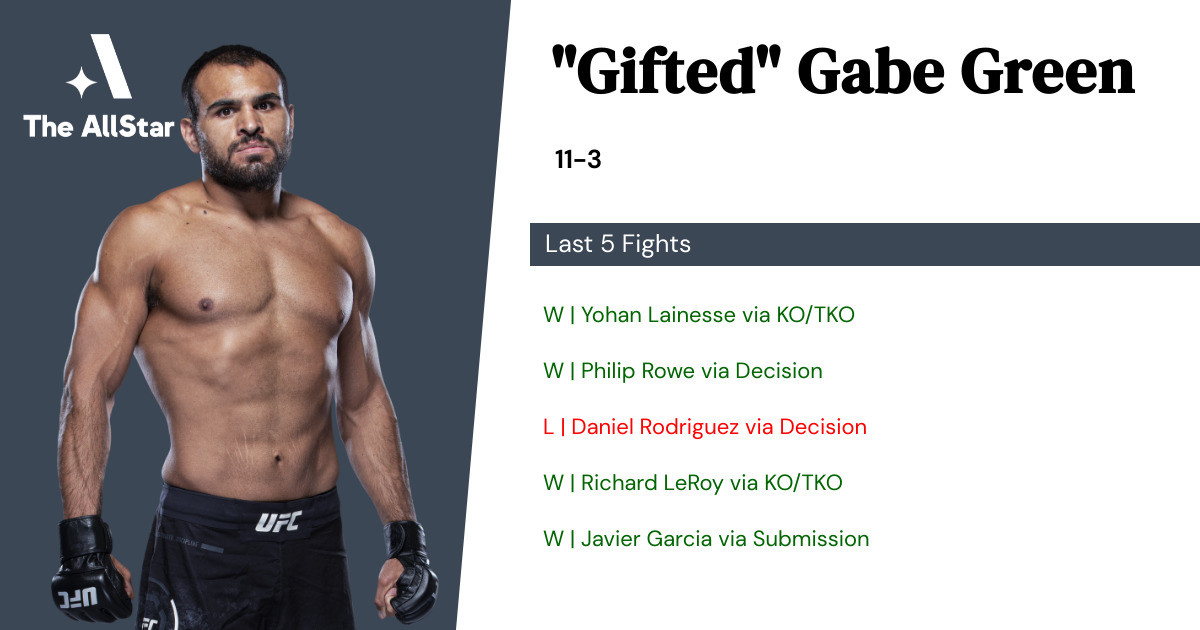 Gabe Green has a 91% finish rate, including 4 by knockout, 6 by submission, 1 by decision.

Ian Garry vs Gabe Green is set to go down at UFC 276 – Adesanya vs. Cannonier. The fight is expected to start at around 5:00pm EST on Saturday 2nd July 2022.

Where can I get the best odds for the Ian Garry vs Gabe Green UFC fight?

Use the AllStar’s directory to find the best sportsbooks and recommendations on where to place UFC bets online. If you just want to play for fun, head over to to our Fantasy UFC picks app to make your fight predictions for Ian Garry vs Gabe Green totally FREE.