Australian Jacob Malkoun got back to winning ways in his last fight, securing a unanimous decision victory over Abdul Razak Alhassan in April 2021.

AJ Dobson will be making his UFC debut after impressing on Dana White’s Contender Series. Dobson won his fight in the first-round via rear-naked choke.

AJ Dobson opened as the betting favorite with odds of -150. Jacob Malkoun is the slight underdog with opening betting odds of +135.

Jacob Malkoun vs AJ Dobson was initially scheduled to take place at UFC 270 before it was moved to UFC 271.

This will be AJ Dobson’s UFC debut. Malkoun’s training partner Robert Whittaker will be headlining the UFC 271 main card.

Jacob Malkoun got his first win in the UFC with a dominant 30-27 unanimous decision victory over Abdul Razak Alhassan. All major media outlet picks agreed, with some even giving Malkoun a 30-26 win.

Locks in his first UFC win 🔒

🇦🇺 Jacob Malkoun gets the UD at #UFCVegas24. pic.twitter.com/Dx7CAV1Xvb

Malkoun’s UFC debut did not go as planned, losing by knockout to Phil Hawes in just 18 seconds at UFC 254.

AJ Dobson took his chance on Dana White’s Contender Series by finishing Hashem Arkhagha in Round 1. Dobson dropped his opponent and rained down heavy blows before cinching in the rear-naked choke.

Dobson enters his UFC debut with a perfect 6-0 record. He has finished 5 out of 6 victories, 3 by KO and 2 by submission.

AJ Dobson is the much taller fighter at 6”1 compared to Malkoun who is 5”9. Dobson will also have a 4-inch reach advantage with a 77-inch reach.

Jacob Malkoun is the younger man at 26 years old, while AJ Dobson is 30. Both fighters have a similar level of professional experience.

Both of these fighters are hugely talented prospects still in the infancy of their MMA careers. Malkoun is primarily known as a striker but mixed up his game to defeat Alhassan in his last fight.

AJ Dobson has knockouts and chokes on his record, so he will be comfortable wherever the fight goes. This scrap will be an exciting one between two up-and-comers in the 185lbs division.

Any fighter making their UFC debut knows exactly how high the stakes are. These two young fighters are looking to establish their names in the promotion and climb up the rankings. After stringing together a few wins, a Top 15 opponent beckons for either man.

The oddsmakers’ predictions favor AJ Dobson who opens as the slight betting favorite.

While the odds are against Jacob Malkoun, he upset the bookies’ predictions in his last fight against Alhassan after closing as a +250 underdog.

Get your Jacob Malkoun vs AJ Dobson picks in.

Where to bet on Jacob Malkoun vs AJ Dobson

Jacob Malkoun vs AJ Dobson tale of the tape 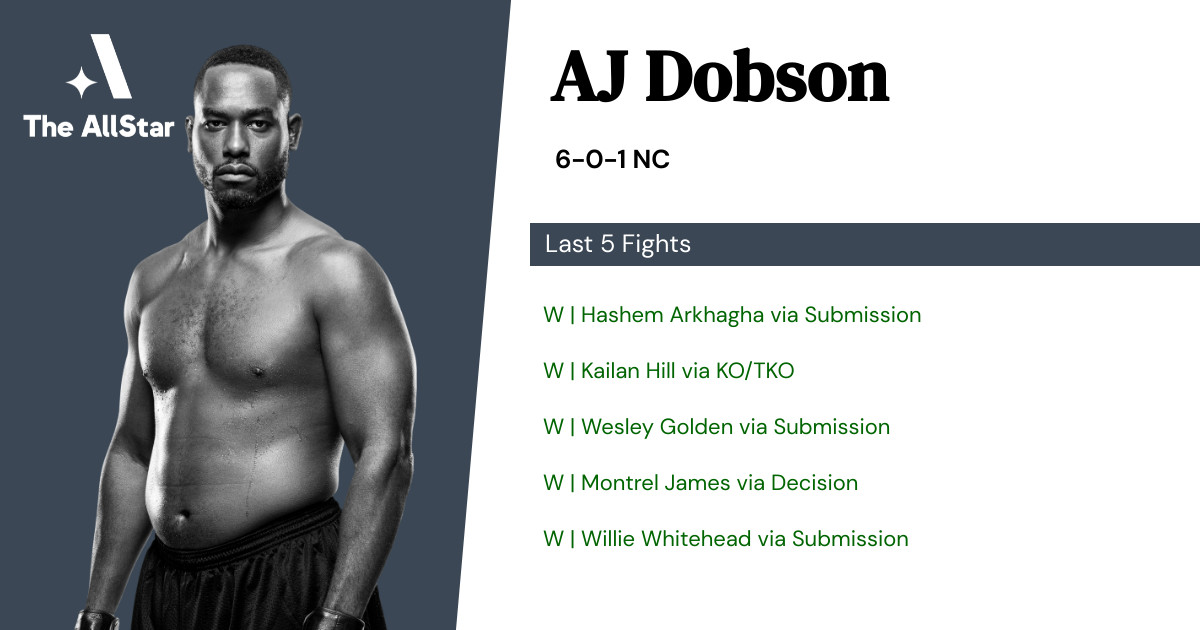 AJ Dobson has a 84% finish rate, including 2 by knockout, 3 by submission, 1 by decision. 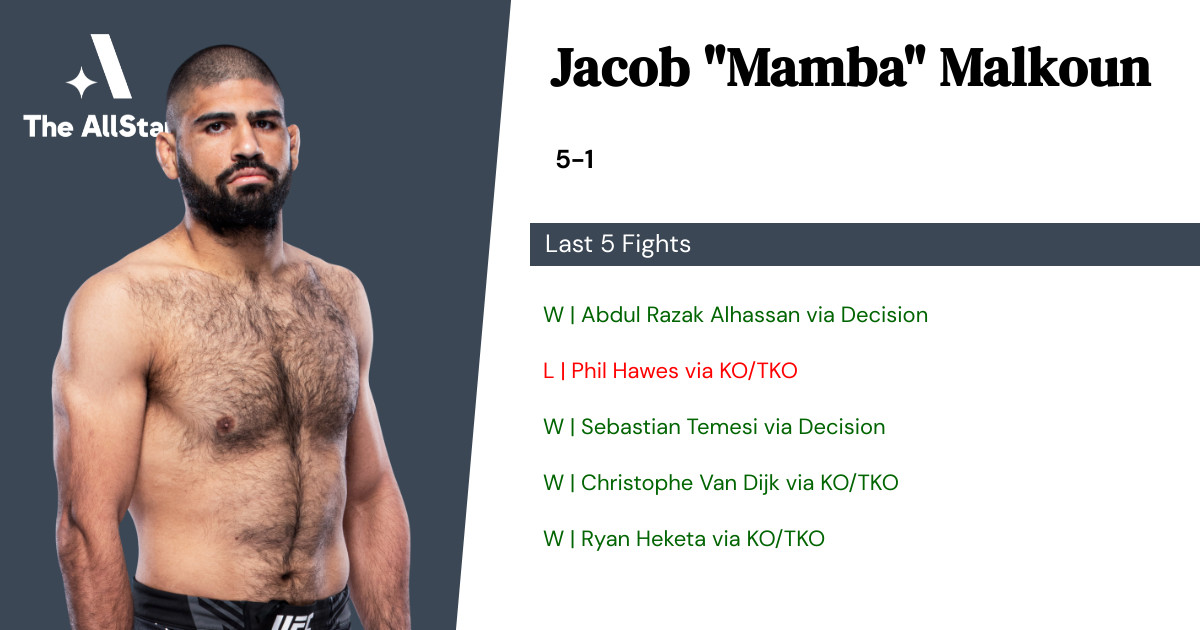 Jacob Malkoun has a 40% finish rate, including 2 by knockout, 3 by decision.

Jacob Malkoun is looking to put together a winning streak, having last beaten Abdul Razak Alhassan at UFC Fight Night: Whittaker vs. Gastelum.

Jacob Malkoun vs AJ Dobson is set to go down at UFC 271 – Adesanya vs. Whittaker 2. The fight is expected to start at around 9:30pm EST on Saturday 12th February 2022.

ESPN+ is the best option to live stream Jacob Malkoun vs AJ Dobson if you live in the United States. Outside of the USA, the best option is to register for UFC Fight Pass.

Where can I get the best odds for the Jacob Malkoun vs AJ Dobson UFC fight?