Jai Herbert was on the wrong end of a vicious knockout after facing rising star Ilia Topuria in March.

Kyle Nelson suffered another UFC defeat after he was knocked out by Billy Quarantillo back in September 2020.

This Lightweight matchup will take place on the prelims at UFC Fight Night: Blaydes vs. Aspinall.

Jai Herbert suffered his third defeat in four fights after he was knocked out by Ilia Topuria, despite the Englishman knocking his opponent down early.

Kyle Nelson is also 1-3 in the UFC after a stoppage defeat to Billy Quarantillo. Nelson will be returning to the octagon after almost 2 years away.

MASSIVE ELBOW from Kyle Nelson leads to an early night for the Canadian! wow! #UFCMexico pic.twitter.com/bMgL0TBq8L

Nelson earned his first victory in the promotion with a first-round knockout over Polo Reyes in September 2019.

Jai Herbert is the taller fighter in this matchup at 6”1 compared to Nelson who is 5”11. Herbert will also have a massive 6-inch reach advantage.

The stats show a difference in approach between the two fighters. Striker Jai Herbert has never shot for a takedown in the UFC, while Kyle Nelson has averaged 0.96 TDs per 15 minutes.

Jai Herbert is one of the more technical strikers in the UFC Lightweight division and has shown flashes of class over his brief UFC career.

He will have his hands full with Kyle Nelson who has several knockouts and submissions on his record.

Both fighters are 1-3 in the promotion so there is a lot at stake. Another defeat for either man could be the end of their time in the UFC.

The oddsmakers’ predictions have Jai Herbert as the betting favorite with opening odds of -270.

Get your Jai Herbert vs Kyle Nelson picks in.

Jai Herbert vs Kyle Nelson tale of the tape 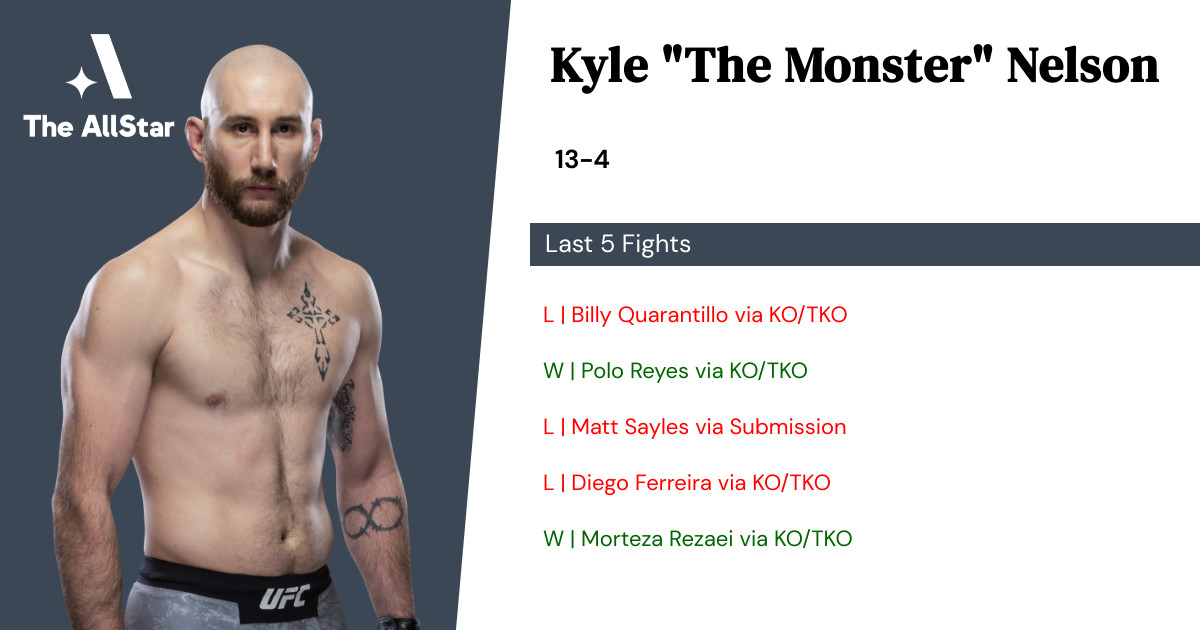 Kyle Nelson has a 70% finish rate, including 5 by knockout, 4 by submission, 4 by decision.

Kyle Nelson is looking to get back to winning ways after a loss at the hands of Billy Quarantillo at UFC Fight Night: Waterson vs. Hill. 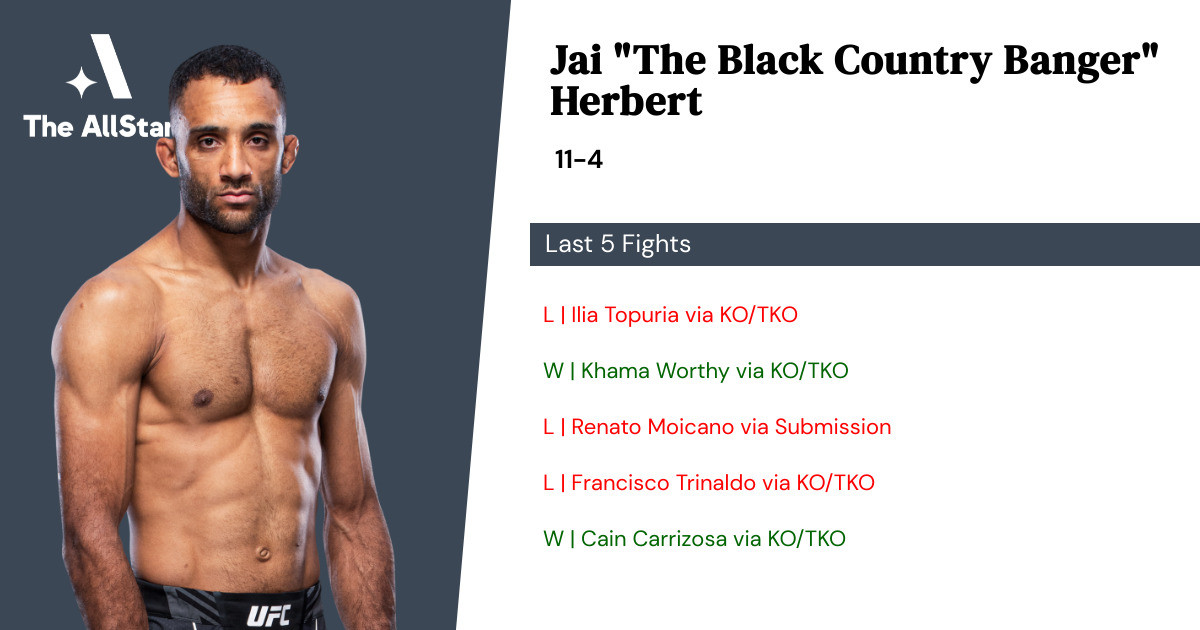 Jai Herbert has a 91% finish rate, including 9 by knockout, 1 by submission, 1 by decision.

Jai Herbert is looking to get back to winning ways after a loss at the hands of Ilia Topuria at UFC Fight Night: Volkov vs. Aspinall.

Jai Herbert vs Kyle Nelson is set to go down at UFC Fight Night – Blaydes vs. Aspinall. The fight is expected to start at around 11:00am EST on Saturday 23rd July 2022.

ESPN+ is the best option to live stream Jai Herbert vs Kyle Nelson if you live in the United States. Outside of the USA, the best option is to register for UFC Fight Pass.

Where can I get the best odds for the Jai Herbert vs Kyle Nelson UFC fight?

Use the AllStar’s directory to find the best sportsbooks and recommendations on where to place UFC bets online. If you just want to play for fun, head over to to our Fantasy UFC picks app to make your fight predictions for Jai Herbert vs Kyle Nelson totally FREE.