Jake Matthews saw his three-fight winning streak come to an end after he lost to undefeated Sean Brady by submission at UFC 259.

Andre Fialho has put together two consecutive first-round knockout wins in less than a month after knocking out Cameron VanCamp at UFC 274.

Jake Matthews vs Andre Fialho was first reported on May 18th.

Fialho will be making a quick return to the Octagon after fighting on May 7th.

Jake Matthews is looking to return to winning ways after suffering a submission defeat to Sean Brady in his last UFC appearance in March 2021.

The Australian has won six of his last eight UFC fights, including notable victories over Jingliang Li and Diego Sanchez.

Andre Fialho will take his third fight in as many months after earning a knockout victory in April and May of this year.

The welterweight division has a new force to be reckoned with 👊

The Portuguese fighter came up short on his UFC debut against contender Michel Pereira but has turned things around spectacularly with vicious knockout wins over Miguel Baeza and Cameron VanCamp.

Andre Fialho will be the taller fighter in this matchup at 6”0, while Matthews is 5”11. Fialho will also have a slight 2-inch reach advantage.

This is a tremendous piece of matchmaking by the UFC. Andre Fialho has burst onto the scene in 2022 and is looking to make it three wins in a row.

Jake Matthews brings an all-round MMA game that could prove difficult for the Portuguese boxing standout. This is a definite contender for Fight of the Night.

Both of these fighters are on their way up in the UFC Welterweight Division, so there is a lot at stake.

The winner of this matchup will likely find themselves squaring off against a Top 15 opponent next.

The oddsmakers’ predictions have Andre Fialho as the betting favorite in this fight with opening odds of -175.

Get your Jake Matthews vs Andre Fialho picks in.

Jake Matthews vs Andre Fialho tale of the tape

Andre Fialho has the better record against the shared opposition, at 1-0 to Jake Matthews’s record of 0-1 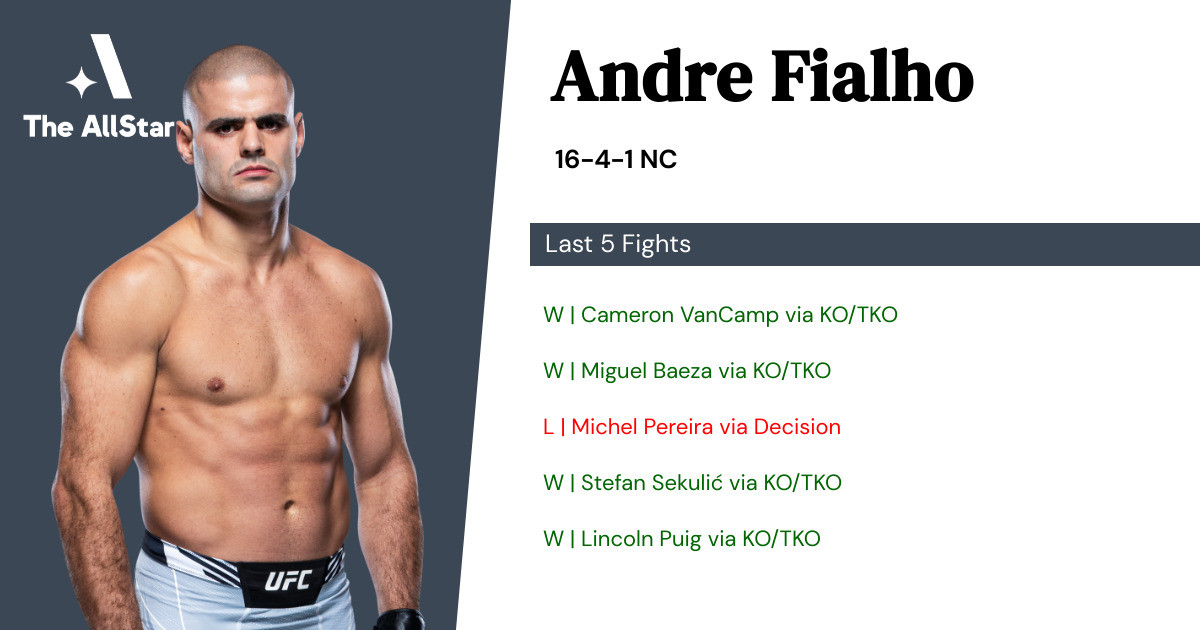 Andre Fialho has a 88% finish rate, including 13 by knockout, 1 by submission, 2 by decision. 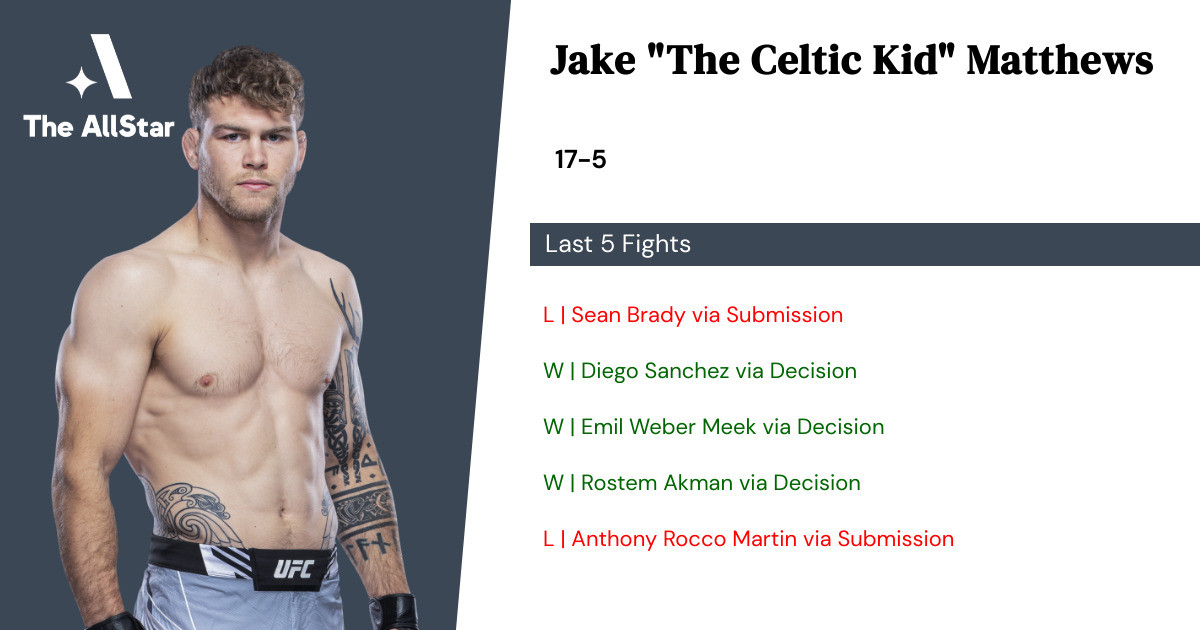 Jake Matthews has a 65% finish rate, including 4 by knockout, 7 by submission, 6 by decision.

Jake Matthews is looking to get back to winning ways after a loss at the hands of Sean Brady at UFC 259: Błachowicz vs. Adesanya.

Jake Matthews vs Andre Fialho is set to go down at UFC 275 – Teixeira vs. Procházka. The fight is expected to start at around 5:00pm EST on Saturday 11th June 2022.

ESPN+ is the best option to live stream Jake Matthews vs Andre Fialho if you live in the United States. Outside of the USA, the best option is to register for UFC Fight Pass.

Where can I get the best odds for the Jake Matthews vs Andre Fialho UFC fight?

Use the AllStar’s directory to find the best sportsbooks and recommendations on where to place UFC bets online. If you just want to play for fun, head over to to our Fantasy UFC picks app to make your fight predictions for Jake Matthews vs Andre Fialho totally FREE.