Jared Gordon has put together a three-fight winning streak since his knockout defeat to Lightweight champion Charles Oliveira in 2019.

Grant Dawson has yet to taste defeat in his six UFC fights. His recent back-and-forth scrap with Ricky Glenn went to a majority decision.

Grant Dawson will be the betting favorite with opening odds of -140.

Jared Gordon is the betting underdog with opening odds of +125.

Grant Dawson is stepping into this fight on a month’s notice after Jared Gordon’s original opponent, Rafael Alves, withdrew.

Gordon has gone 6-3 since making his UFC debut in 2017. All three of his defeats have come by knockout against Brazilian opposition.

Grant Dawson dominated the first two rounds of his recent fight with Ricky Glenn before his resurgent opponent scored a 10-8 in Round 3 to force a majority draw.

WHAT!? DAWSON WITH ONE SECOND REMAINING 😳 #UFCVegas22 pic.twitter.com/WzA9MVhIKx

Prior to this, Dawson had won five fights in a row since making his UFC debut in 2019. The Nebraskan earned his UFC contract with a submission victory on Dana White’s Contender Series in 2017.

Grant Dawson is the taller fighter at 5”10, while Jared Gordon is 5”9. Importantly, Grant Dawson will have a significant 4-inch reach advantage over this fight.

The stats show that both fighters mix in the grappling frequently in their fights. However, Jared Gordon has yet to attempt a submission in the UFC, while Grant Dawson attempts 1.3 submissions per 15 minutes.

This fight promises to be one of the best on the card. Grant Dawson is extremely tough and has finished three of his five UFC victories.

Jared Gordon has hit a great run of form after a previous run of three losses in four fights. Make sure you tune in for this fight.

Both of these fighters are on the cusp of breaking into the stacked UFC Lightweight rankings. Dawson has won five of his last six fights, while Gordon’s current run could be enough to earn him a number.

The oddsmakers’ predictions see late-replacement Grant Dawson as the slight favorite with opening odds of -140.

Jared Gordon made his predictions during an interview with the AllStar:

“Every time I predict a finish I don’t get it. So I’m going to win a dominant decision and hopefully get a finish.”

Get your Jared Gordon vs Grant Dawson picks in.

Jared Gordon vs Grant Dawson tale of the tape 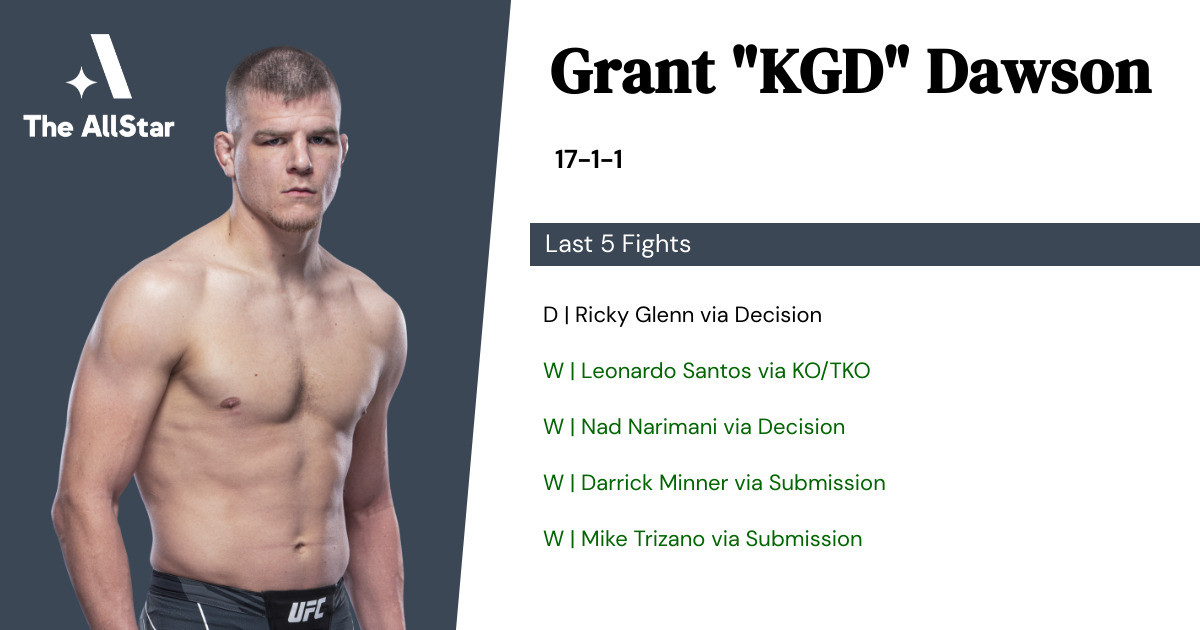 Grant Dawson has a 89% finish rate, including 4 by knockout, 11 by submission, 2 by decision. 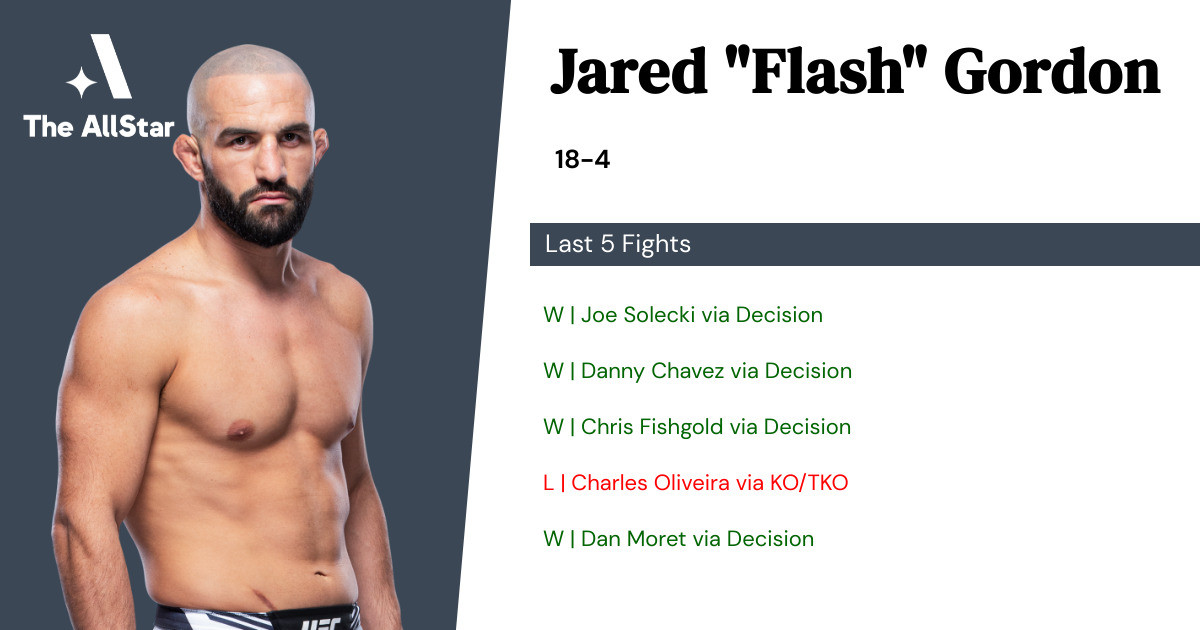 Jared Gordon has a 45% finish rate, including 6 by knockout, 2 by submission, 10 by decision.

Jared Gordon vs Grant Dawson is set to go down at UFC Fight Night – Font vs. Vera. The fight is expected to start at around 4:00pm EST on Saturday 30th April 2022.

ESPN+ is the best option to live stream Jared Gordon vs Grant Dawson if you live in the United States. Outside of the USA, the best option is to register for UFC Fight Pass.

Where can I get the best odds for the Jared Gordon vs Grant Dawson UFC fight?

Use the AllStar’s directory to find the best sportsbooks and recommendations on where to place UFC bets online. If you just want to play for fun, head over to to our Fantasy UFC picks app to make your fight predictions for Jared Gordon vs Grant Dawson totally FREE.