Jeremiah Wells vs Court McGee is set to go down at UFC Fight Night: Kattar vs. Emmett at 4:00pm EST on Saturday 18th June 2022 in a 170lbs matchup.

Jeremiah Wells made it two wins from two in the UFC with a first-round submission victory over Blood Diamond at UFC 271.

Court McGee is riding a two-fight winning streak after a dominant victory over Ramiz Brahimaj in January.

Jeremiah Wells will be the betting favorite with opening odds of -115.

Court McGee is the betting underdog with opening odds of +105.

This 170lbs scrap will take place on the prelims at UFC Fight Night: Kattar vs. Emmett.

Jeremiah Wells followed up his impressive UFC debut with a quick finish on his sophomore appearance, defeating Blood Diamond by rear-naked choke in the first round.

Wells started his UFC career with a bang after knocking out Warlley Alves in June 2021.

Court McGee showcased his polished grappling skills with a flawless display against Ramiz Brahimaj in his last Octagon appearance.

SAVED BY THE BELL 🔔

McGee extended his winning streak to two fights after defeating Claudio Silva last May. The Utah-native has turned things around after a run of five defeats from six between 2017 and 2020.

Court McGee is slightly older at 37 years old compared to Wells who is 35. McGee boasts far more MMA experience with 31 fights, while Wells has 13 pro fights.

The stats show that both fighters mix in the grappling often during fights, although their takedown accuracy is on the lower end.

Relative newcomer Jeremiah Wells will be squaring off against the veteran Court McGee in this intriguing Welterweight matchup.

Wells has shown tremendous power over his brief UFC career, stopping both of his opponents early.

Ultimate Fighter Season 11 Court McGee was on the verge of being cut from the promotion before stringing two victories together.

Both of these fighters are riding a two-fight winning streak and could stake their claim to a ranked opponent next with a victory here.

The oddsmakers’ predictions have Jeremiah Wells as the slight betting favorite with opening odds of -115.

Get your Jeremiah Wells vs Court McGee picks in.

Jeremiah Wells vs Court McGee tale of the tape 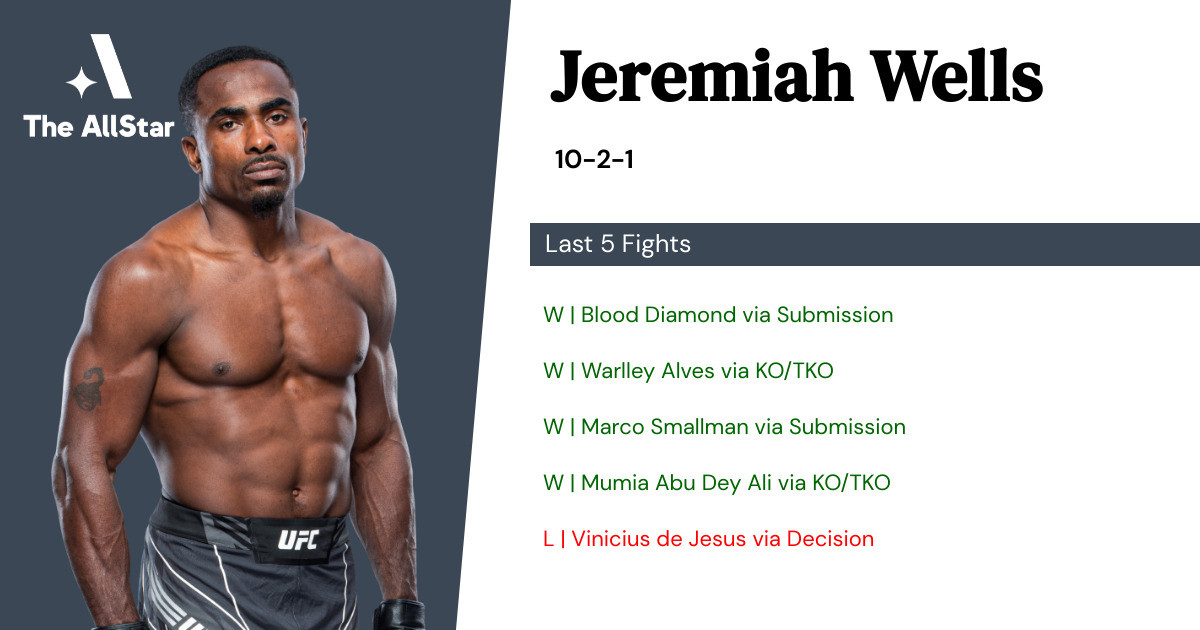 Jeremiah Wells has a 80% finish rate, including 4 by knockout, 4 by submission, 2 by decision. 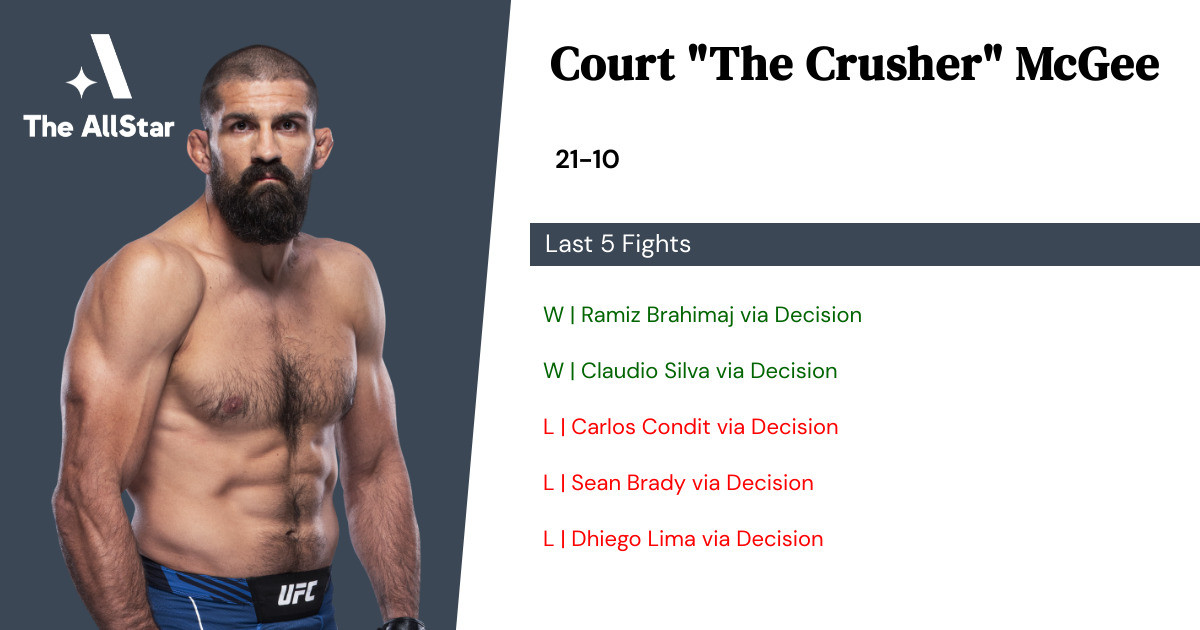 Court McGee has a 43% finish rate, including 3 by knockout, 9 by submission, 12 by decision.

Jeremiah Wells vs Court McGee is set to go down at UFC Fight Night – Kattar vs. Emmett. The fight is expected to start at around 4:00pm EST on Saturday 18th June 2022.

ESPN+ is the best option to live stream Jeremiah Wells vs Court McGee if you live in the United States. Outside of the USA, the best option is to register for UFC Fight Pass.

Where can I get the best odds for the Jeremiah Wells vs Court McGee UFC fight?

Use the AllStar’s directory to find the best sportsbooks and recommendations on where to place UFC bets online. If you just want to play for fun, head over to to our Fantasy UFC picks app to make your fight predictions for Jeremiah Wells vs Court McGee totally FREE.