Miesha Tate opened as a -110 very slight betting favorite. Placing a bet on Tate means you would need to bet $110 in order to win $100.

Where to bet on Ketlen Vieira vs Miesha Tate

Use the AllStar’s directory to find the best sportsbooks and recommendations on where to place UFC bets online. If you just want to play for fun, head over to to our Fantasy UFC picks app to make your fight predictions for Ketlen Vieira vs Miesha Tate totally FREE.

How to stream the Ketlen Vieira vs Miesha Tate fight online

Ketlen Vieira vs Miesha Tate tale of the tape 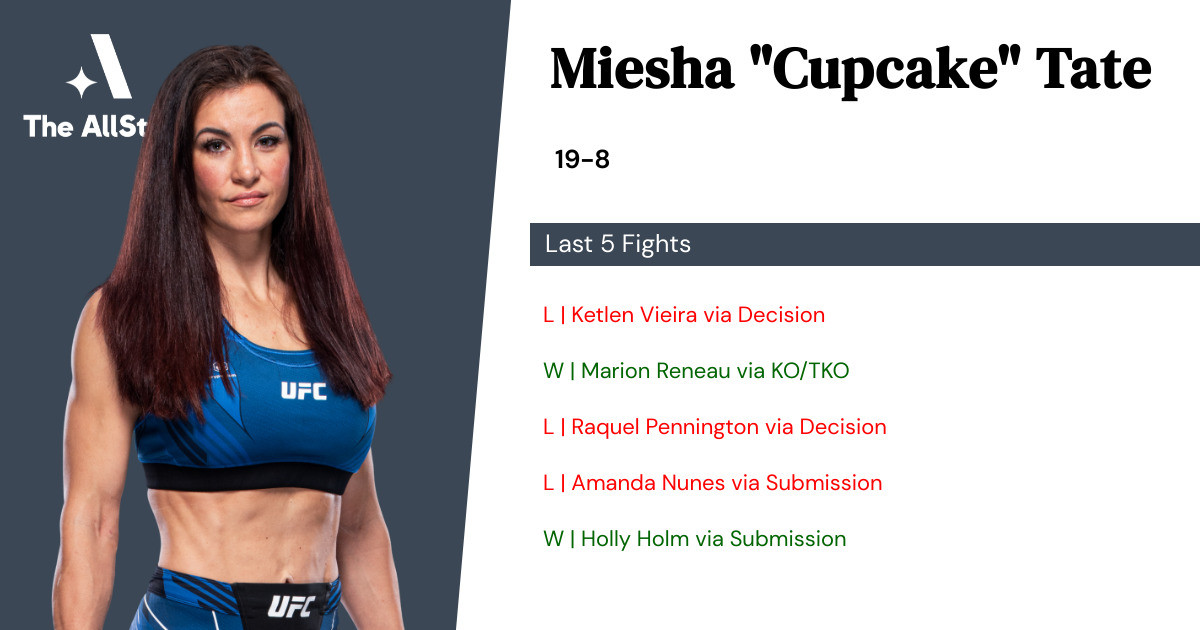 Miesha Tate has a 58% finish rate, including 4 by knockout, 7 by submission, 8 by decision.

Miesha Tate is looking to get back to winning ways after a loss at the hands of Ketlen Vieira at UFC Fight Night: Vieira vs. Tate. 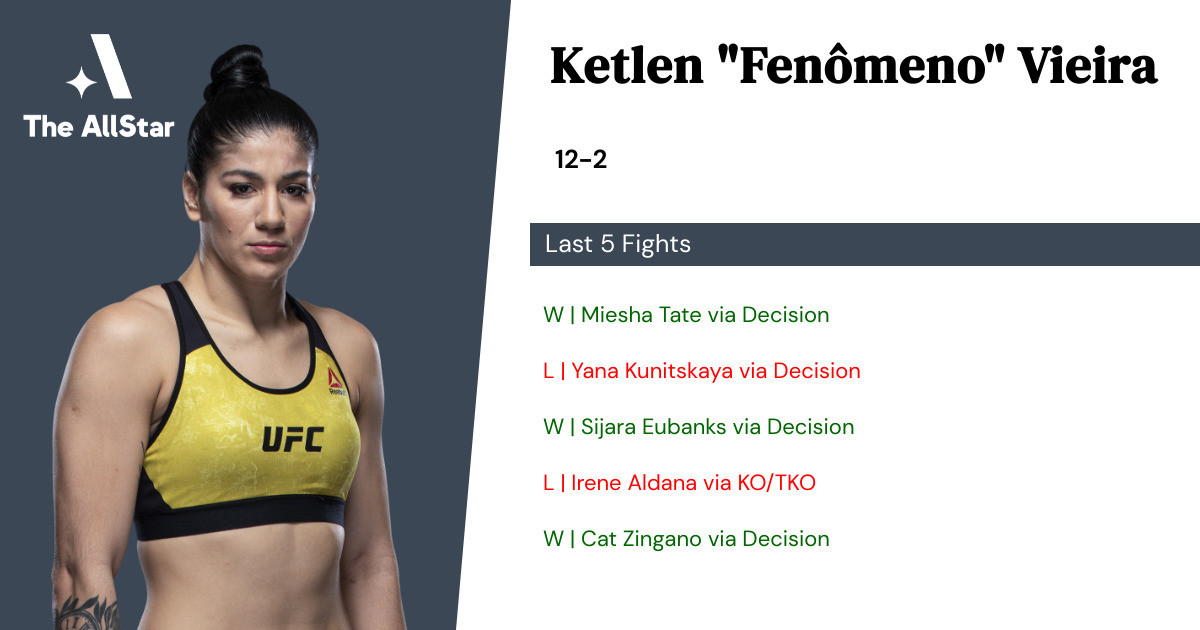 Ketlen Vieira has a 50% finish rate, including 2 by knockout, 4 by submission, 6 by decision.

Ketlen Vieira is looking to put together a winning streak, having last beaten Miesha Tate at UFC Fight Night: Vieira vs. Tate.