Kevin Holland will be making his UFC Welterweight debut after two decision losses at 185lbs to Marvin Vettori and Derek Brunson.

Alex Oliveira is on a three-fight losing streak after his most recent defeat to Niko Price. Oliveira has lost 6 of his last 8 UFC fights.

Kevin Holland opens as the favorite with betting odds of -250.

Alex Oliveira will be the betting underdog with opening odds of +215.

Kevin Holland vs Alex Oliveira was first reported on January 10th. This Welterweight scrap will take place on the main card of UFC 272.

This fight will be Kevin Holland’s debut at 170lbs in the UFC. His last fight at Welterweight came in 2017 in the LFA.

Alex Oliveira dropped a unanimous decision to Niko Price in his last Octagon appearance. He was coming off two consecutive rear-naked choke defeats to Shavkat Rakhmonov and Randy Brown.

Oliveira has just two UFC wins to his name in the last three years – decision victories over Max Griffin and Peter Sobotta in 2020.

Kevin Holland will be the much-taller fighter at 6”3, with Oliveira standing 5”10 tall.

Holland will have a significant five-inch reach advantage with his 81-inch reach.

This will be Kevin Holland’s much-anticipated 170lbs debut in the UFC.

Holland is one of the most exciting fighters in the UFC, combining dangerous striking with entertaining showmanship.

Alex Oliviera should not be counted out despite his run of losses. Oliveira is extremely tough and has the well-rounded game needed to challenge Holland.

Kevin Holland was rising up the Middleweight Division before being outgrappled in his two recent defeats. With a couple of big wins under his belt, Holland could easily make a run at the 170lbs belt.

For Alex Oliveira, his UFC days may be numbered with an underwhelming performance. On the contrary, a big upset here would surely convince the top brass to keep him.

The oddsmakers’ predictions see Kevin Holland as the big favorite with opening betting odds of -250.

“Holland is very unpredictable. He’s coming down a weight class against a fellow wildman in Oliviera.”

Get your Kevin Holland vs Alex Oliveira picks in.

Where to bet on Kevin Holland vs Alex Oliveira

Kevin Holland vs Alex Oliveira tale of the tape 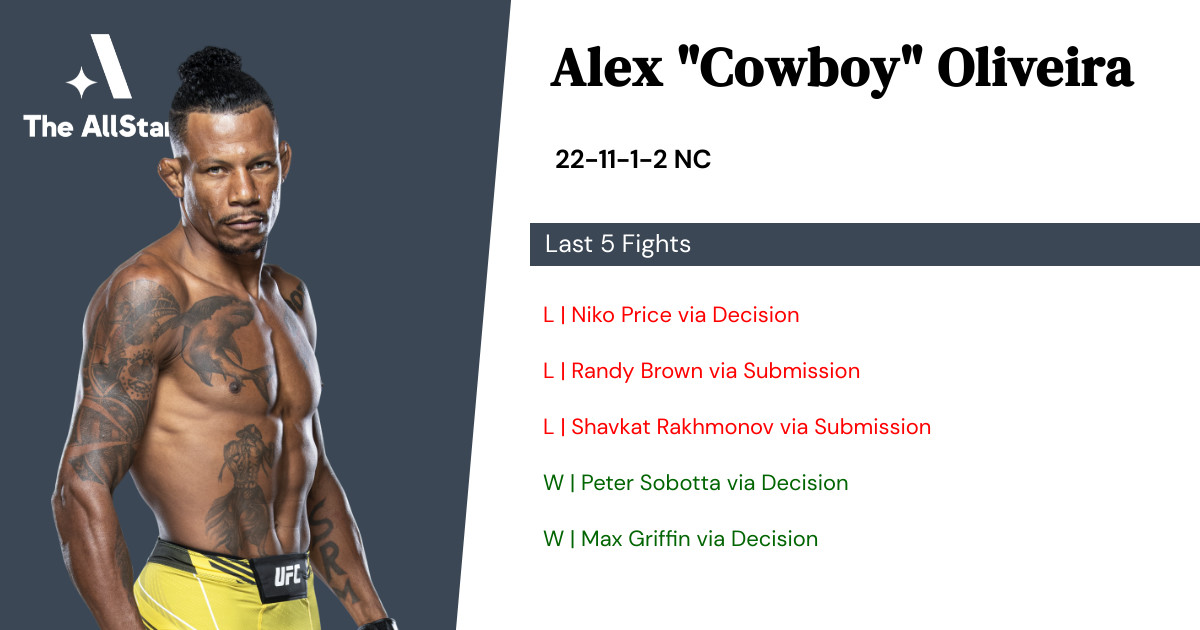 Alex Oliveira has a 78% finish rate, including 12 by knockout, 5 by submission, 5 by decision.

Alex Oliveira is currently on a 3 fight losing skid. 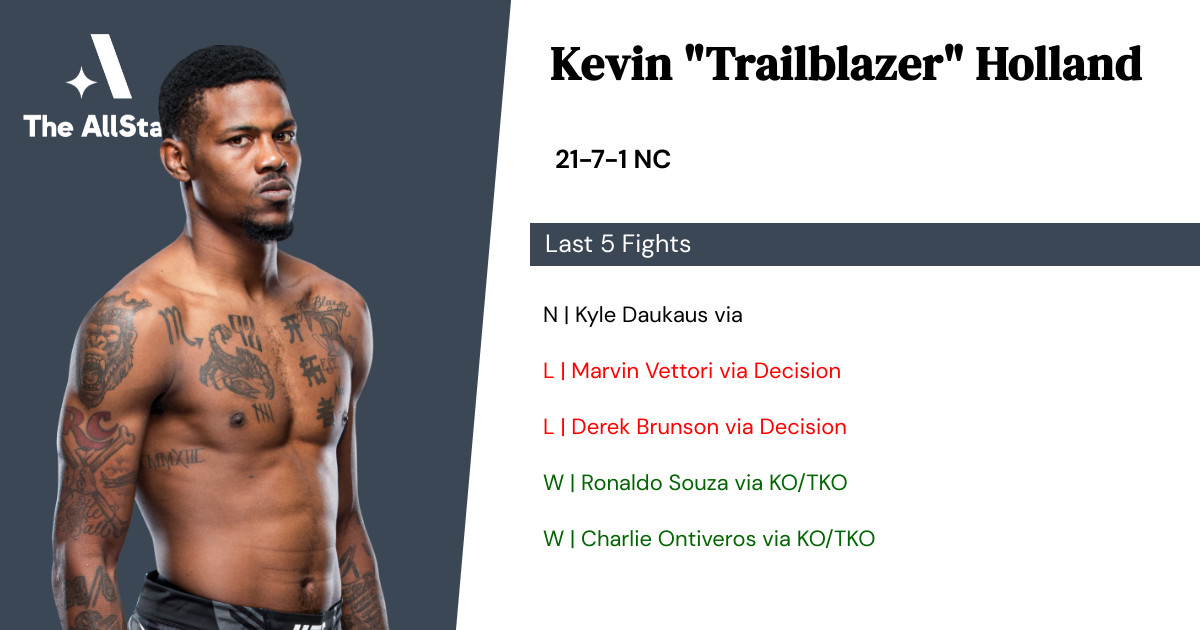 Kevin Holland has a 81% finish rate, including 11 by knockout, 6 by submission, 4 by decision.

ESPN+ is the best option to live stream Kevin Holland vs Alex Oliveira if you live in the United States. Outside of the USA, the best option is to register for UFC Fight Pass.

Where can I get the best odds for the Kevin Holland vs Alex Oliveira UFC fight?