Kyle Daukaus vs Roman Dolidze is set to go down at UFC Fight Night: Kattar vs. Emmett at 6:00pm EST on Saturday 18th June 2022 in a 185lbs matchup.

Kyle Daukaus earned a submission victory over Jamie Pickett in February after cinching in a D’Arce Choke in the dying seconds of Round 1.

Kyle Daukaus will be the betting favorite with opening odds of -235.

Roman Dolidze is the betting underdog with opening odds of +205.

Daukaus and Dolidze were scheduled to fight in November but the fight was scrapped due to COVID issues in Dolidze’s corner.

Kyle Daukaus secured his first stoppage victory in the UFC with a first-round submission over Jamie Pickett in February.

KYLE DAUKAUS GETS THE TAP AT THE HORN 😱 #UFCVegas48 pic.twitter.com/p3FS7Gpw6o

Daukaus entered this fight off the back of a No Contest against Kevin Holland and a unanimous decision loss to Phil Hawes.

Roman Dolidze used his grappling game to full effect with a dominant display against Laureano Staropoli in his last Octagon outing.

"Coach, do you want me to submit him?"

The Georgian won his first two fights in the UFC before suffering his first career loss to Trevin Giles in March 2021.

Kyle Daukaus will be slightly taller at 6”3 compared to Dolidze who is 6”2. However, both men will have an identical 76-inch reach.

The stats reveal that both fighters implement a grappling-heavy approach. Dolidze lands 2.74 TDs per 15 minutes to Daukaus’ 2.40.

Daukaus attempts an average of 2.2 submissions per 15 minutes, while Dolidze attempts 1.5.

This is a fantastic matchup in the 185lbs division between two exceptional grapplers who are more than capable of standing and banging.

Both of these fighters have a bright future in the UFC and are looking to climb their way up the middleweight rankings.

A memorable victory for either fighter would probably warrant a top 15 matchup next.

The oddsmakers’ predictions have Kyle Daukaus as the betting favorite with opening odds of -235.

Get your Kyle Daukaus vs Roman Dolidze picks in.

Kyle Daukaus vs Roman Dolidze tale of the tape 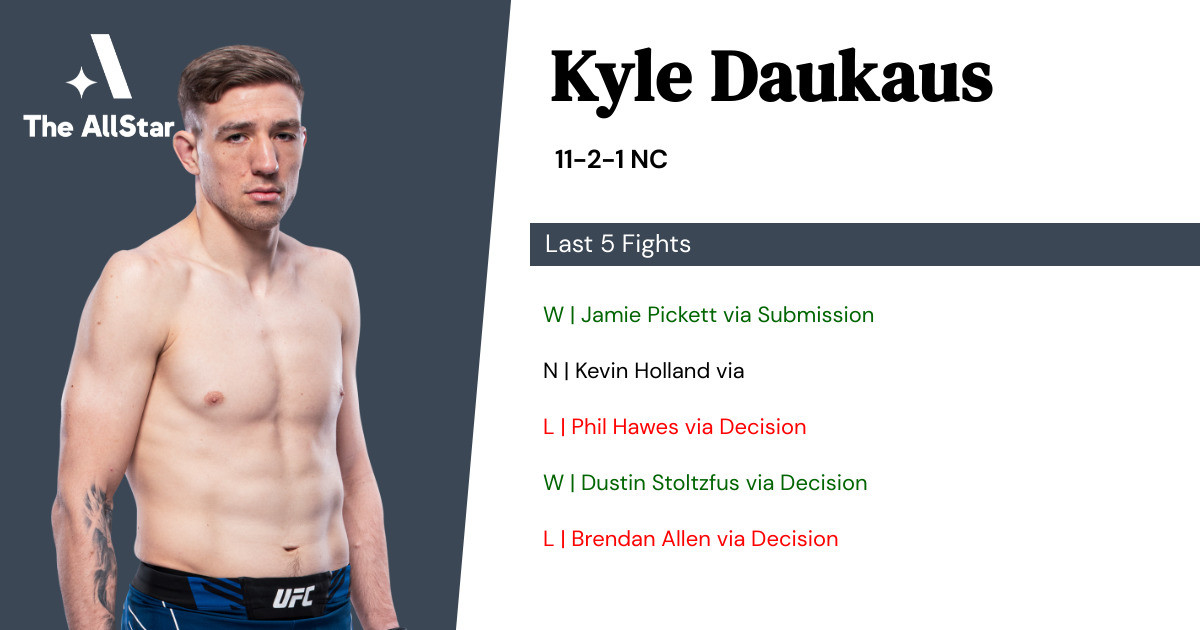 Kyle Daukaus has a 82% finish rate, including 9 by submission, 2 by decision.

Kyle Daukaus is looking to put together a winning streak, having last beaten Jamie Pickett at UFC Fight Night: Walker vs. Hill. 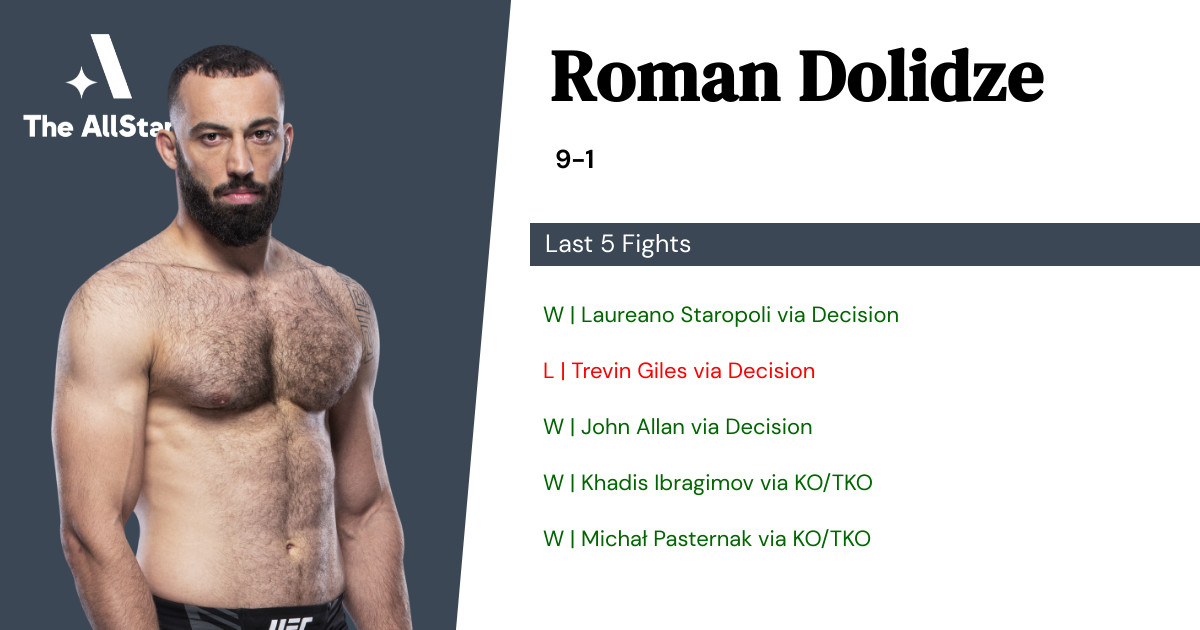 Roman Dolidze has a 78% finish rate, including 4 by knockout, 3 by submission, 2 by decision.

Roman Dolidze is looking to put together a winning streak, having last beaten Laureano Staropoli at UFC Fight Night: Rozenstruik vs. Sakai.

Kyle Daukaus vs Roman Dolidze is set to go down at UFC Fight Night – Kattar vs. Emmett. The fight is expected to start at around 6:00pm EST on Saturday 18th June 2022.

ESPN+ is the best option to live stream Kyle Daukaus vs Roman Dolidze if you live in the United States. Outside of the USA, the best option is to register for UFC Fight Pass.

Where can I get the best odds for the Kyle Daukaus vs Roman Dolidze UFC fight?

Use the AllStar’s directory to find the best sportsbooks and recommendations on where to place UFC bets online. If you just want to play for fun, head over to to our Fantasy UFC picks app to make your fight predictions for Kyle Daukaus vs Roman Dolidze totally FREE.