Kyler Phillips was on a three-fight win streak in his UFC career before dropping a majority decision to Raulian Paiva.

Marcelo Rojo made his UFC debut in March 2021, losing by third-round TKO to Charles Jourdain.

Kyler Phillips is the oddsmakers’ choice, opening as a heavy -315 betting favorite. Placing a bet on Phillips means you would need to bet $315 in order to win $100.

After losing his debut, Rojo has seen three consecutive fights fall through, including a September matchup against Jonathan Martinez.

Kyler Phillips got his UFC career off to a flyer with consecutive wins over Gabriel Silva, Cameron Else and Song Yadong. However, in his last fight, he lost via majority decision to Raulian Paiva over a brutal Fight of the Night.

The Matrix letting it all go in Round 1️⃣

After punishing Raulian Paiva in the first round, Phillips lost the final two rounds. 14 out of 16 major media outlet picks had the fight down as a draw after giving Phillips a 10-8 in Round 1.

Marcelo Rojo’s UFC debut didn’t go to plan with a third-round TKO loss to Charles Jourdain. All three judges had the fight evenly at 19-19 going into the final round.

Before entering the UFC, Rojo racked up a 6-2 record in MMA promotion Combate, winning all 6 of his fights by stoppage in the first round.

26-year-old Kyler Phillips is much younger than 33-year-old Marcelo Rojo but has almost half the professional fight experience. Phillips has 12 pro fights on his record compared to Rojo who has fought 23 times.

The two fighters are closely-matched physically, both standing 5”8 tall. Phillips will have a slight 1-inch reach advantage.

Rojo has a finishing rate of 94% over his career, significantly higher than Phillips who has finished 64% of his wins.

Both fighters are excellent strikers with the ability to knock each other out. Kyler Phillips showed his huge potential by winning three-in-a-row in the UFC and almost put Raulian Paiva away in the first round.

Marcelo Rojo entered the UFC with plenty of hype after steamrolling his opponents in Combate. He put on many pundits’ Fight of the Night in his Octagon debut against Charles Jourdain.

A spot in the 135lbs rankings, or at least a shot at a ranked opponent, will likely be the reward for the winner of this one.

Phillips was on his way to a Top Ten ranking before his narrow loss to Raulian Paiva.

The bookies’ predictions have Kyler Phillips as the strong betting favorite in this fight with odds of -315.

Get your Kyler Phillips vs Marcelo Rojo picks in.

Where to bet on Kyler Phillips vs Marcelo Rojo

Kyler Phillips vs Marcelo Rojo tale of the tape 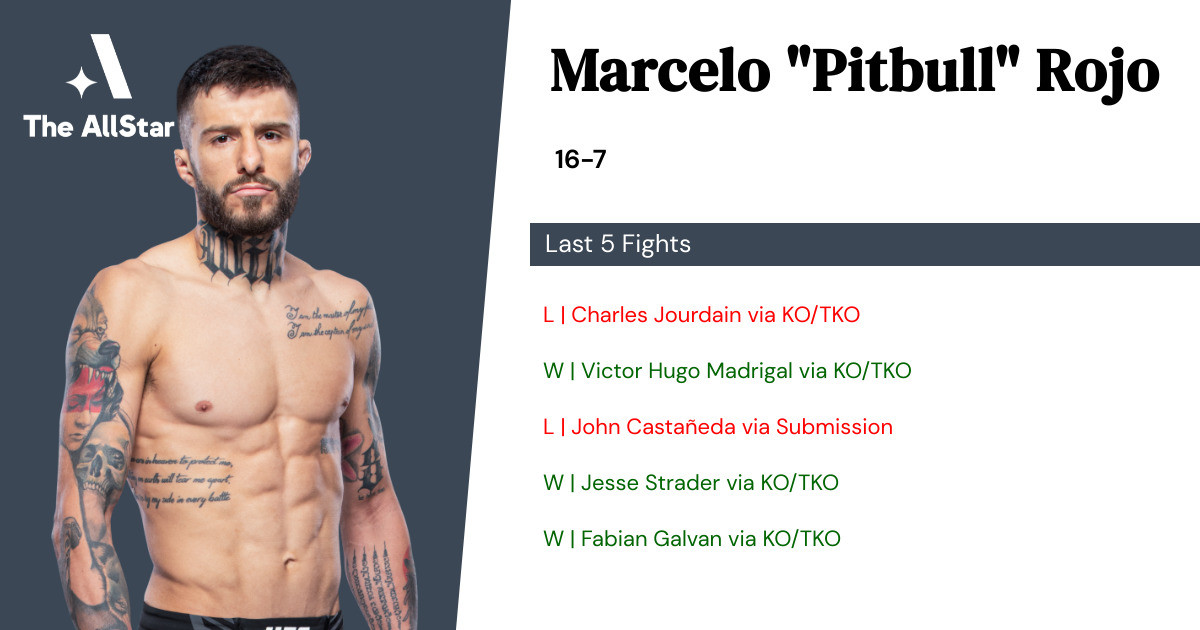 Marcelo Rojo has a 94% finish rate, including 8 by knockout, 6 by submission, 1 by decision.

Marcelo Rojo is looking to get back to winning ways after a loss at the hands of Charles Jourdain at UFC Fight Night: Edwards vs. Muhammad. 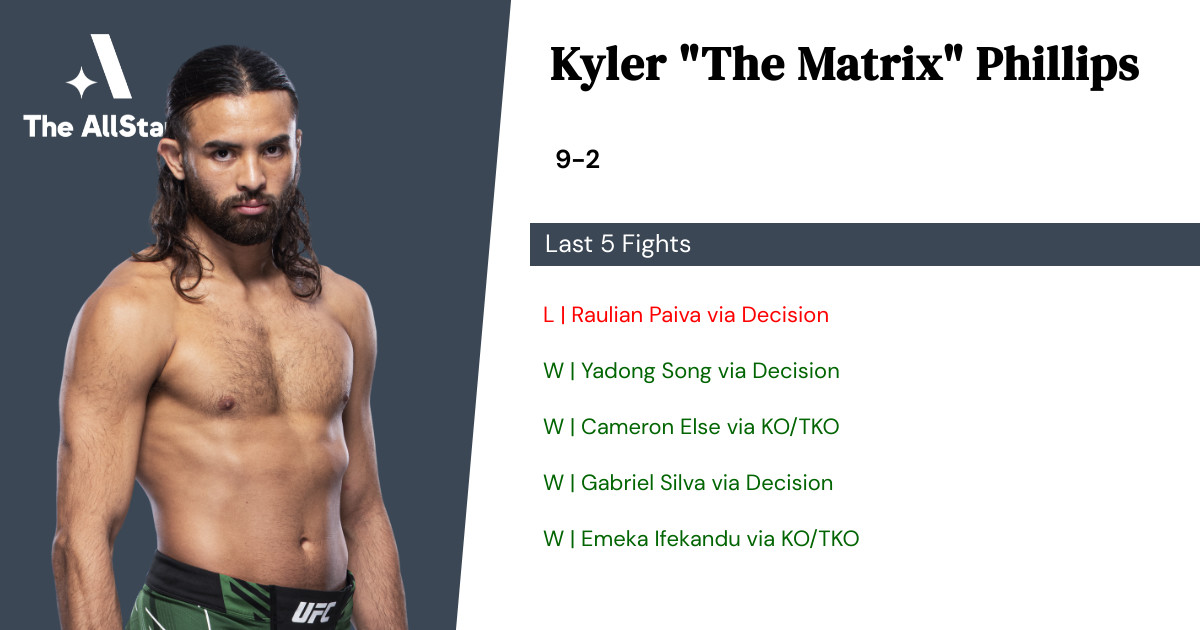 Kyler Phillips has a 67% finish rate, including 5 by knockout, 1 by submission, 3 by decision.

Kyler Phillips is looking to get back to winning ways after a loss at the hands of Raulian Paiva at UFC Fight Night: Sandhagen vs. Dillashaw.

Kyler Phillips vs Marcelo Rojo is set to go down at UFC 271 – Adesanya vs. Whittaker 2. The fight is expected to start at around 9:00pm EST on Saturday 12th February 2022.

ESPN+ is the best option to live stream Kyler Phillips vs Marcelo Rojo if you live in the United States. Outside of the USA, the best option is to register for UFC Fight Pass.