Kyung Ho Kang saw his three-fight streak come to an end after dropping a unanimous decision to Rani Yahya in November.

Batgerel Danaa opened as a -145 betting favorite. Placing a bet on Danaa means you would need to bet $145 in order to win $100.

Kang was initially booked to fight Saimon Oliveira before his opponent withdrew. Danaa stepped in to take this fight on around 5 weeks’ notice.

Kyung Ho Kang started off well in his last UFC outing but was overwhelmed in the grappling department by Rani Yahya, eventually losing the fight by unanimous decision.

HUGE start to the 3rd for Kyung Ho Kang 💥

The Korean made his UFC debut way back in 2013 and has won six of his last eight fights in the promotion.

Batgerel Danaa was on the wrong end of a spinning backfist from Chris Gutierrez in March to suffer his first defeat since 2019.

The Mongolian into that finds riding a three-fight winning streak, with all three victories coming by first-round knockout. Batgerel Danaa is now 3-2 in the UFC.

Kyung Ho Kang will be the taller man in this matchup at 5”9, while his opponent is 5”7. Kang will also have a sizable 3-inch reach advantage.

This is an explosive matchup between two polished strikers. Batgerel Danaa in particular boasts big knockout power, having won each of his three UFC victories by first-round KO.

A human highlight is hunting for Octagon win No. 2️⃣ on Saturday. #UFC261 pic.twitter.com/A7GcVxheew

Despite losing his last fight, Kyung Ho Kang showcased impressive striking skills and will likely want to keep this one on the feet.

Both of these fighters were riding three-fight winning streaks before their most recent defeats. Getting back in the win column will be crucial if they want to climb up the rankings of the UFC Bantamweight Division.

The oddsmakers’ predictions have Batgerel Danaa as the slight betting favorite with opening odds of -145.

Get your Kyung Ho Kang vs Batgerel Danaa picks in.

Kyung Ho Kang vs Batgerel Danaa tale of the tape 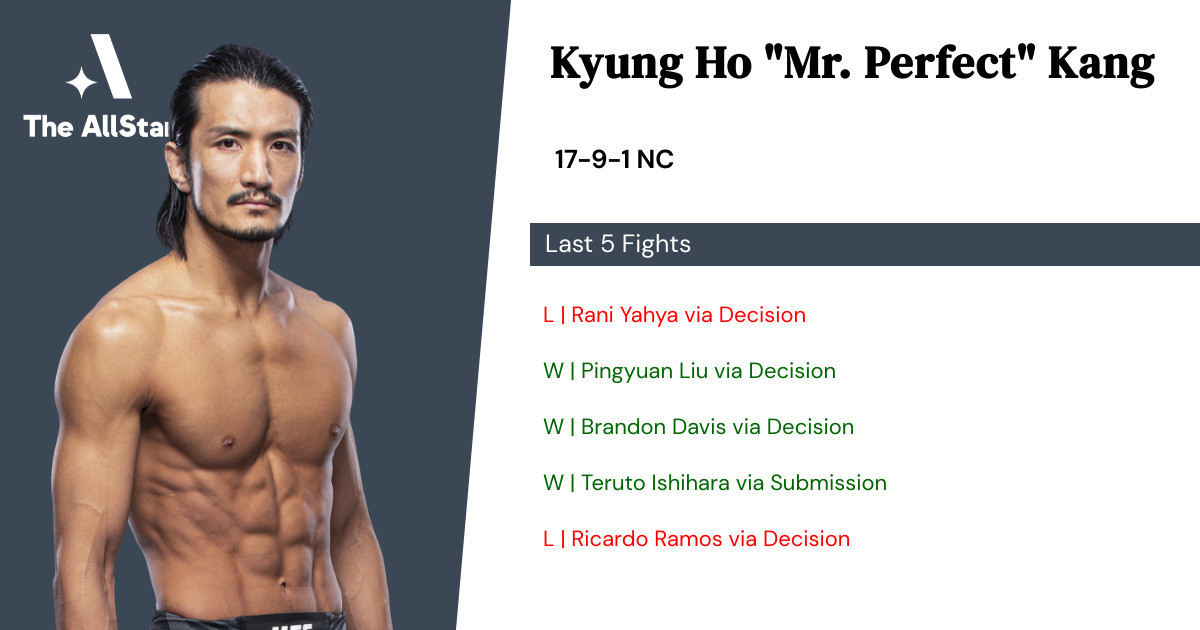 Kyung Ho Kang has a 77% finish rate, including 2 by knockout, 11 by submission, 4 by decision.

Kyung Ho Kang is looking to get back to winning ways after a loss at the hands of Rani Yahya at UFC Fight Night: Vieira vs. Tate. 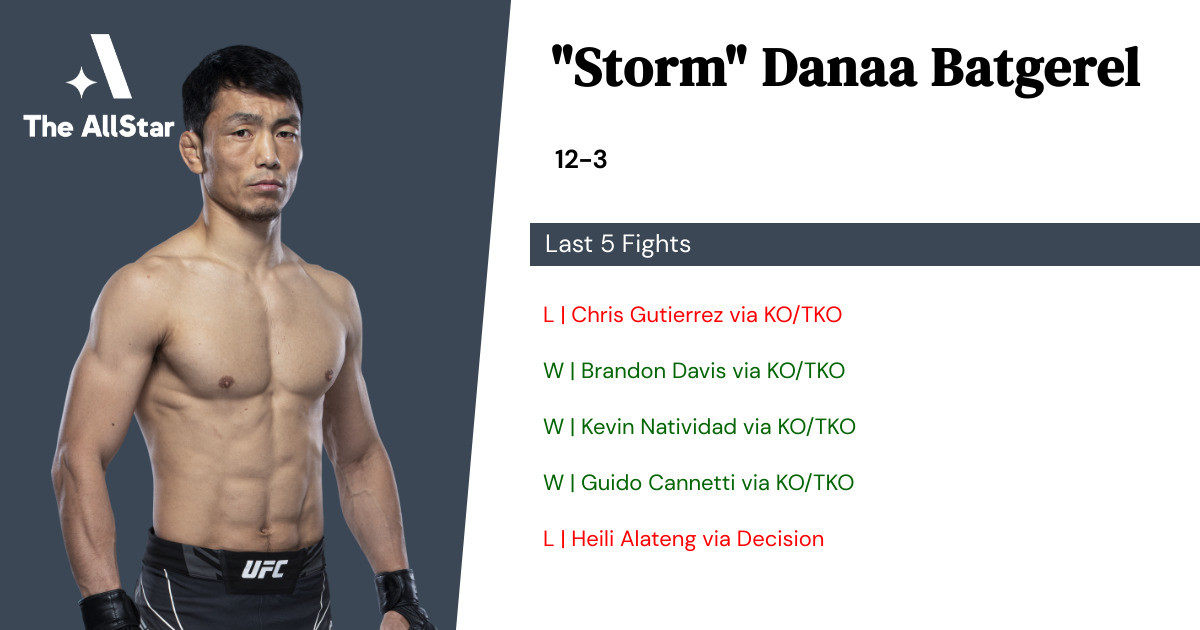 Batgerel Danaa has a 84% finish rate, including 7 by knockout, 3 by submission, 2 by decision.

Batgerel Danaa is looking to get back to winning ways after a loss at the hands of Chris Gutierrez at UFC Fight Night: Blaydes vs. Daukaus.

Kyung Ho Kang vs Batgerel Danaa is set to go down at UFC 275 – Teixeira vs. Procházka. The fight is expected to start at around 5:30pm EST on Saturday 11th June 2022.

ESPN+ is the best option to live stream Kyung Ho Kang vs Batgerel Danaa if you live in the United States. Outside of the USA, the best option is to register for UFC Fight Pass.

Where can I get the best odds for the Kyung Ho Kang vs Batgerel Danaa UFC fight?

Use the AllStar’s directory to find the best sportsbooks and recommendations on where to place UFC bets online. If you just want to play for fun, head over to to our Fantasy UFC picks app to make your fight predictions for Kyung Ho Kang vs Batgerel Danaa totally FREE.