Louis Smolka vs Davey Grant is set to go down at UFC Fight Night: Błachowicz vs. Rakić at 5:30pm EST on Saturday 14th May 2022 in a 135lbs matchup.

Davey Grant will be the betting favorite with opening odds of -275.

Louis Smolka is the betting underdog with opening odds of +235.

This fight will take place on the main card at UFC Fight Night: Błachowicz vs. Rakić.

Louis Smolka was clipped by a powerful overhand right from Vince Morales which saw his last UFC fight end in a first-round knockout defeat.

Smolka came into this fight on the back of a stoppage victory over Jose Alberto Quinonez. Since returning to the UFC in 2018, the Hawaiian has alternated wins and losses.

Davey Grant started 2021 with a bang after knocking out Jonathan Martinez in March. However, he subsequently dropped decisions to Marlon Vera and Adrian Yanez.

Grant was riding a three-fight win streak before his defeat in a rematch against Vera. The Ultimate Fighter Season 18 finalist is now 4-5 in his UFC career.

Both of these fighters stand 5”8 tall and will also have a similar reach in this matchup.

Smolka is the younger fighter at 30 years old compared to Grant who is 36. However, Smolka has more pro fights on his record.

Both men have maintained high finishing rates in their careers. Louis Smolka has an 89% finishing rate, while Grant has finished 82% of his wins.

This is an intriguing matchup between two dangerous and well-rounded fighters. Smolka is well known for his submissions but has racked up a couple of TKO finishes of late.

Davey Grant’s last two wins have come by knockout, although the Brit is no stranger to a submission himself.

Both men have a lot to fight for in this matchup having lost their last UFC bouts. A defeat for Davey Grant would make it three losses in a row and would be particularly damaging given his status as the heavy betting favorite.

The oddsmakers’ predictions have Davey Grant as the clear favorite with opening betting odds of -275.

Get your Louis Smolka vs Davey Grant picks in.

Louis Smolka vs Davey Grant tale of the tape 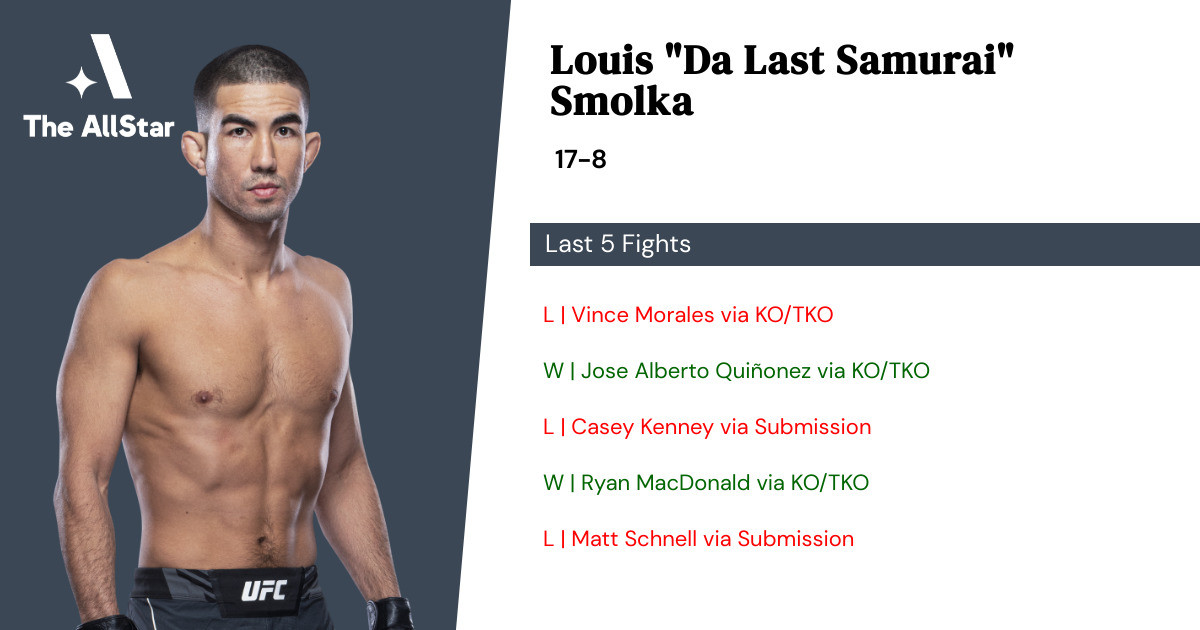 Louis Smolka has a 89% finish rate, including 8 by knockout, 7 by submission, 2 by decision.

Louis Smolka is looking to get back to winning ways after a loss at the hands of Vince Morales at UFC Fight Night: Font vs. Aldo. 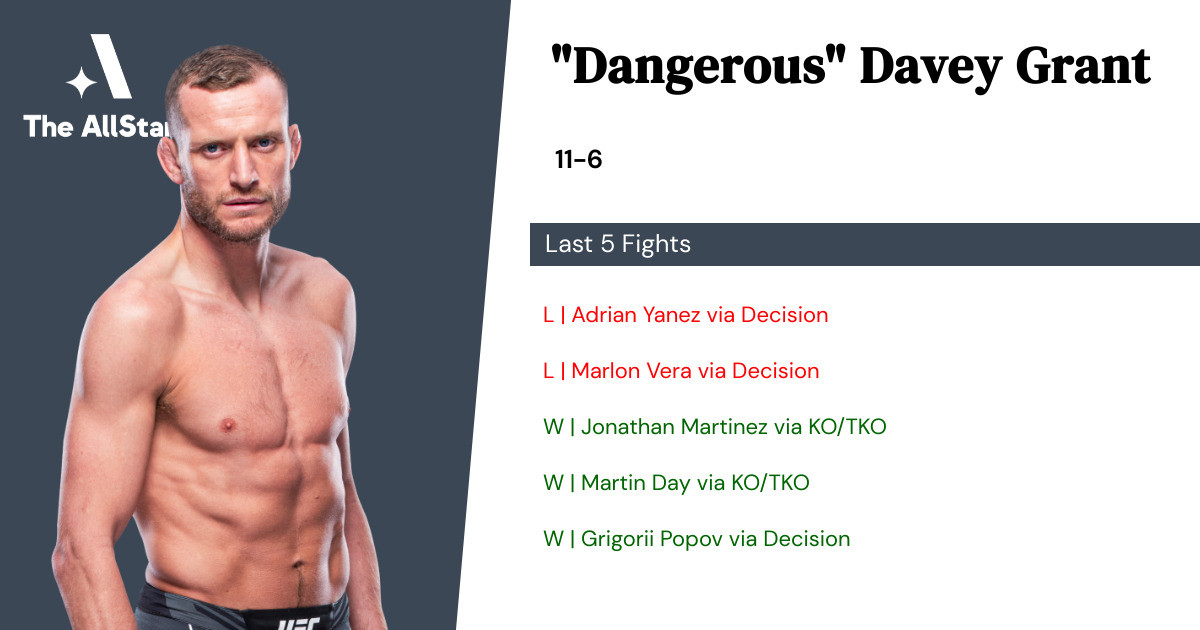 Davey Grant has a 82% finish rate, including 3 by knockout, 8 by submission, 2 by decision.

Davey Grant is currently on a 2 fight losing skid.

Louis Smolka vs Davey Grant is set to go down at UFC Fight Night – Błachowicz vs. Rakić. The fight is expected to start at around 5:30pm EST on Saturday 14th May 2022.

ESPN+ is the best option to live stream Louis Smolka vs Davey Grant if you live in the United States. Outside of the USA, the best option is to register for UFC Fight Pass.

Where can I get the best odds for the Louis Smolka vs Davey Grant UFC fight?

Use the AllStar’s directory to find the best sportsbooks and recommendations on where to place UFC bets online. If you just want to play for fun, head over to to our Fantasy UFC picks app to make your fight predictions for Louis Smolka vs Davey Grant totally FREE.