Malcolm Gordon vs Denys Bondar is set to go down at UFC Vegas 47: Hermansson vs. Strickland at 7:00pm EST on Saturday 5th February 2022 in a 125lbs matchup.

Malcolm Gordon is 1-2 in his UFC career after notching up his first Octagon victory in his last fight against Francisco Figueiredo.

This will be Denys Bondar’s UFC debut. The Ukrainian is on a 10-fight winning streak and hasn’t lost a fight since 2017.

This fight was initially scheduled to take place at UFC Fight Night 198 before Gordon was forced to withdraw.

The bout was rescheduled on the UFC Vegas 47: Hermansson vs Strickland undercard.

However, he bounced back to winning ways with a unanimous decision victory over Francisco Figueiredo. Gordon upset the odds after closing as a +225 underdog.

Denys Bondar will finally make his UFC debut after two previous fights against Ode Osbourne and Victor Rodriguez fell through.

Bondar has a 16-3 professional record and is riding a 10-fight winning streak. He maintains a 100% finish rate with 11 submissions and 5 knockout victories.

Malcolm Gordon will be the taller fighter at 5”7 compared to Bondar who is 5”5. Gordon is also two years older at 31-years-old.

Both fighters have a similar level of professional experience. Gordon has 18 professional fights to his name, while Bondar has fought 19 times.

There is plenty of hype behind Ukrainian Denys Bondar, who brings a 100% finishing rate to the Octagon. He will be eager to impress in his UFC debut and extend his 10-fight win streak.

Malcolm Gordon is equally determined to make a name for himself after a disappointing start to his UFC career. Gordon can make it two-in-a-row in the UFC with a victory.

A lot is at stake for both fighters in this one. Bondar is making his Octagon debut, while Gordon is 1-2 in the UFC. The Ukrainian will want to prove the hype is real, while Gordon can build on his upset win over Figueiredo by upsetting the odds once again.

The bookies’ odds have Denys Bondar as the clear favorite. However, the oddsmakers’ predictions for Gordon’s last fight didn’t stop him from beating the favorite Figueiredo.

Get your Malcolm Gordon vs Denys Bondar picks in.

Where to bet on Malcolm Gordon vs Denys Bondar

Malcolm Gordon vs Denys Bondar tale of the tape 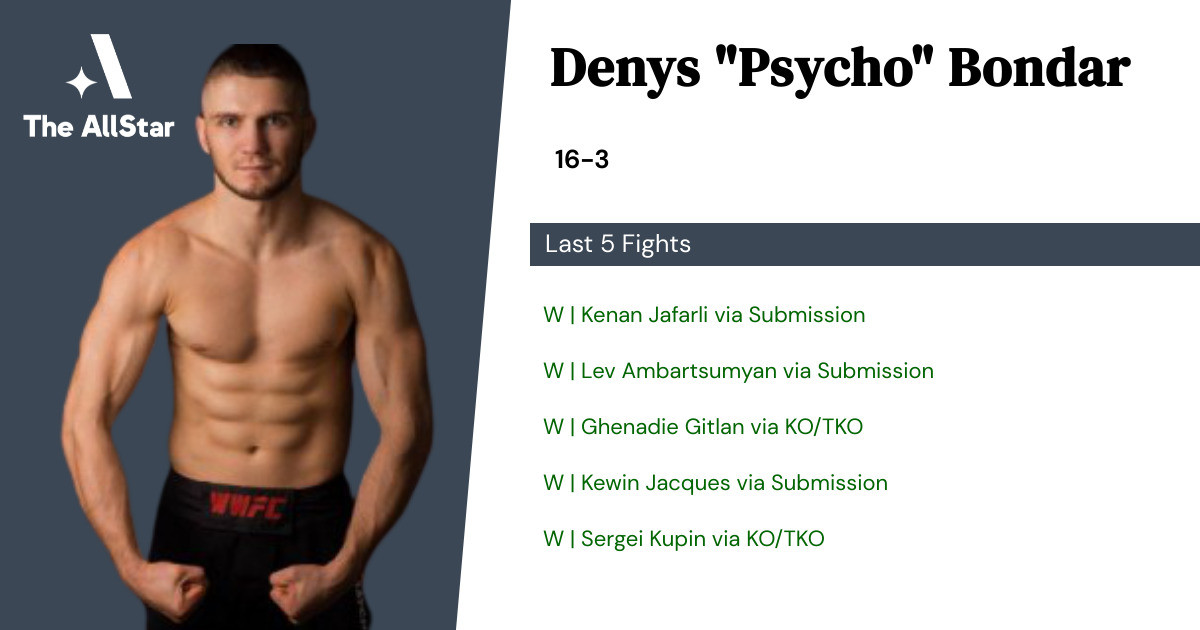 Denys Bondar has a 100% finish rate, including 5 by knockout, 11 by submission. 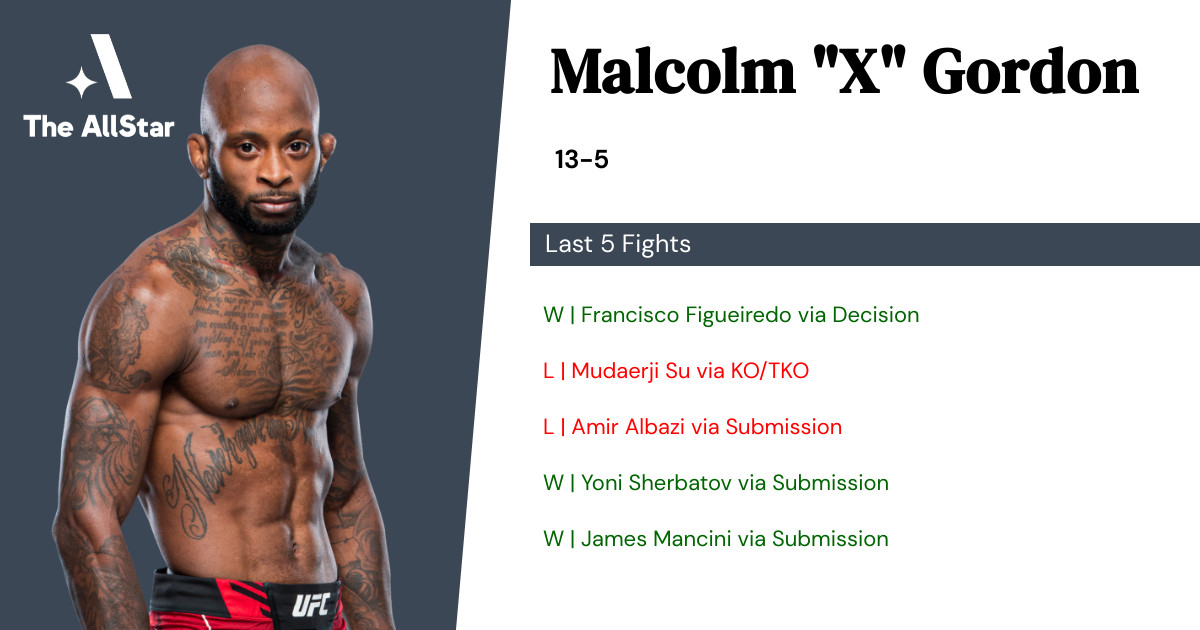 Malcolm Gordon has a 77% finish rate, including 4 by knockout, 6 by submission, 3 by decision.

Malcolm Gordon is looking to put together a winning streak, having last beaten Francisco Figueiredo at UFC Fight Night: Makhachev vs. Moisés.

Malcolm Gordon vs Denys Bondar is set to go down at UFC Vegas 47 – Hermansson vs. Strickland. The fight is expected to start at around 7:00pm EST on Saturday 5th February 2022.

ESPN+ is the best option to live stream Malcolm Gordon vs Denys Bondar if you live in the United States. Outside of the USA, the best option is to register for UFC Fight Pass.

Where can I get the best odds for the Malcolm Gordon vs Denys Bondar UFC fight?