Miles Johns vs John Castaneda is set to go down at UFC Vegas 47: Hermansson vs. Strickland at 9:00pm EST on Saturday 5th February 2022 in a 135lbs matchup.

Miles Johns has turned in two consecutive Performances of the Night in his last two UFC bouts against Anderson dos Santos and Kevin Natividad, winning both fights by KO in Round 3.

John Castaneda secured a first-round KO against veteran Eddie Wineland in his last fight. Prior to this, Castaneda lost his UFC debut to Nathaniel Wood by decision.

Miles Johns is the sizeable betting favorite in this fight, opening at -245. Placing a bet on Johns means you would need to bet $245 in order to win $100.

This will be Johns’ fifth fight in the UFC. He has accumulated a 3-1 record thus far. Castaneda is 1-1 in the UFC.

Miles Johns is one of the standout prospects at Bantamweight after his last two performances earned him consecutive POTN bonuses.

Castaneda puts him away!!

Both fighters are the same height at 5”6, while Castaneda will have a slight reach advantage with his 69-inch reach.

Miles Johns is the younger fighter at 27 years old compared to Castaneda who is 30.

Miles Johns is an exciting Bantamweight talent with just one loss on his record. With two knockouts in his last two fights, Johns can put anyone’s lights out in an instant.

John Castaneda is a game fighter who impressed in his last Octagon showing. He has the endurance to push the fight until the dying seconds.

Both fighters have a lot to prove in this bout. At just 27 years old, Miles Johns can propel himself into the rankings with a win.

Castaneda is currently 1-1 in the UFC and was not signed earlier in his career despite winning on the Contender Series in 2017. He will want to prove himself worthy of his place in the promotion.

Miles Johns’ prediction is that he will finish Castaneda by whatever means he can. With a victory, the odds are he will find himself breaking into the Top 15 by the end of the year.

Get your picks in for Miles Johns vs John Castaneda here.

Where to bet on Miles Johns vs John Castaneda

Miles Johns vs John Castaneda tale of the tape 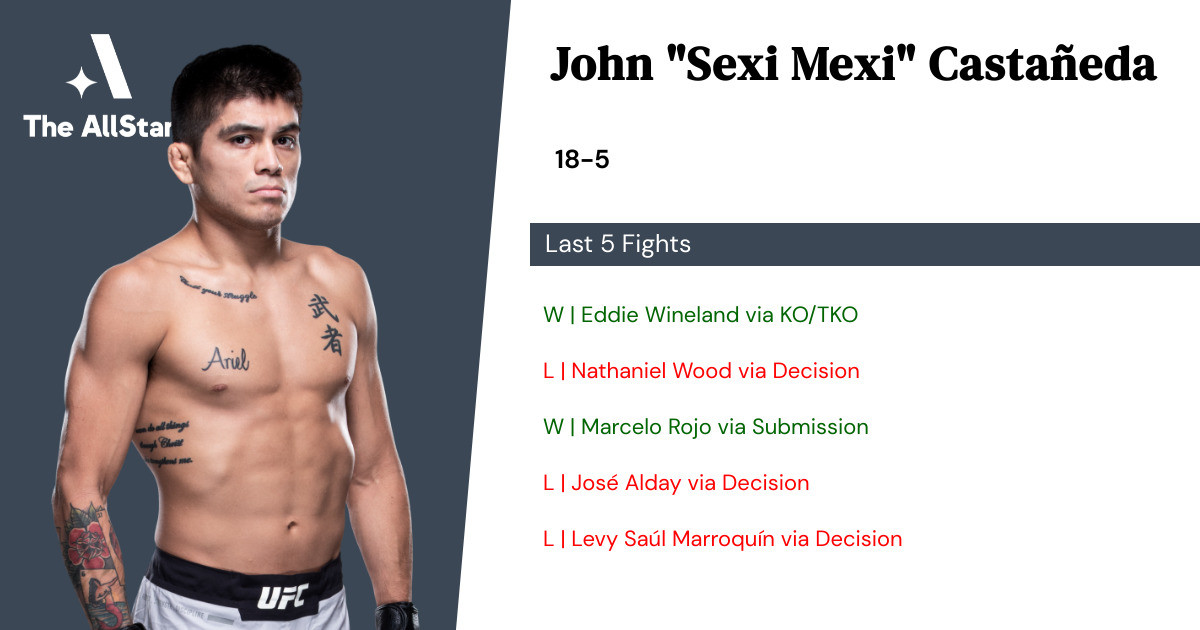 John Castañeda has a 73% finish rate, including 7 by knockout, 6 by submission, 5 by decision.

John Castañeda is looking to put together a winning streak, having last beaten Eddie Wineland at UFC Fight Night: Blaydes vs. Lewis. 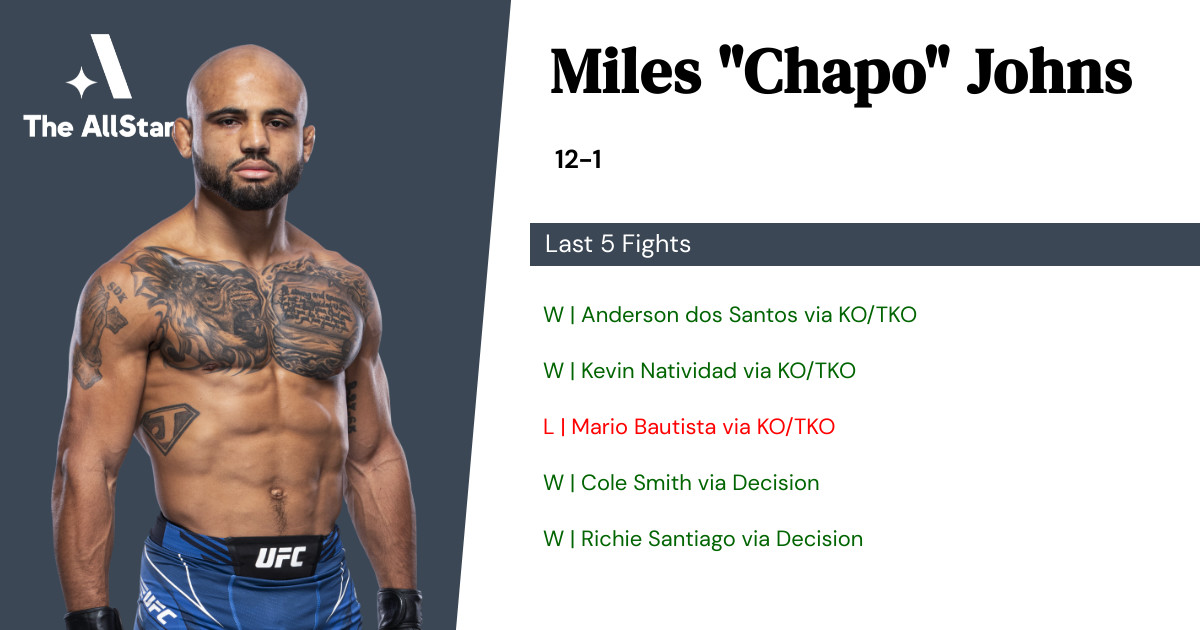 Miles Johns has a 50% finish rate, including 4 by knockout, 2 by submission, 6 by decision.

Miles Johns vs John Castaneda is set to go down at UFC Vegas 47 – Hermansson vs. Strickland. The fight is expected to start at around 9:00pm EST on Saturday 5th February 2022.

ESPN+ is the best option to live stream Miles Johns vs John Castaneda if you live in the United States. Outside of the USA, the best option is to register for UFC Fight Pass.