Manel Kape opened as a -140 very slight betting favorite. Placing a bet on Kape means you would need to bet $140 in order to win $100.

This Flyweight fight will take place on the main card of UFC Fight Night: Lemos vs. Andrade.

Mudaerji Su shutout Uzbek kickboxer Zarrukh Adashev in January 2021, with all three judges and every major media outlet pick deciding in his favor.

The Tibetan has now won three in a row after victories over Malcolm Gordon and Andre Soukhamthath.

Manel Kape starched Zhalgas Zhumagulov in his last UFC appearance, knocking his opponent out in Round 1.

This was Kape’s second first-round KO in a row after his stunning flying knee against Ode Osbourne at UFC 265.

Mudaerji Su will have a significant reach advantage in this fight. The 5”8 Tibetan has a 72-inch reach compared to Manel Kape, who stands 5”5 tall with a 68-inch reach.

Both of these fighters bring exceptional finishing rates into the Octagon. Kape has finished 95% of his wins, while Mudaerji Su has an 87% finishing rate.

This is one of the best Flyweight fights to make at this time. These two fighters are rising stars in the division with powerful and accurate striking.

Don’t be surprised if this one ends up as Fight of the Night.

Although neither of these fighters are in the Top 10 of the 125lbs division, both are up-and-coming and are likely to find themselves there with a win.

Despite both suffering disappointing starts to their UFC careers, Mudaerji Su and Manel Kape could easily find themselves towards the top of the division by the end of the year.

The bookmakers’ predictions see Manel Kape as the slight favorite with opening odds of -140.

Get your Mudaerji Su vs Manel Kape picks in.

Mudaerji Su vs Manel Kape tale of the tape 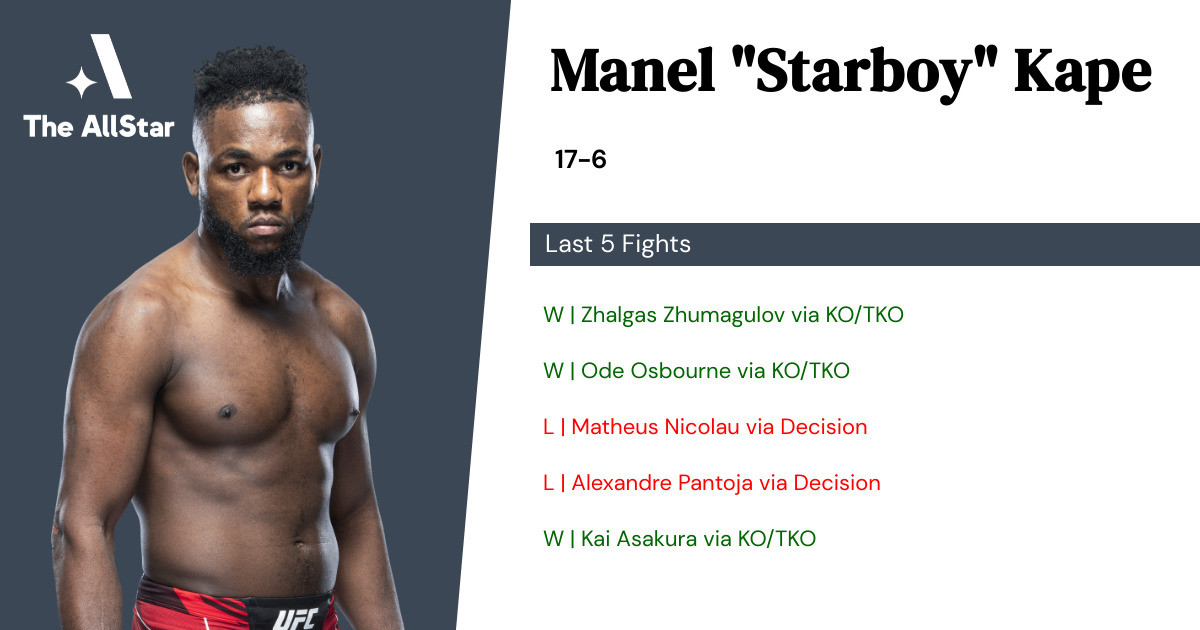 Manel Kape has a 95% finish rate, including 11 by knockout, 5 by submission, 1 by decision. 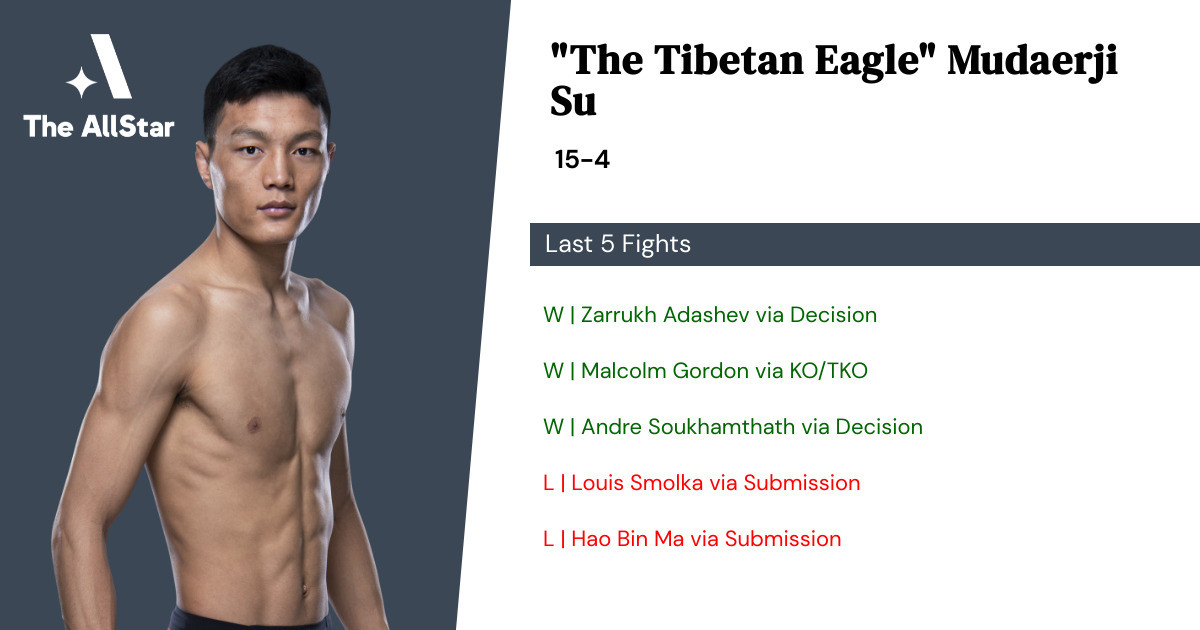 Mudaerji Su has a 87% finish rate, including 12 by knockout, 1 by submission, 2 by decision.

Mudaerji Su vs Manel Kape is set to go down at UFC Fight Night – Lemos vs. Andrade. The fight is expected to start at around 9:00pm EST on Saturday 23rd April 2022.

ESPN+ is the best option to live stream Mudaerji Su vs Manel Kape if you live in the United States. Outside of the USA, the best option is to register for UFC Fight Pass.

Where can I get the best odds for the Mudaerji Su vs Manel Kape UFC fight?

Use the AllStar’s directory to find the best sportsbooks and recommendations on where to place UFC bets online. If you just want to play for fun, head over to to our Fantasy UFC picks app to make your fight predictions for Mudaerji Su vs Manel Kape totally FREE.