Nasrat Haqparast was on a 2-fight win streak before losing to Dan Hooker in his last Octagon outing at UFC 266. Haqparast is 5-3 in the UFC with one knockout to his name.

UFC veteran Bobby Green bounced back from two losses by scoring a first-round knockout against Al Iaquinta. Green has fought in the UFC 17 times, accumulating a record of 9 wins, 7 losses and 1 draw.

Bobby Green heads into this fight as the bookies’ betting favorite with odds of -160.

Nasrat Haqparast will be the betting underdog with his odds opening at +145.

Haqparast was initially booked to fight John Makdessi on February 19th, 2022, before Makdessi pulled out with an injury.

Nasrat Haqparast was shut out by Dan Hooker’s grappling skills in his last Octagon performance. He took the fight and made weight on short notice, with Hooker commending his opponent’s bravery.

Prior to this, Haqparast won two on the trot with unanimous decision victories over Rafa Garcia and Alexander Munoz.

After losing his UFC debut, the future looked bright for Haqparast with three wins in a row, including two performance bonuses. However, he suffered a shock first-round KO defeat to Drew Dober at UFC 246 despite being the heavy -300 favorite.

In his last UFC fight, Bobby Green showcased his educated boxing prowess with a first-round knockout vs Al Iaquinta. Over the past 18 months, he has also beaten Clay Guida, Lando Vannata and Alan Patrick.

This fight is UNREAL 😱 #UFC265 pic.twitter.com/L1b0maDhxx

Green has gone 4-2 in the UFC in his last 6 fights and has earned 3 performance bonuses during that time. He has competed in the promotion since February 2013 and previously fought in Strikeforce.

Bobby Green is the much-older fighter at 35 years old, while Nasrat Haqparast is still just 26. Both fighters stand 5”10 tall and Haqparast will have a slight 1-inch reach advantage.

This is likely to be an exciting standup fight. Both fighters have excellent striking prowess with knockout power.

It will be interesting to see what Haqparast can bring with a full fight camp after taking his last fight against Hooker on short notice.

This fight could be something of a crossroads fight for Nasrat Haqparast. While still very young, a defeat will indicate that he isn’t living up to his early-career hype. However, get the win and Haqparast could be looking at a Top 15 fight next.

Bobby Green has looked sharp over the past 18 months. A win here would make it two on the bounce and possibly earn him a ranked opponent in the next one.

The oddsmakers’ predictions have Bobby Green as the betting odds favorite at -160.

Get your Nasrat Haqparast vs Bobby Green picks in.

Where to bet on Nasrat Haqparast vs Bobby Green

Nasrat Haqparast vs Bobby Green tale of the tape 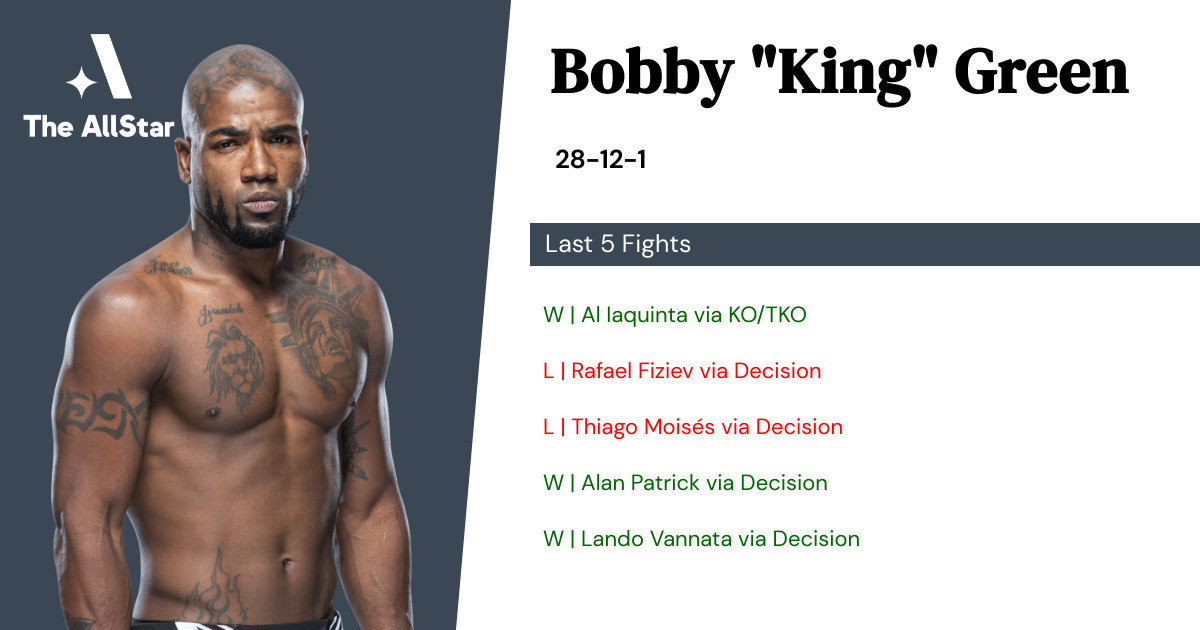 Bobby Green is looking to put together a winning streak, having last beaten Shane Shapiro at UFC Fight Pass Invitational. 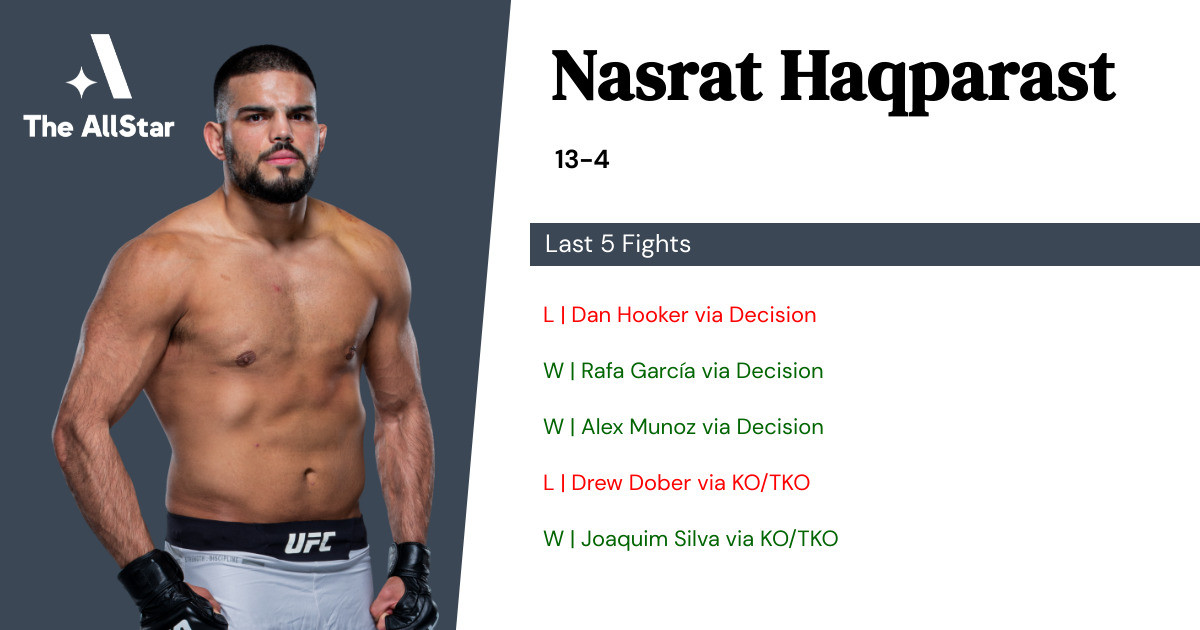 Nasrat Haqparast has a 70% finish rate, including 9 by knockout, 4 by decision.

Nasrat Haqparast is looking to get back to winning ways after a loss at the hands of Dan Hooker at UFC 266: Volkanovski vs. Ortega.

Nasrat Haqparast vs Bobby Green is set to go down at UFC 271 – Adesanya vs. Whittaker 2. The fight is expected to start at around 5:30pm EST on Saturday 12th February 2022.

ESPN+ is the best option to live stream Nasrat Haqparast vs Bobby Green if you live in the United States. Outside of the USA, the best option is to register for UFC Fight Pass.

Where can I get the best odds for the Nasrat Haqparast vs Bobby Green UFC fight?