Nathaniel Wood vs Charles Rosa is set to go down at UFC Fight Night: Blaydes vs. Aspinall at 12:00pm EST on Saturday 23rd July 2022 in a 145lbs matchup.

Nathaniel Wood is looking to bounce back from his second UFC defeat following a unanimous decision loss to Casey Kenney at UFC 254.

Charles Rosa has now lost two in a row after he dropped a unanimous decision to TJ Brown in January.

This 145lbs matchup will be on the prelims at UFC Fight Night: Blaydes vs. Aspinall. It will also be Wood’s first bout at Featherweight in the UFC.

Nathaniel Wood will be returning to the octagon after almost 2 years away. During his last appearance, he lost a Fight of the Night to Casey Kenney.

Wood began his UFC career with three straight submission finishes before he was knocked out by John Dodson. Wood has lost two of his last three UFC bouts.

Charles Rosa is on a two-fight skid following consecutive defeats to Damon Jackson and TJ Brown.

The elbow that split Damon Jackson open. It was good, but not good enough to earn Charles Rosa the win, I don't think #UFCVegas39 pic.twitter.com/wzocZ3Bi6Q

His last victory came by way of split decision against Justin Jaynes in June 2021. Rosa is now 5-7 in the UFC following his debut in 2014.

Charles Rosa is the taller fighter in this matchup at 5”9 compared to Wood who is 5”6. However, both men will have an identical 69-inch reach.

Although Wood is considerably younger at 28 years old, he has had more professional fights than the 35-year-old Rosa.

The stats show that both fighters frequently integrate grappling into their gameplans. In terms of striking output, Nathaniel Wood lands more than double the significant strikes per minute.

Nathaniel Wood was one of the UK’s rising stars before his recent run of two defeats from three fights. “The Prospect” will look to get back on track with a victory against the heavily unfavored Charles Rosa.

Back to back debuts! Back to back finishes!! @TheProspectMMA sinks in the submission in round 2!#UFCUtica pic.twitter.com/Y4PWw944hG

There is a lot at stake for both fighters as both enter this bout off the back of a defeat. The stakes are particularly high for Nathaniel Wood, who enters this matchup as the biggest betting favorite on the card.

The oddsmakers’ predictions have Nathaniel Wood as the huge favorite with opening betting odds of -500.

Get your Nathaniel Wood vs Charles Rosa picks in.

Nathaniel Wood vs Charles Rosa tale of the tape 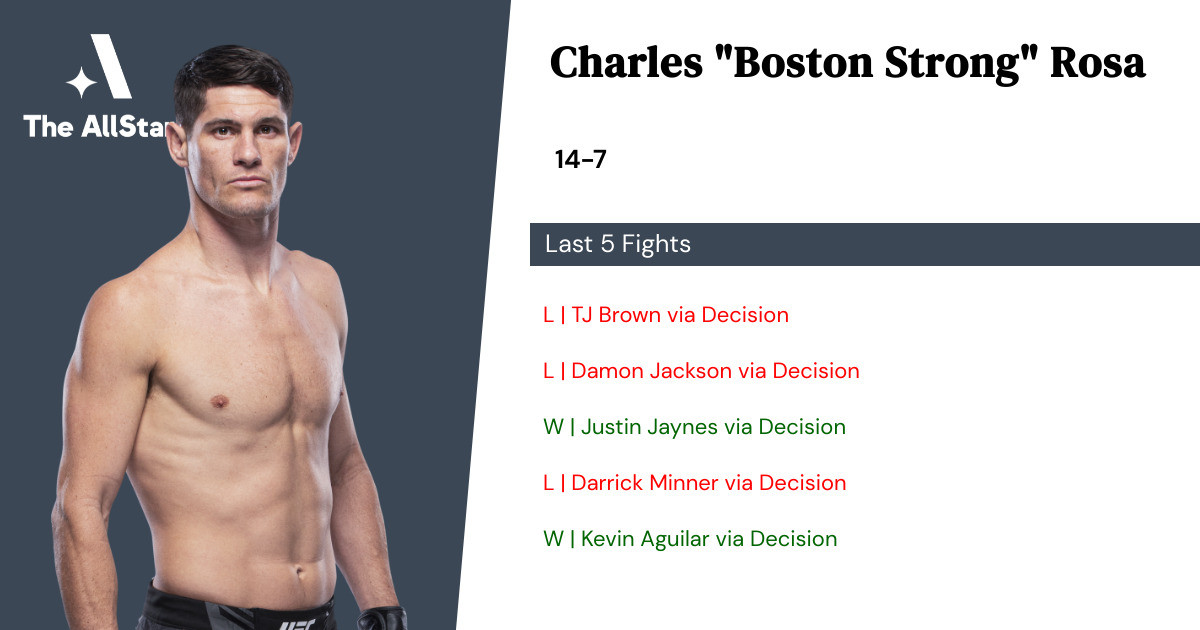 Charles Rosa has a 79% finish rate, including 3 by knockout, 8 by submission, 3 by decision.

Charles Rosa is currently on a 2 fight losing skid. 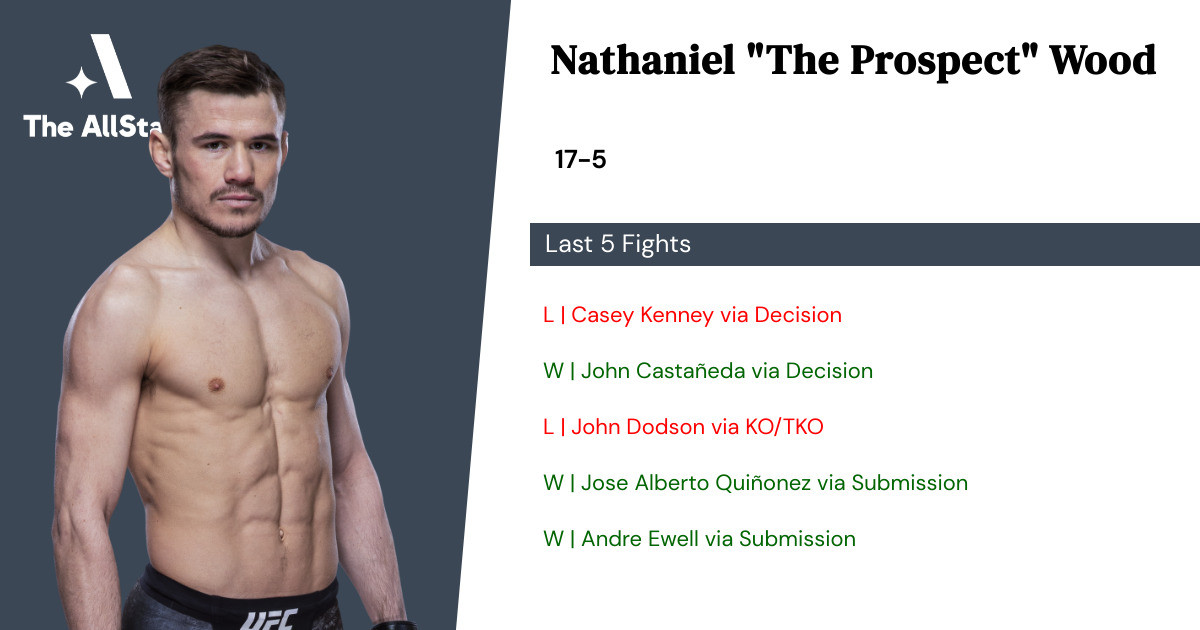 Nathaniel Wood has a 83% finish rate, including 8 by knockout, 6 by submission, 3 by decision.

Nathaniel Wood is looking to get back to winning ways after a loss at the hands of Casey Kenney at UFC 254: Khabib vs. Gaethje.

Nathaniel Wood vs Charles Rosa is set to go down at UFC Fight Night – Blaydes vs. Aspinall. The fight is expected to start at around 12:00pm EST on Saturday 23rd July 2022.

ESPN+ is the best option to live stream Nathaniel Wood vs Charles Rosa if you live in the United States. Outside of the USA, the best option is to register for UFC Fight Pass.

Where can I get the best odds for the Nathaniel Wood vs Charles Rosa UFC fight?

Use the AllStar’s directory to find the best sportsbooks and recommendations on where to place UFC bets online. If you just want to play for fun, head over to to our Fantasy UFC picks app to make your fight predictions for Nathaniel Wood vs Charles Rosa totally FREE.