Neil Magny bounced back from his defeat to Michael Chiesa with a convincing victory of Geoff Neal.

Max Griffin is riding a three-fight winning streak, with his most recent win coming against UFC veteran Carlos Condit in July.

This Welterweight bout is expected to take place on the prelims at UFC Fight Night: Blaydes vs Daukaus.

Neil Magny outworked Geoff Neal over three rounds to return to the win column. All three judges and every major media outlet pick had Magny as the victor.

Max Griffin has racked up three wins in the last 18 months, including finishes against Ramiz Brahimaj and Kenan Song.

𝐏𝐀𝐈𝐍.@MaxPainGriffin ENDS IT in round one 🤯

Prior to his recent streak, Griffin was 3-6 in his first 9 UFC fights. His last defeat came against Alex Oliviera back in March 2020.

Neil Magny will be the taller fighter at 6”3 compared to Griffin who is 5”10.

Magny will also have a significant 4-inch reach advantage over this fight.

Despite being the younger fighter, Magny has more professional MMA experience with 33 pro fights to Griffin’s 26.

The stats show that Magny mixes in the takedowns more frequently than Griffin and absorbs half the number of significant strikes.

This is an excellent matchup between two talented Welterweights in the form of their careers. Griffin is on the best streak in his UFC career, while Magny is 4-1 against high-level opposition.

Max Griffin is certain to break into the rankings if he beats #9 Neil Magny. Magny will be searching for another win to force his way into the Top 5.

The bookmakers’ predictions have Neil Magny as the favorite with betting odds of -195.

Get your Neil Magny vs Max Griffin picks in.

Neil Magny vs Max Griffin tale of the tape 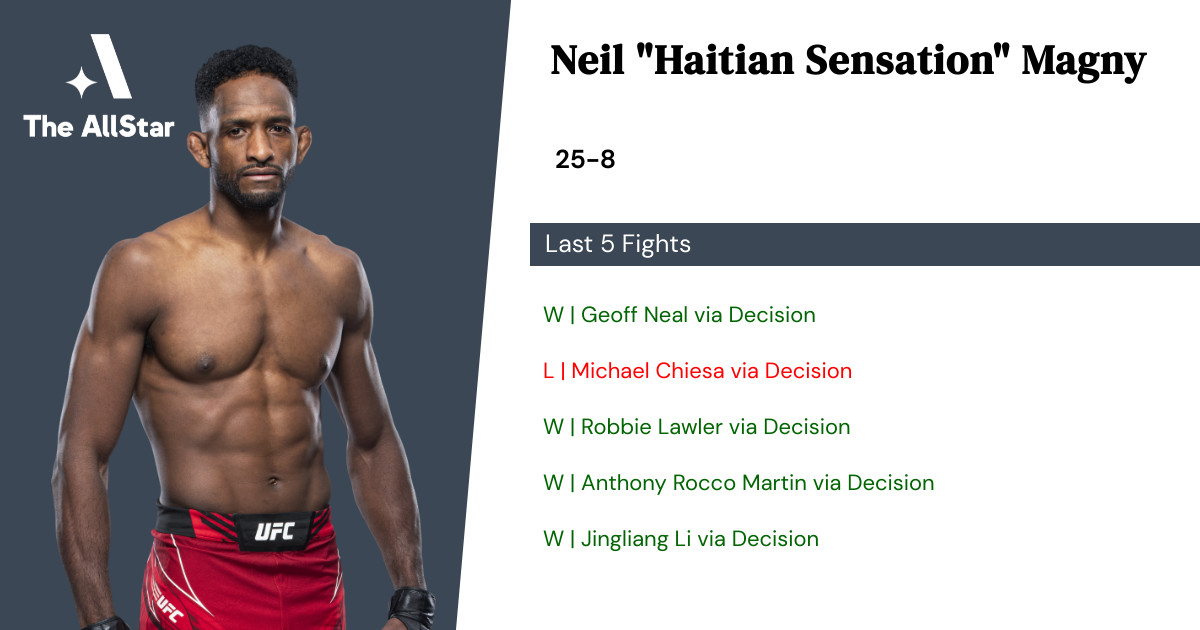 Neil Magny has a 29% finish rate, including 7 by knockout, 3 by submission, 18 by decision.

Neil Magny is looking to put together a winning streak, having last beaten Joaquim Silva at Fury Pro Grappling 3. 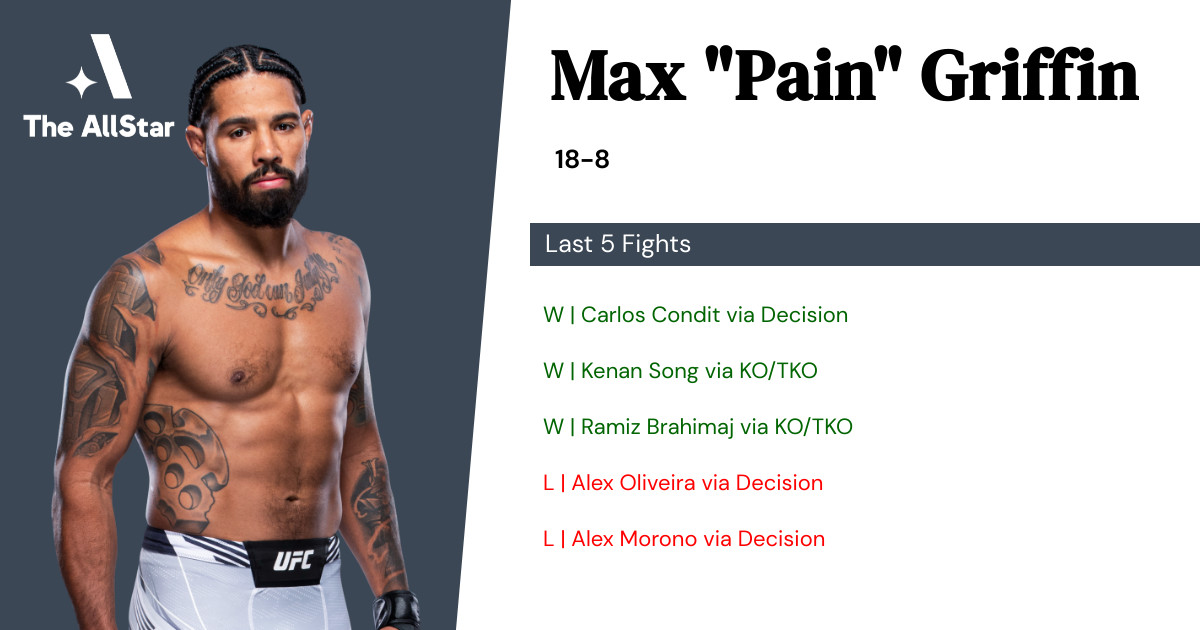 Max Griffin has a 67% finish rate, including 9 by knockout, 2 by submission, 6 by decision.

Neil Magny vs Max Griffin is set to go down at UFC Fight Night – Blaydes vs. Daukaus. The fight is expected to start at around 5:30pm EST on Saturday 26th March 2022.

ESPN+ is the best option to live stream Neil Magny vs Max Griffin if you live in the United States. Outside of the USA, the best option is to register for UFC Fight Pass.

Where can I get the best odds for the Neil Magny vs Max Griffin UFC fight?

Use the AllStar’s directory to find the best sportsbooks and recommendations on where to place UFC bets online. If you just want to play for fun, head over to to our Fantasy UFC picks app to make your fight predictions for Neil Magny vs Max Griffin totally FREE.