Nicolas Dalby vs Claudio Silva is set to go down at UFC Fight Night: Blaydes vs. Aspinall at 10:00am EST on Saturday 23rd July 2022 in a 170lbs matchup.

Nicolas Dalby suffered the first defeat of his second stint in the UFC following a unanimous decision loss to Tim Means last June.

Nicolas Dalby vs Claudio Silva was first reported on

This Welterweight matchup will kick off the prelims at UFC Fight Night: Blaydes vs. Aspinall.

Nicolas Dalby put up a good fight in the final round of his matchup against Tim Means but it wasn’t enough, with all three judges awarding Means the 29-28 victory.

Dalby return to the UFC in 2019 with a decision win over Alex Oliveira before he was submitted by Jesse Ronson (later overturned to a No Contest). He also secured a big betting underdog win over Daniel Rodriguez in November 2020.

Claudio Silva found himself comprehensively outworked by veteran Court McGee in his last UFC appearance in May 2021.

This defeat followed a unanimous decision loss to James Krause in October 2020. Prior to this, Silva was riding a five-fight winning streak in the UFC, with his last three victories coming by submission.

Nicolas Dalby is slightly shorter than Silva but will have a sizeable 3-inch reach advantage in this matchup.

The 37-year-old Dalby has more professional MMA experience with 24 fights. The 39-year-old Claudio Silva has 17 pro fights on his record.

Claudio Silva started turning heads after putting together five consecutive wins in the UFC before his two most-recent defeats. The Brazilian is extremely dangerous on the mat, which is precisely where Dalby tends to take the fight.

🇩🇰 Nicolas Dalby does it again in Copenhagen 👏

A huge left hook to seal the deal 🥊#CW103 pic.twitter.com/9iN8cqabBx

Both fighters enter this bout following defeats, so there is plenty at stake. Another loss for Silva would make it three on the trot, while Dalby is eager to avoid going on a losing streak of his own.

The oddsmakers’ predictions have Nicolas Dalby as the betting favorite with opening odds of -265.

Get your Nicolas Dalby vs Claudio Silva picks in.

Nicolas Dalby vs Claudio Silva tale of the tape 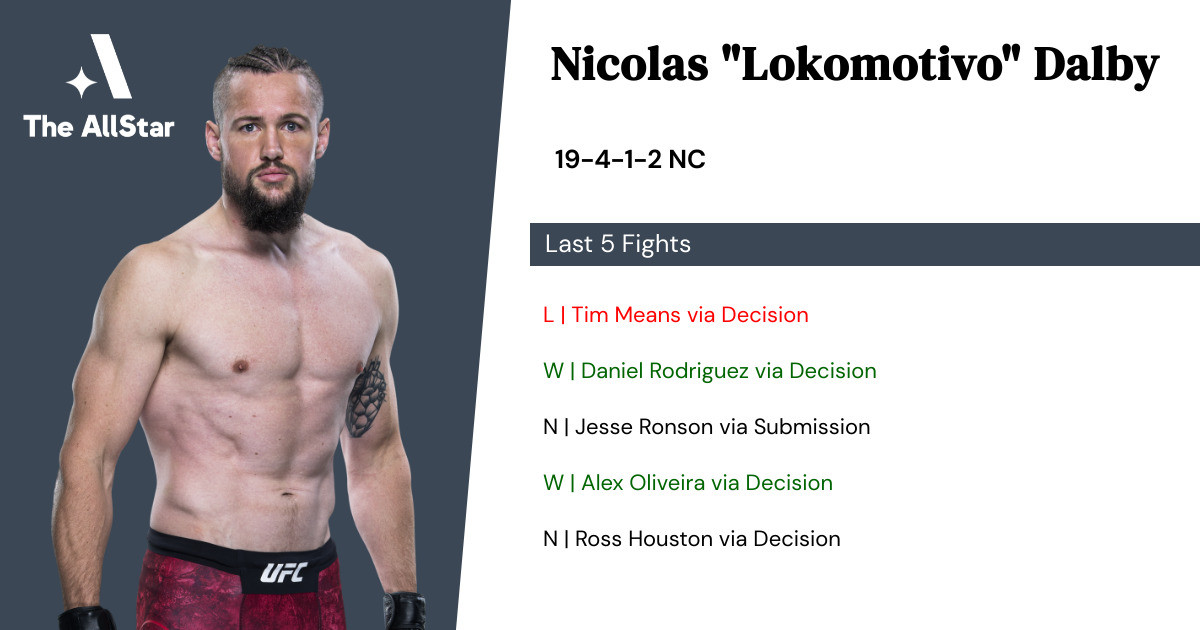 Nicolas Dalby has a 53% finish rate, including 6 by knockout, 4 by submission, 9 by decision.

Nicolas Dalby is looking to get back to winning ways after a loss at the hands of Tim Means at UFC Fight Night: Gane vs. Volkov. 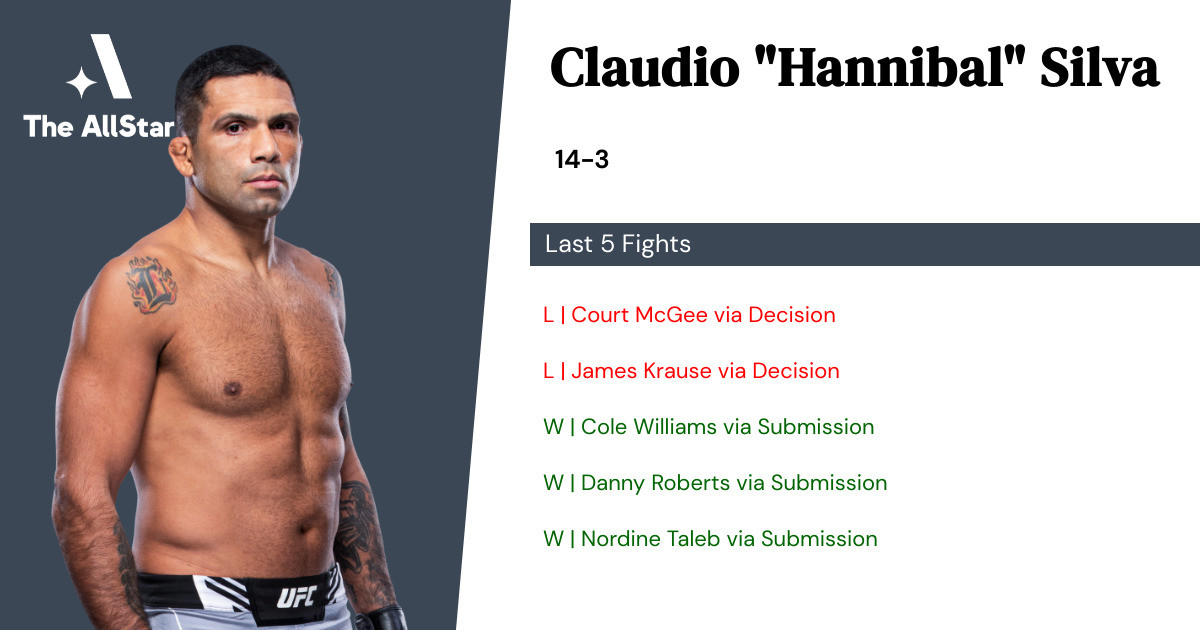 Claudio Silva has a 79% finish rate, including 1 by knockout, 10 by submission, 3 by decision.

Claudio Silva is currently on a 2 fight losing skid.

Nicolas Dalby vs Claudio Silva is set to go down at UFC Fight Night – Blaydes vs. Aspinall. The fight is expected to start at around 10:00am EST on Saturday 23rd July 2022.

ESPN+ is the best option to live stream Nicolas Dalby vs Claudio Silva if you live in the United States. Outside of the USA, the best option is to register for UFC Fight Pass.

Where can I get the best odds for the Nicolas Dalby vs Claudio Silva UFC fight?

Use the AllStar’s directory to find the best sportsbooks and recommendations on where to place UFC bets online. If you just want to play for fun, head over to to our Fantasy UFC picks app to make your fight predictions for Nicolas Dalby vs Claudio Silva totally FREE.