Randy Brown is riding a two-fight winning streak after victories over Alex Oliveira and Jared Gooden in 2021.

Khaos Williams has also won two in a row after a show-stopping knockout win over Miguel Baeza in November.

Khaos Williams opens as the favorite with betting odds of -130.

Randy Brown is the betting underdog with opening odds of +120.

This fight is expected to be the featured prelim at UFC 274.

Randy Brown earned a convincing decision victory over Jared Gooden in October despite spending most of the fight with a dislocated big toe.

Brown choked out Alex Oliveira in his previous fight to make it two in a row. “Rudeboy” has now won four of his last five UFC fights, with his only defeat coming by knockout against Vicente Luque.

Khaos Williams earned a Performance of the Night bonus with a third-round knockout against Miguel Baeza in November.

Williams has won four of his five fights in the UFC, three of which have come by knockout. His sole defeat came against Brazilian up-and-comer Michel Pereira by decision.

Randy Brown is the taller man in this matchup at 6”3 compared to Williams who is 6”0. However, he will only have a slight 1-inch reach advantage.

The stats show that Brown sometimes utilizes his grappling game with an average of 0.86 TDs landed per 15 minutes. Khaos Williams has yet to land a takedown in his UFC career.

This fight is almost guaranteed to be a standup war, with both fighters capable of trading big shots.

KHAOS IN THE OCTAGON 🌩@KhaosOXWilliams is TERRIFYING in the Octagon 😳

[ Main event next on #ESPNPlus ] pic.twitter.com/YR1PR0XZKc

The UFC has chosen this one as the featured prelim at UFC 274 for good reason, so make sure you are tuning in.

Both of these fighters are rising up the Welterweight rankings, so there is plenty at stake. With both men riding win streaks, a place in the top 15 of the UFC Welterweight division could be next with a victory.

The oddsmakers’ predictions have Khaos Williams as the slight favorite with opening odds of -130.

Get your Randy Brown vs Khaos Williams picks in.

Randy Brown vs Khaos Williams tale of the tape 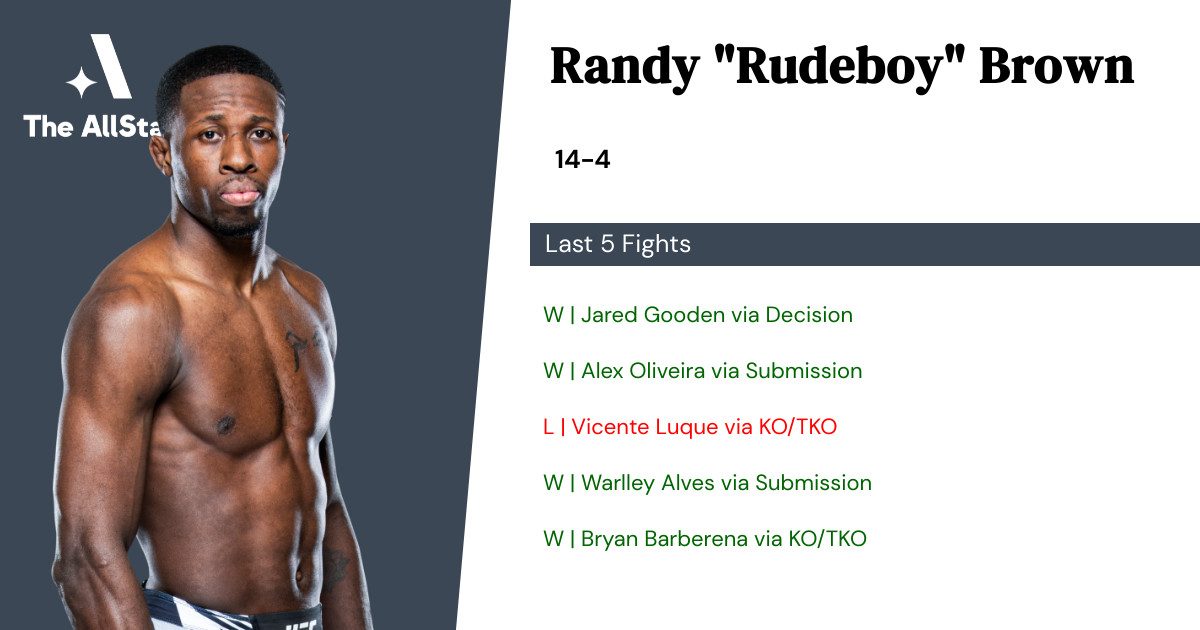 Randy Brown has a 79% finish rate, including 6 by knockout, 5 by submission, 3 by decision. 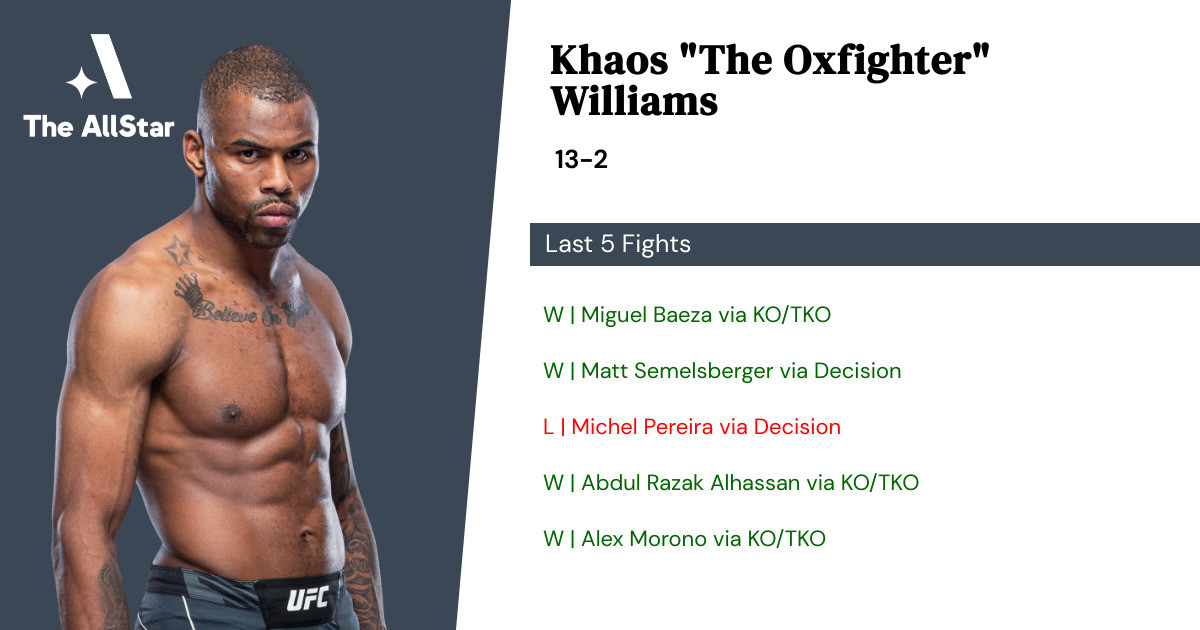 Khaos Williams has a 62% finish rate, including 6 by knockout, 2 by submission, 5 by decision.

Randy Brown vs Khaos Williams is set to go down at UFC 274 – Oliveira vs. Gaethje. The fight is expected to start at around 5:30pm EST on Saturday 7th May 2022.

ESPN+ is the best option to live stream Randy Brown vs Khaos Williams if you live in the United States. Outside of the USA, the best option is to register for UFC Fight Pass.

Where can I get the best odds for the Randy Brown vs Khaos Williams UFC fight?

Use the AllStar’s directory to find the best sportsbooks and recommendations on where to place UFC bets online. If you just want to play for fun, head over to to our Fantasy UFC picks app to make your fight predictions for Randy Brown vs Khaos Williams totally FREE.