Marlon Vera has put together two wins in a row, including a spectacular front kick knockout against Frankie Edgar in his last UFC appearance.

Rob Font will be the betting favorite with opening odds of -140.

Marlon Vera is the betting underdog with opening odds of +130.

This fight will serve as the five-round main event at UFC Fight Night: Font vs. Vera.

Rob Font came up short against Brazilian legend Jose Aldo in their five-round main event in December, losing on all three judges’ scorecards.

Font has won four of his last five UFC fights, including a dominant display over former 135lbs champion Cody Garbrandt in May.

Marlon Vera bounced back from his 2020 defeat to Jose Aldo with a convincing decision win over Davey Grant, followed by a highlight-reel KO against Frankie Edgar.

The Ecuadorean has won 8 of his last 10 UFC fights, including notable finishes over Sean O’Malley and Andre Ewell.

Both men stand 5”8 tall and will enter this fight with a similar reach.

Marlon Vera is the younger man at 29 years old, while Font is 34. However, Vera has the edge on pro MMA experience with 28 fights to Font’s 24.

Rob Font has more impressive striking stats with an average of 5.64 significant strikes per minute to Vera’s 4.08.

This is an exciting matchup in the Bantamweight Division between two Top 10 fighters. Both men have a complete MMA game with plenty of knockouts and submissions on their resumes.

It could also determine who is next in line for a shot at the belt. A couple of wins for either fighter would put them right in the title picture.

This is an important fight in the future of the Bantamweight Division. Font and Vera are exceptional fighters who can challenge anyone on their day.

Victory would thrust the winner into the Top 5 rankings and could warrant a number one contender matchup next.

The oddsmakers’ predictions see Rob Font as the slight favorite with opening odds of -140.

Rob Font gave his predictions during an exclusive with The AllStar, predicting a finish against Vera:

Get your Rob Font vs Marlon Vera picks in.

Rob Font vs Marlon Vera tale of the tape

Rob Font has the better record against the shared opposition, at 1-2 to Marlon Vera’s record of 0-3 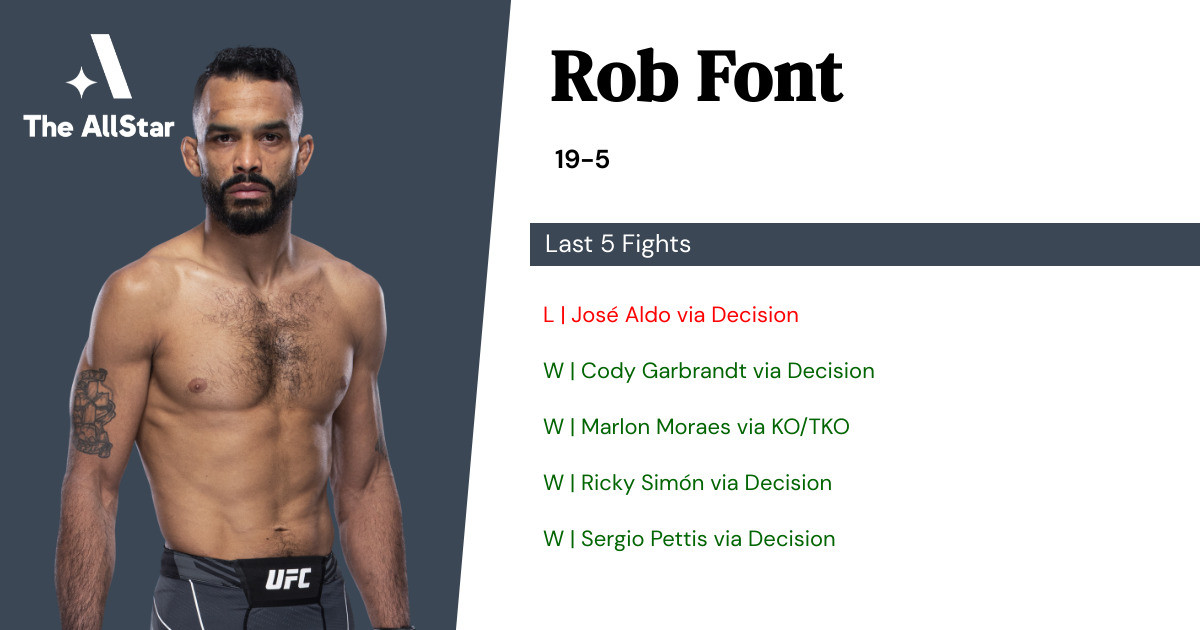 Rob Font has a 64% finish rate, including 8 by knockout, 4 by submission, 7 by decision.

Rob Font is looking to get back to winning ways after a loss at the hands of José Aldo at UFC Fight Night: Font vs. Aldo. 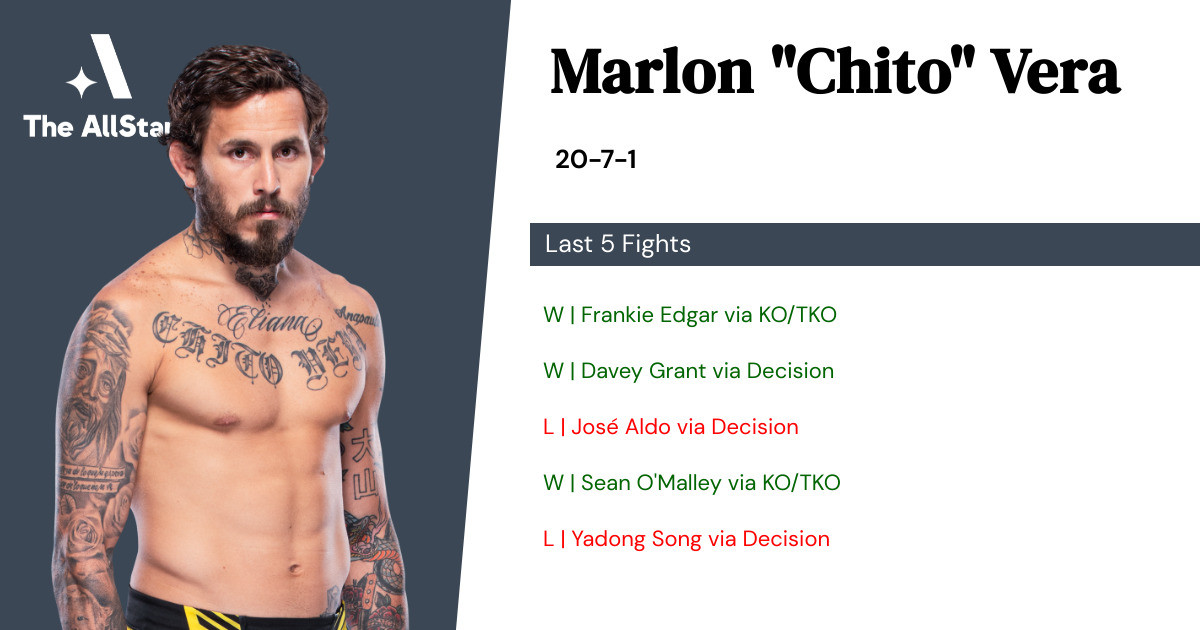 Marlon Vera has a 85% finish rate, including 8 by knockout, 10 by submission, 3 by decision.

Rob Font vs Marlon Vera is set to go down at UFC Fight Night – Font vs. Vera. The fight is expected to start at around 8:30pm EST on Saturday 30th April 2022.

Where can I get the best odds for the Rob Font vs Marlon Vera UFC fight?

Use the AllStar’s directory to find the best sportsbooks and recommendations on where to place UFC bets online. If you just want to play for fun, head over to to our Fantasy UFC picks app to make your fight predictions for Rob Font vs Marlon Vera totally FREE.