Roxanne Modafferi is one of the most experienced fighters in women’s MMA with a total of 49 fights to her name. Her 50th pro fight will also be her final one, with Modafferi intending to retire after this bout.

Casey O’Neill is undefeated as a pro with an 8-0 record. She has gone 3-0 in the UFC, with all three of her victories coming by stoppage.

Casey O’Neill opened as a -365 betting favorite. With these betting odds, placing a bet on O’Neill means you would need to bet $365 in order to win $100.

This fight was first announced on November 3rd, 2022 and will take place on the undercard of UFC 271.

After the fight was announced, Modafferi revealed that it will be her last.

Roxanne Modafferi has gone 4-6 in her last 10 fights, losing two on the bounce with defeats to Viviane Araujo and Thalia Santos.

Modafferi has had a long and storied career stretching all the way back to her debut in 2003. She rejoined the UFC in 2017 with an unsuccessful challenge for the inaugural Women’s Flyweight Championship.

24-year-old standout Casey O’Neill has lived up to the hype since joining the UFC. She has secured three finishes in a row to take maintain her perfect professional record.

It is all King Casey here in the second 👑

[ Tune in LIVE on @ESPNPlus ] pic.twitter.com/WVeXmLur4L

O’Neill won a dominant TKO victory over Antonina Shevchenko in her last Octagon outing. After a TKO win over Shana Dobson in her UFC debut, O’Neill upset the odds with a submission win against Lara Procopio.

Roxanne Modafferi is the significantly more experienced fighter with a total of 49 professional fights, while up-and-comer Casey O’Neill has 8 pro fights on her record.

Modafferi is also much older at 39 years old compared to O’Neill who is 24. In terms of height and reach, both fighters are almost identical.

This will be an exciting fight, pitting a women’s MMA legend against a highly-touted prospect. Modafferi is one of the pioneers of women’s MMA and will be given an appropriate send-off by the UFC.

Welcome to the UFC @KingCaseyMMA! 🇦🇺

Casey O’Neill is one of the most promising female fighters to emerge in the UFC in years. At just 24 years old, O’Neill has already beaten seasoned veterans of the sport and has finished all of her UFC fights.

For Modafferi, this fight will be about ending her career on a high. She won’t be fighting for ranking or money; this one will be for legacy and sentiment.

O’Neill will see this as her chance to take out a legend and climb the UFC Women’s Flyweight rankings. Coming into the fight at #15, O’Neill could break into the Top Ten with a victory.

The bookmakers’ predictions have Casey O’Neill as the significant favorite with opening odds of -365.

Get your Roxanne Modafferi vs Casey O’Neill picks in.

Where to bet on Roxanne Modafferi vs Casey O’Neill

Roxanne Modafferi vs Casey O’Neill tale of the tape 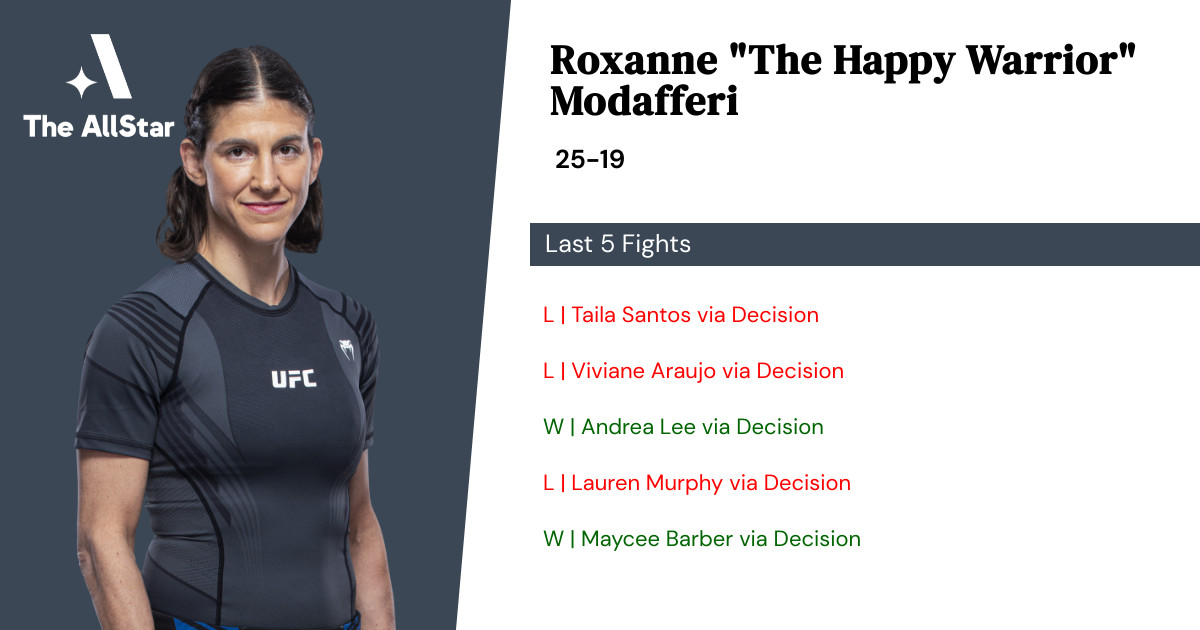 Roxanne Modafferi has a 36% finish rate, including 6 by knockout, 6 by submission, 16 by decision.

Roxanne Modafferi is currently on a 2 fight losing skid. 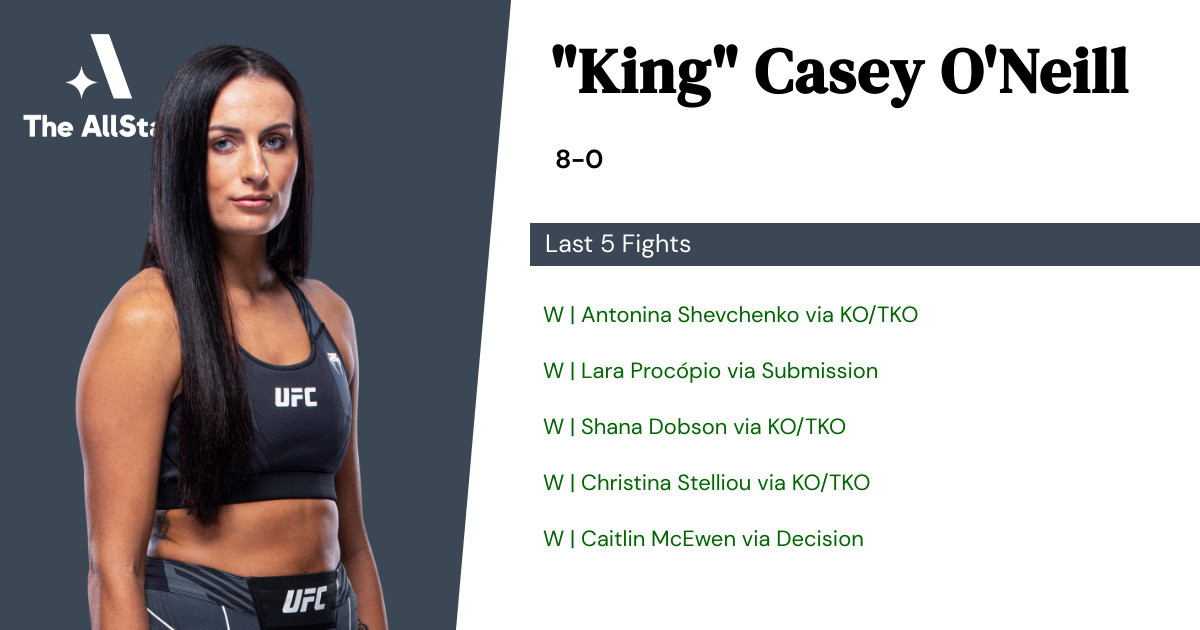 Casey O’Neill has a 63% finish rate, including 3 by knockout, 2 by submission, 3 by decision.

Roxanne Modafferi vs Casey O’Neill is set to go down at UFC 271 – Adesanya vs. Whittaker 2. The fight is expected to start at around 8:00pm EST on Saturday 12th February 2022.

ESPN+ is the best option to live stream Roxanne Modafferi vs Casey O’Neill if you live in the United States. Outside of the USA, the best option is to register for UFC Fight Pass.

Where can I get the best odds for the Roxanne Modafferi vs Casey O’Neill UFC fight?