Sijara Eubanks opened as a -165 betting favorite. Placing a bet on Eubanks means you would need to bet $165 in order to win $100.

Where to bet on Sijara Eubanks vs Melissa Gatto

Sijara Eubanks vs Melissa Gatto tale of the tape

Both fighters have a record of 0-0 against the common opposition. 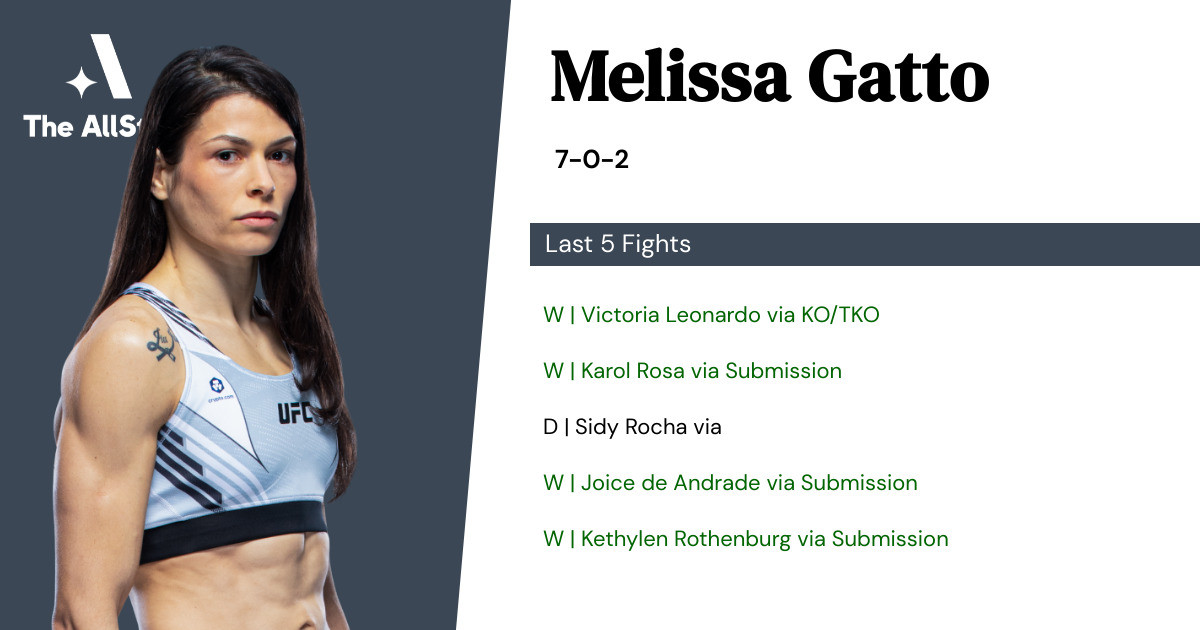 Melissa Gatto has a 72% finish rate, including 1 by knockout, 4 by submission, 2 by decision. 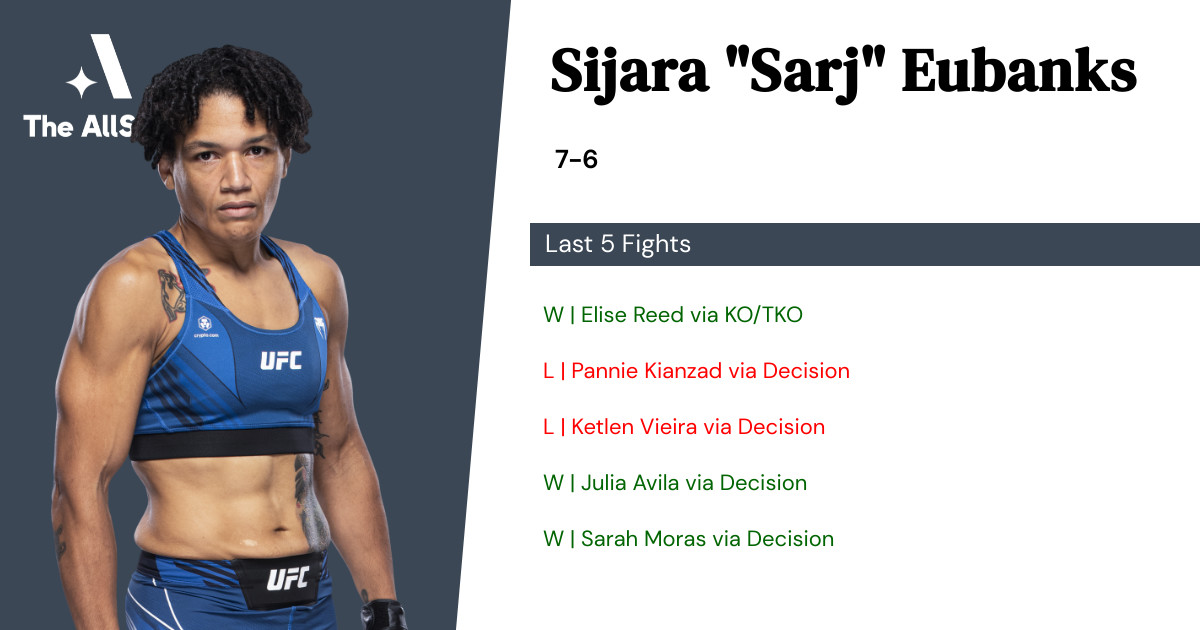 Sijara Eubanks has a 29% finish rate, including 4 by knockout, 1 by submission, 5 by decision.

Sijara Eubanks is looking to put together a winning streak, having last beaten Elise Reed at UFC Fight Night: Sandhagen vs. Dillashaw.

Sijara Eubanks vs Melissa Gatto is set to go down at UFC Vegas 45 – Lewis vs. Daukaus. The fight is expected to start at around 5:00pm EST on Saturday 18th December 2021.

ESPN+ is the best option to live stream Sijara Eubanks vs Melissa Gatto if you live in the United States. Outside of the USA, the best option is to register for UFC Fight Pass.