Silvana Gomez Juarez suffered her second defeat in the UFC after losing via first-round armbar to Vanessa Demopoulos.

Na Liang had a UFC debut to forget after she was stopped by Ariane Carnelossi at UFC 261.

Silvana Gomez Juarez opened as a -160 betting favorite. Placing a bet on Gomez Juarez means you would need to bet $160 in order to win $100.

This UFC Strawweight matchup will take place on the prelims at UFC 275: Teixeira vs. Procházka.

Silvana Gomez Juarez is now 0-2 in the UFC after losing both of her fights by armbar in the first round.

The Argentine made her debut against Lupita Godinez in October before facing Vanessa Demopoulos in January.

Na Liang came up short on her UFC debut in April 2021 after running into Ariane Carnelossi.

OFF TO AN ABSOLUTE FLYER HERE FOLKS! WOW! 🤯 #UFC261 pic.twitter.com/G0smEIl0vW

The Chinese fighter entered the UFC off the back of five straight first-round finishes. She has previously fought in Bellator.

Na Liang will be the taller woman in this matchup at 5”5, while Juarez is 5”3. Na Liang will enter this fight with a significant 4-inch reach advantage.

Silvana Gomez Juarez is much older at 37 years old, while her opponent is still only 25. However, Liang has more professional MMA experience with 24 fights to Juarez’s 14.

This fight promises to be a competitive matchup between two dangerous fighters.

Na Liang has maintained a 100% finishing rate over her MMA career, while Juarez has finished 80% of her wins.

Both of these women have a lot to prove in the UFC, with neither fighter registering a win in the promotion thus far.

A defeat for either fighter could spell the end of their brief UFC careers.

The oddsmakers’ predictions have Silvana Gomez Juarez as the slight betting favorite with opening odds of -160.

Get your Silvana Gomez Juarez vs Na Liang picks in.

Silvana Gomez Juarez vs Na Liang tale of the tape 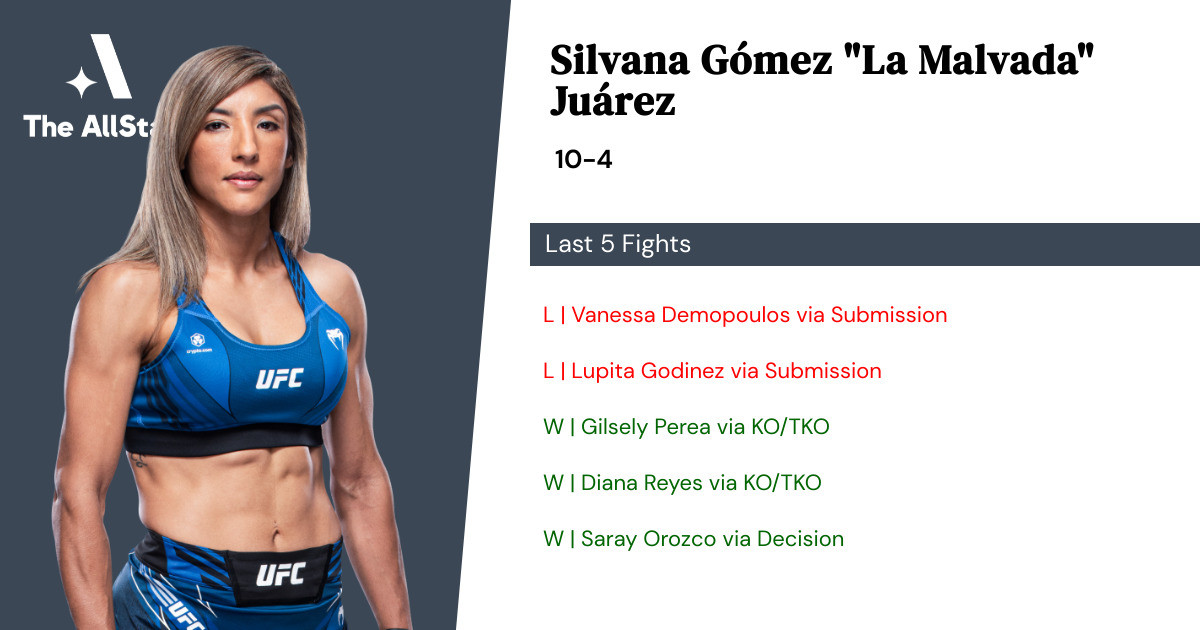 Silvana Gómez Juárez has a 80% finish rate, including 6 by knockout, 2 by submission, 2 by decision.

Silvana Gómez Juárez is currently on a 2 fight losing skid. 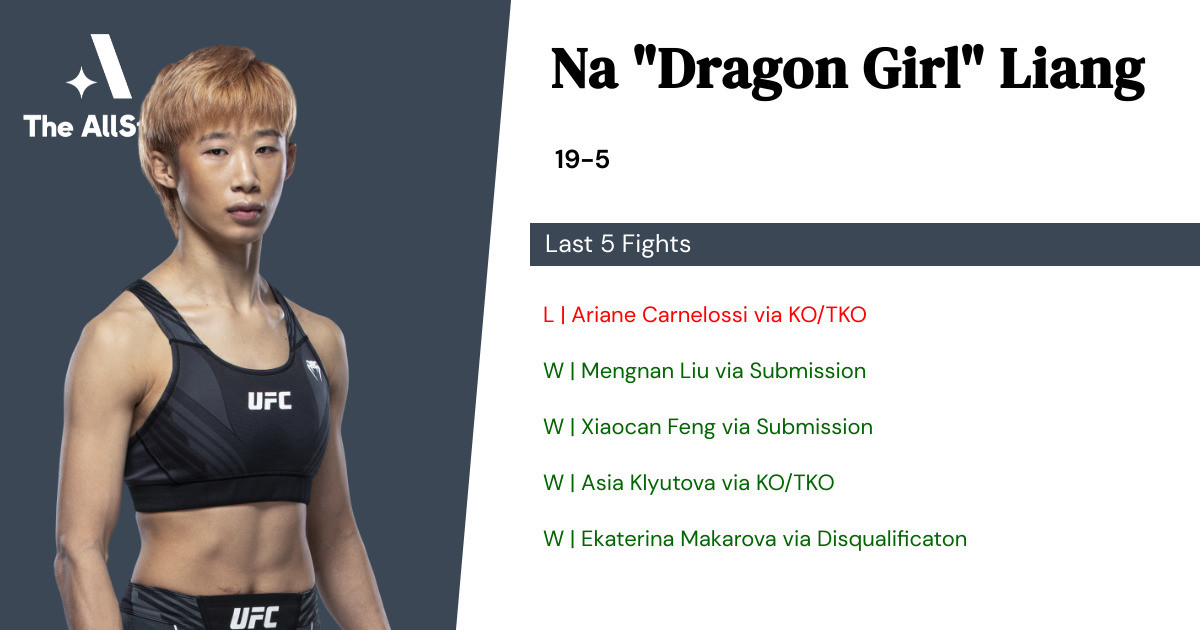 Na Liang is looking to get back to winning ways after a loss at the hands of Ariane Carnelossi at UFC 261: Usman vs. Masvidal 2.

Silvana Gomez Juarez vs Na Liang is set to go down at UFC 275 – Teixeira vs. Procházka. The fight is expected to start at around 8:30pm EST on Saturday 11th June 2022.

ESPN+ is the best option to live stream Silvana Gomez Juarez vs Na Liang if you live in the United States. Outside of the USA, the best option is to register for UFC Fight Pass.

Where can I get the best odds for the Silvana Gomez Juarez vs Na Liang UFC fight?

Use the AllStar’s directory to find the best sportsbooks and recommendations on where to place UFC bets online. If you just want to play for fun, head over to to our Fantasy UFC picks app to make your fight predictions for Silvana Gomez Juarez vs Na Liang totally FREE.