Tim Means last fought in the UFC a year ago when he defeated Nicolas Dalby by unanimous decision.

Kevin Holland dropped down to 170lbs for his last bout against Alex Oliveira in March, securing the win via TKO in Round 2.

Kevin Holland will be the betting favorite with opening odds of -215.

Tim Means is the betting underdog with opening odds of +190.

This fight is expected on the main card at UFC Fight Night: Kattar vs. Emmett.

Tim Means bounced back from a submission defeat to Daniel Rodriguez in February 2020 by securing unanimous decision wins over Laureano Staropoli, Mike Perry and Nicolas Dalby.

“The Dirty Bird” has now won four of his last five fights after going on a difficult run of four defeats from six between 2017 to 2019.

Kevin Holland successfully dropped down to Welterweight with a commanding performance against Alex Oliveira at UFC 272.

Holland went on a record-breaking five-fight win streak over a single year in 2020 before being outgrappled by Derek Brunson and Marvin Vettori in consecutive main events.

Tim Means is the older fighter in this matchup at 38 years old, while Kevin Holland is 29.

Kevin Holland is slightly taller at 6”3 compared to Means who is 6”2. Crucially, Holland will have a massive 6-inch reach advantage in this fight.

The stats show that Tim Means lands more significant strikes per minute at 5.06 to Holland’s 3.84.  However, Means also absorbs more strikes and has less striking accuracy.

This is an exciting matchup between two fan favorites. Kevin Holland is definitely one to watch in the Welterweight division after breaking into the top five of the 185lbs division.

Tim Means continues to silence the doubters by racking up victories. He will bring his patented toughness and endurance to the octagon and put it on Holland.

Either of these fighters could find themselves breaking into the rankings of a stacked 170lbs division.

Tim Means would make it four victories in a row and a win over a legitimate 185lbs contender in Holland.

Many believe Kevin Holland could mount a serious title run during his time in the 170lbs division. He will have to overcome the veteran Tim Means on his road to the belt.

The oddsmakers’ predictions have Kevin Holland as the betting favorite in this one with opening odds of -215.

Get your Tim Means vs Kevin Holland picks in.

Tim Means vs Kevin Holland tale of the tape

Kevin Holland has the better record against the shared opposition, at 1-0 to Tim Means’s record of 0-1 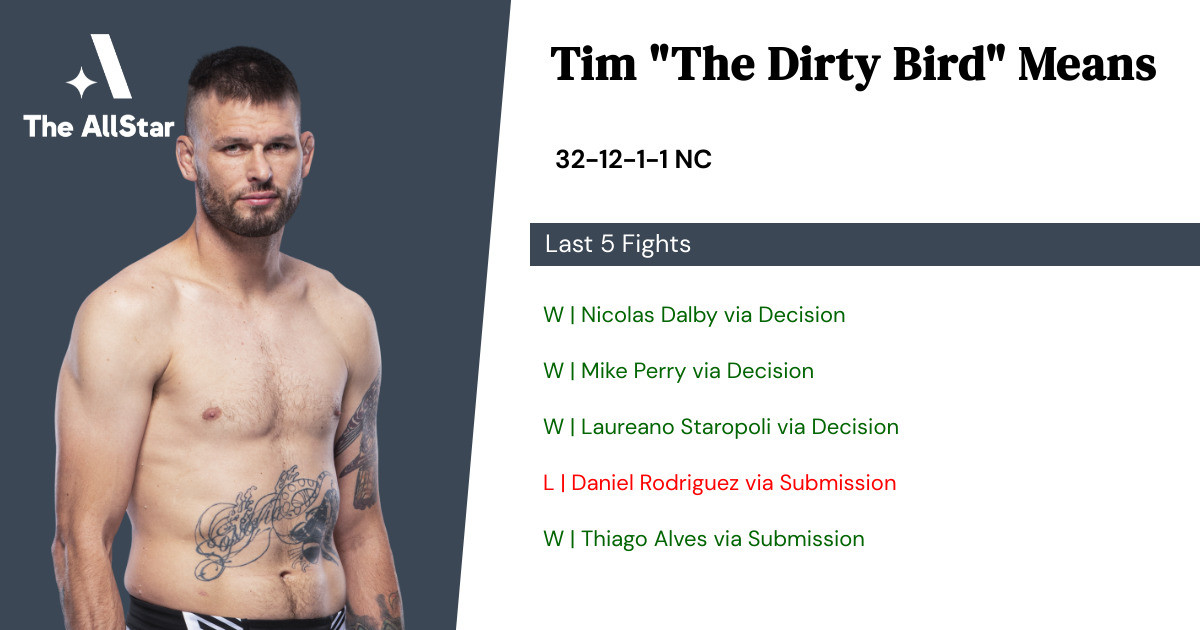 Tim Means has a 75% finish rate, including 19 by knockout, 5 by submission, 8 by decision. 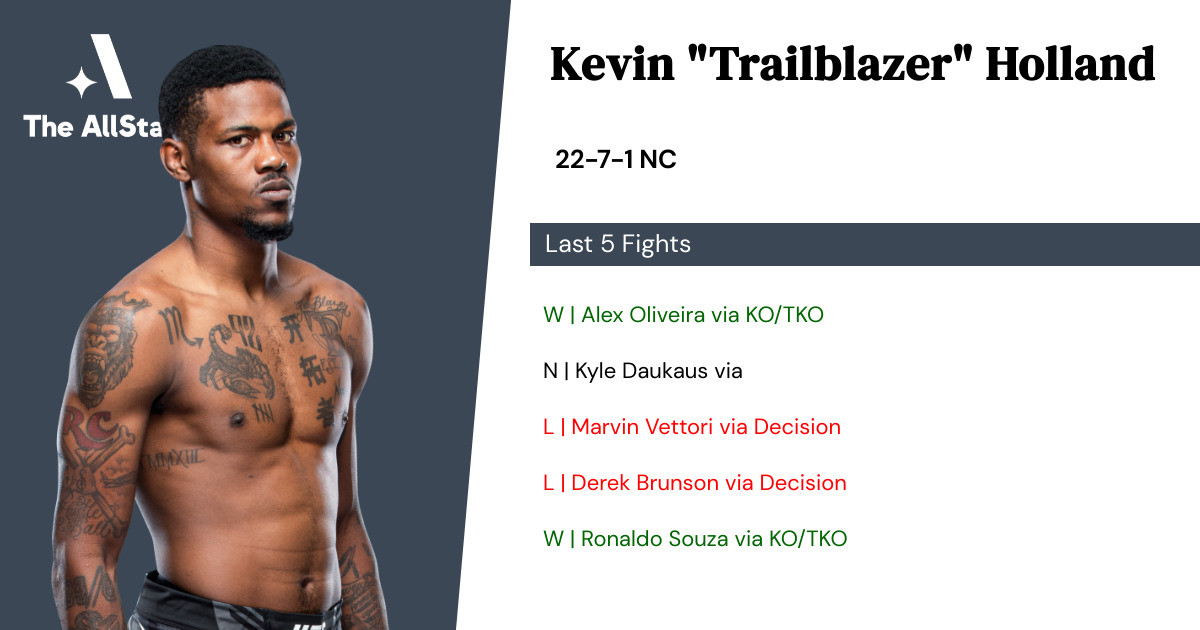 Kevin Holland has a 82% finish rate, including 12 by knockout, 6 by submission, 4 by decision.

Kevin Holland is looking to put together a winning streak, having last beaten Alex Oliveira at UFC 272: Covington vs. Masvidal.

Tim Means vs Kevin Holland is set to go down at UFC Fight Night – Kattar vs. Emmett. The fight is expected to start at around 7:30pm EST on Saturday 18th June 2022.

ESPN+ is the best option to live stream Tim Means vs Kevin Holland if you live in the United States. Outside of the USA, the best option is to register for UFC Fight Pass.

Where can I get the best odds for the Tim Means vs Kevin Holland UFC fight?

Use the AllStar’s directory to find the best sportsbooks and recommendations on where to place UFC bets online. If you just want to play for fun, head over to to our Fantasy UFC picks app to make your fight predictions for Tim Means vs Kevin Holland totally FREE.