Tyson Pedro vs Ike Villanueva is set to go down at UFC Fight Night: Lemos vs. Andrade at 6:30pm EST on Saturday 23rd April 2022 in a 205lbs matchup.

Ike Villanueva was finished inside 80 seconds during his last UFC appearance against Nick Negumereanu in October.

This Light Heavyweight matchup is expected to take place on the prelims at UFC Fight Night: Lemos vs. Andrade.

Tyson Pedro has lost his last two UFC fights after a third-round KO to Shogun Rua and a first-round submission defeat to Ovince St. Preux.

WHAT?!?!?!@Tyson_Pedro_ pulls off the SLICKEST submission in round 1!! #UFC221 pic.twitter.com/xhljy4OFyt

The Australian won his first two fights in the UFC but has since accumulated a 3-3 record. He will be returning to the Octagon after an absence of over three years.

Ike Villanueva is on a two-fight losing streak after consecutive knockout defeats to Nick Negumereanu and Marcin Prachnio.

JUST. LIKE. THAT. 🤯@Hurricane_UFC with an insane right hook KO!

Villanueva has lost four out of his five UFC fights since making his debut in May 2020, with his sole victory coming by knockout against Vinicius Moreira.

Tyson Pedro will be the taller fighter in this matchup, standing at 6”3 compared to Ike Villanueva who is 6”1.

The Australian will have a huge 6-inch reach advantage in this matchup.

Villanueva is the older man at 38 years old, while Tyson Pedro is 30.

This is the much-anticipated return of Aussie favorite Tyson Pedro, who will fight again in the UFC after over three years away.

Pedro will be facing an extremely tough opponent in Ike Villanueva, who poses a danger at any moment with his one-punch knockout power.

Both of these fighters enter this bout on a two-fight losing streak, so there is a lot at stake in terms of their futures in the promotion.

While Tyson Pedro is likely to get another shot even if he loses this one, a defeat would make it five losses in six fights for Villanueva.

The oddsmakers’ predictions have Tyson Pedro as the heavy favorite entering this matchup, with opening betting odds of -435.

Ike Villanueva offered his predictions on the fight in an interview with The AllStar, predicting an explosive finish against Pedro:

Get your Tyson Pedro vs Ike Villanueva picks in.

Tyson Pedro vs Ike Villanueva tale of the tape 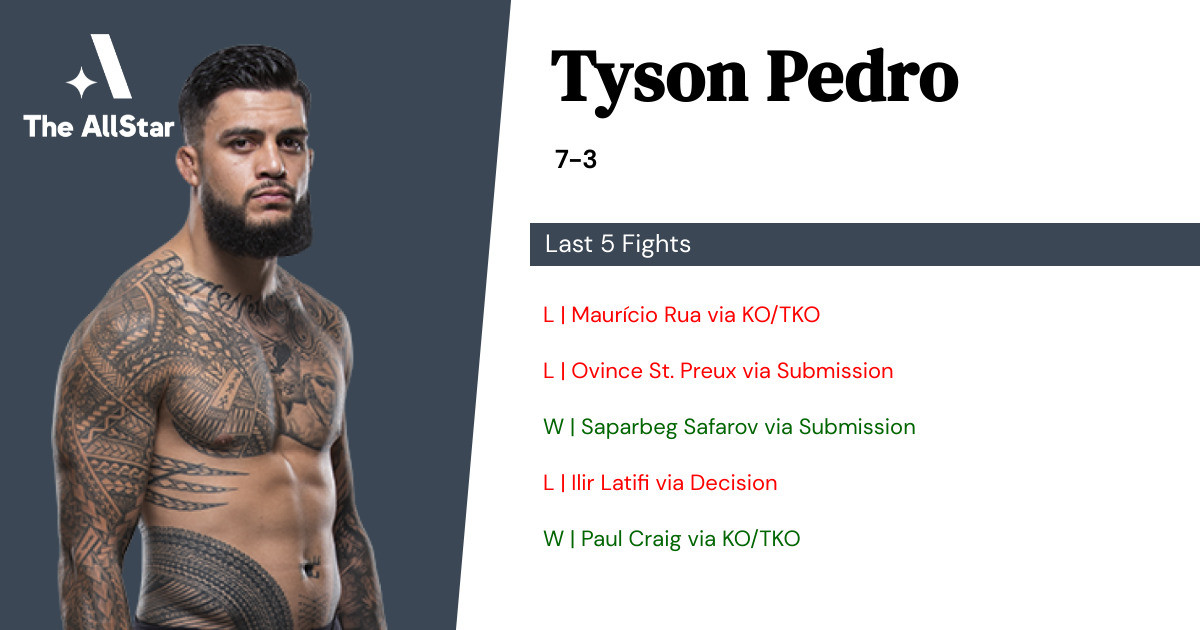 Tyson Pedro has a 100% finish rate, including 2 by knockout, 5 by submission.

Tyson Pedro is currently on a 2 fight losing skid. 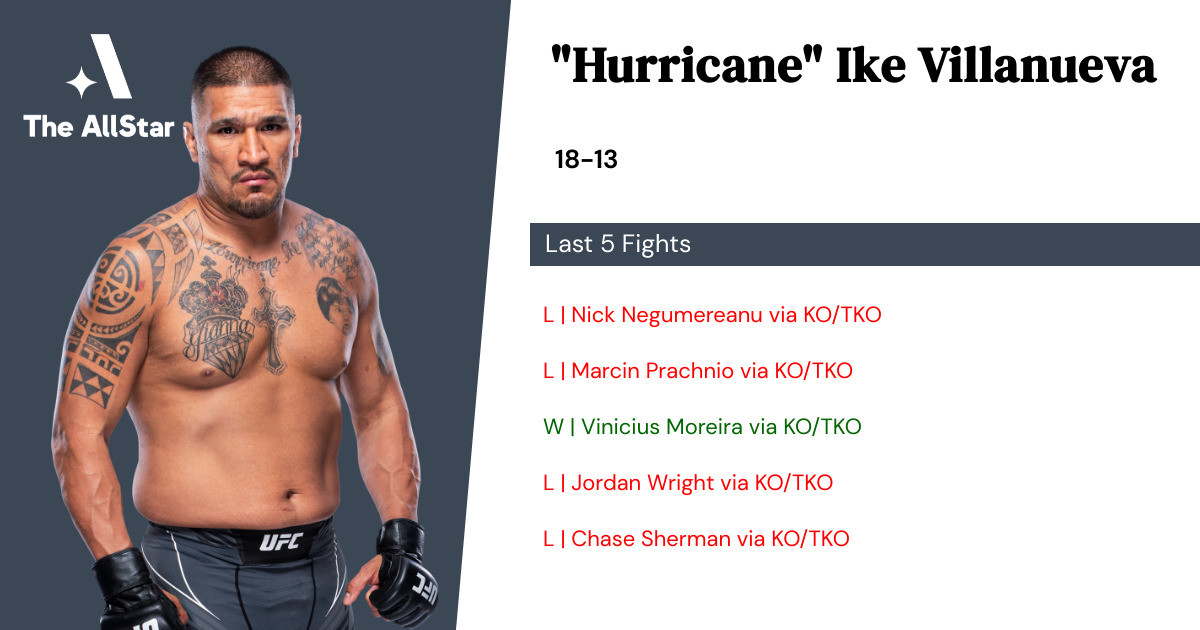 Ike Villanueva has a 84% finish rate, including 15 by knockout, 3 by decision.

Ike Villanueva is currently on a 2 fight losing skid.

Tyson Pedro vs Ike Villanueva is set to go down at UFC Fight Night – Lemos vs. Andrade. The fight is expected to start at around 6:30pm EST on Saturday 23rd April 2022.

ESPN+ is the best option to live stream Tyson Pedro vs Ike Villanueva if you live in the United States. Outside of the USA, the best option is to register for UFC Fight Pass.

Where can I get the best odds for the Tyson Pedro vs Ike Villanueva UFC fight?

Use the AllStar’s directory to find the best sportsbooks and recommendations on where to place UFC bets online. If you just want to play for fun, head over to to our Fantasy UFC picks app to make your fight predictions for Tyson Pedro vs Ike Villanueva totally FREE.