Umar Nurmagomedov vs Nate Maness is set to go down at UFC Fight Night: Tsarukyan vs. Gamrot at 3:30pm EST on Saturday 25th June 2022 in a 135lbs matchup.

Umar Nurmagomedov extended his perfect professional record with a first-round submission against Brian Kelleher at UFC 272.

Nate Maness took his UFC winning streak to three with a second-round TKO against Tony Gravely in September.

Umar Nurmagomedov will be the betting favorite with opening odds of -700.

Nate Maness is the betting underdog with opening odds of +450.

Umar Nurmagomedov vs Nate Maness was first reported on May 12th.

This UFC Bantamweight Division matchup will take place on the main card at UFC Fight Night: Tsarukyan vs. Gamrot.

Umar Nurmagomedov has now won both of his UFC fights after defeating Brian Kelleher via rear-naked choke in the first round of their matchup in March.

The Russian came up good on his UFC debut with another rear-naked choke against Sergey Morozov and is now 14-0 as a pro.

Nate Maness secured his second consecutive finish in the UFC after defeating Tony Gravely by TKO in Round 2 back in September.

Nate Maness was saved by the bell in Round 1 and comes back to do this… 🤯 #UFCVegas37 pic.twitter.com/hec33PWSZl

Maness bounced back from his first career loss in 2019 with four wins on the trot, including victories over Johnny Munoz and Luke Sanders.

Nate Maness will be the taller fighter in this matchup at 5”10, while Nurmagomedov is 5”7. The American will also have a significant 3-inch reach advantage over the Russian.

Umar Nurmagomedov has landed an average of 7.56 TDs per 15 minutes and absorbed just 0.67 significant strikes per minute.

Both of these fighters have a similar number of professional fights despite the four-year age gap.

Umar Nurmagomedov is undoubtedly one to watch in the future of the UFC Bantamweight division. The undefeated cousin of UFC legend Khabib Nurmagomedov is still only 26 and appears to be finishing his opponents with ease.

However, Nate Maness has been on a tear since joining the UFC with three consecutive victories, including two stoppages.

This will be one of the more interesting fights of the evening, especially with Numagomedov as the biggest betting favorite on the card, so make sure you are tuning in.

Both of these fighters are knocking on the door of a stacked UFC Bantamweight Division.

Nate Maness is 3-0 in the UFC, while Nurmagomedov clearly belongs in the Top 15 rankings. A win for either fighter will probably be enough to push them into the rankings.

The oddsmakers’ predictions have Umar Nurmagomedov as the prohibitive favorite with opening odds of -700.

Get your Umar Nurmagomedov vs Nate Maness picks in.

Umar Nurmagomedov vs Nate Maness tale of the tape 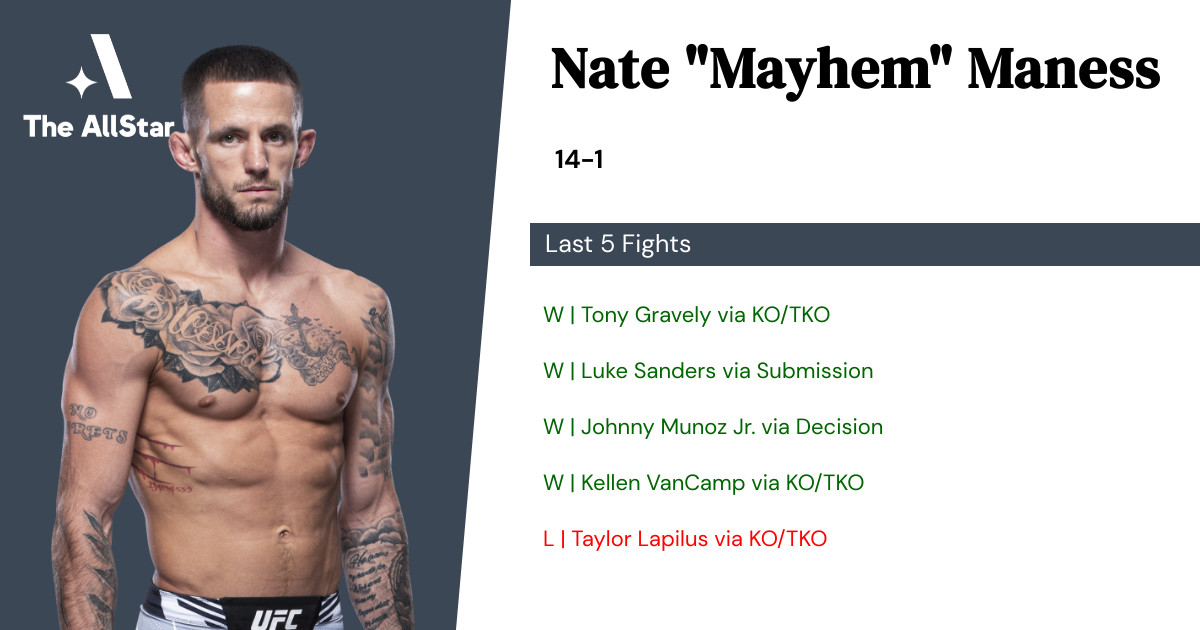 Nate Maness has a 58% finish rate, including 5 by knockout, 3 by submission, 6 by decision. 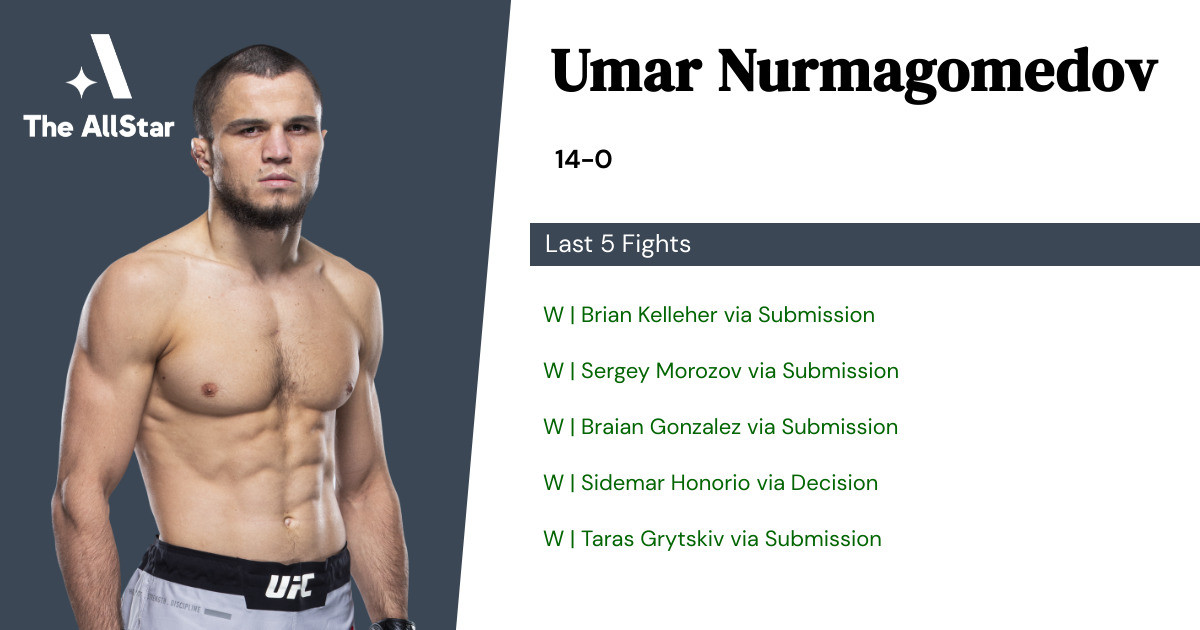 Umar Nurmagomedov has a 58% finish rate, including 1 by knockout, 7 by submission, 6 by decision.

Umar Nurmagomedov vs Nate Maness is set to go down at UFC Fight Night – Tsarukyan vs. Gamrot. The fight is expected to start at around 3:30pm EST on Saturday 25th June 2022.

ESPN+ is the best option to live stream Umar Nurmagomedov vs Nate Maness if you live in the United States. Outside of the USA, the best option is to register for UFC Fight Pass.

Where can I get the best odds for the Umar Nurmagomedov vs Nate Maness UFC fight?

Use the AllStar’s directory to find the best sportsbooks and recommendations on where to place UFC bets online. If you just want to play for fun, head over to to our Fantasy UFC picks app to make your fight predictions for Umar Nurmagomedov vs Nate Maness totally FREE.