Uriah Hall saw his four-fight win streak come to an end with a resounding five-round defeat to Sean Strickland.

Andre Muniz made it four from four in the UFC after submitting Eryk Anders in the first round at UFC 269.

Andre Muniz will be the betting favorite with opening odds of -280.

Uriah Hall is the betting underdog with opening odds of +240.

This Middleweight matchup was initially booked for April 16th before Uriah Hall withdrew.

Silva is down!@UriahHallMMA drops the Spider but is halted by the bell 😲 #UFCVegas12 pic.twitter.com/Cm643YSsRQ

Hall had won four on the trot up to that point, including notable stoppage victories over Anderson Silva and Chris Weidman.

Andre Muniz extended his winning streak to 8 fights after submitting Eryk Anders via armbar in December.

Uriah Hall is slightly shorter than Andre Muniz but will have a slight two-inch reach advantage.

Despite the five-year age gap between these two fighters, they bring a similar level of pro-MMA experience to the Octagon. However, Hall has 18 UFC fights to Muniz’s 4.

The stats reveal a huge difference in fighting styles. Andre Muniz lands an average 3.60 TDs per 15 minutes to Hall’s 0.59.

This Middleweight fight is a classic Striker vs Grappler matchup. Uriah Hall is always exciting to watch and brings a diverse striking arsenal to the Octagon.

ONE shot! @UriahHallMMA closes the show in the 3rd with a beautiful counter right hand! What a comeback win! #UFC232 pic.twitter.com/LY1gt8zUA6

He will face the dangerous Andre Muniz who has finished four of his last five fights with first-round submissions.

This fight matches up #9 with #13 in the UFC Middleweight Division. Andre Muniz is shooting up the rankings and could guarantee a Top 5 matchup with a win.

HE BROKE HIS ARM 🤯

Uriah Hall could also mount a run at the belt with an impressive victory in this fight. Don’t miss it.

The oddsmakers’ predictions have Andre Muniz as the clear betting favorite with opening odds of -280.

Get your Uriah Hall vs Andre Muniz picks in.

Uriah Hall vs Andre Muniz tale of the tape 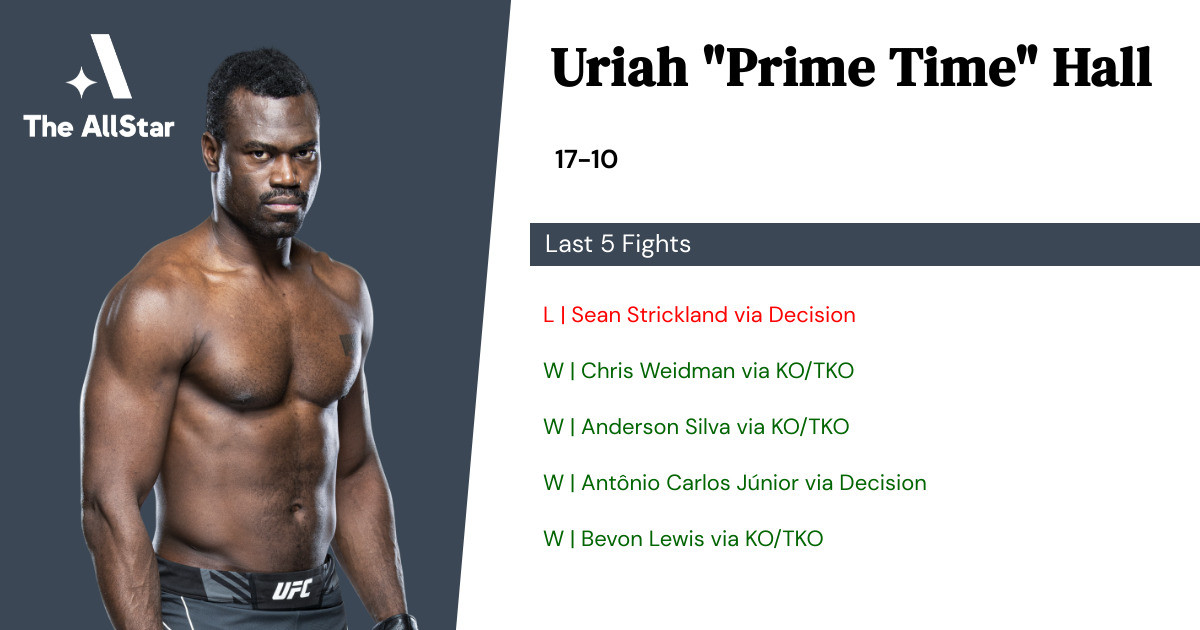 Uriah Hall has a 77% finish rate, including 15 by knockout, 2 by submission, 4 by decision.

Uriah Hall is looking to get back to winning ways after a loss at the hands of Sean Strickland at UFC Fight Night: Hall vs. Strickland. 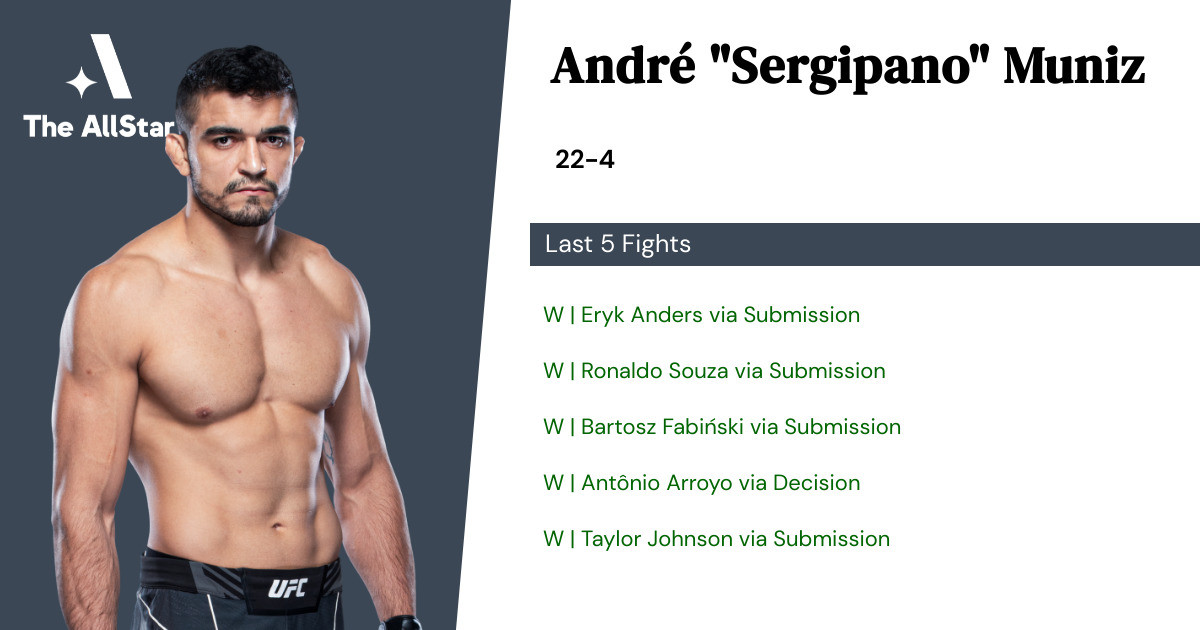 André Muniz has a 87% finish rate, including 4 by knockout, 15 by submission, 3 by decision.

Uriah Hall vs Andre Muniz is set to go down at UFC 276 – Adesanya vs. Cannonier. The fight is expected to start at around 6:30pm EST on Saturday 2nd July 2022.

ESPN+ is the best option to live stream Uriah Hall vs Andre Muniz if you live in the United States. Outside of the USA, the best option is to register for UFC Fight Pass.

Where can I get the best odds for the Uriah Hall vs Andre Muniz UFC fight?

Use the AllStar’s directory to find the best sportsbooks and recommendations on where to place UFC bets online. If you just want to play for fun, head over to to our Fantasy UFC picks app to make your fight predictions for Uriah Hall vs Andre Muniz totally FREE.