Vicente Luque enters this bout on a four-fight win streak, with his most recent victory coming via Round 1 submission against Michael Chiesa.

Belal Muhammad earned a dominant win over Stephen Thompson in December to make it six wins from seven.

Vicente Luque will be the betting favorite with opening odds of -160.

Belal Muhammad is the betting underdog with opening odds of +145.

These two fighters met early in their careers at UFC 205 in November 2016, with Luque winning via Round 1 knockout.

This five-round Welterweight fight will headline the UFC on ESPN+ 64 card.

Vicente Luque bounced back from a grueling decision loss to Stephen Thompson in 2019 with four straight finishes. He recently defeated submission specialist Michael Chiesa via D’Arce Choke at UFC 265.

Belal Muhammad has won two fights in a row after his No Contest decision against Leon Edwards in March 2021.

Muhammad has only been finished once in his career during a 2016 fight against Vicente Luque. He has accumulated an 11-3-1(NC) record during his time in the UFC.

Both of these fighters stand 5”11 tall, although Luque will have a significant 5-inch reach advantage in this bout.

The stats show how often Belal Muhammad utilizes his grappling by attempting 2.20 TD’s per 15 minutes to Luque’s 0.80.

Vicente Luque’s submission threat is evident with 5 submission wins in the UFC, 4 via D’Arce Choke. Muhammad has a single win by rear-naked choke.

Vicente Luque is one of the most exciting fighters in the UFC. 13 of his 14 UFC victories have come by way of stoppage, and the Brazilian is dangerous both on the feet and on the ground.

Belal Muhammad is one of the division’s toughest fighters who brings an inexhaustible gas tank and suffocating grappling.

This is a significant fight for the future of the Welterweight Division. Luque and Muhammad are both just a fight or two away from a title shot or eliminator matchup.

Luque in particular, with his incredible finishing rate, could earn himself a shot at the belt with an impressive win.

The oddsmakers’ predictions see Vicente Luque as the favorite with betting odds of -160.

Vicente Luque made his predictions during an exclusive with The AllStar:

Belal Muhammad predicts a different outcome to their first fight:

10-1 since the last fight.. i earned the rematch doubt me all you want this fight isn’t personal for me it’s not about revenge I’m a different fighter he’s a different fighter this is a new fight there will be a new result and by the end of the year I’ll be the new champ

On James Lynch’s ‘MMA Pros Pick’ feature, professional MMA fighter picks were almost split down the middle. There was a slight edge towards Luque with 19 picks to Muhammad’s 16.

Get your Vicente Luque vs Belal Muhammad picks in.

Vicente Luque vs Belal Muhammad tale of the tape

Belal Muhammad has the better record against the shared opposition, at 2-0 to Vicente Luque’s record of 1-2 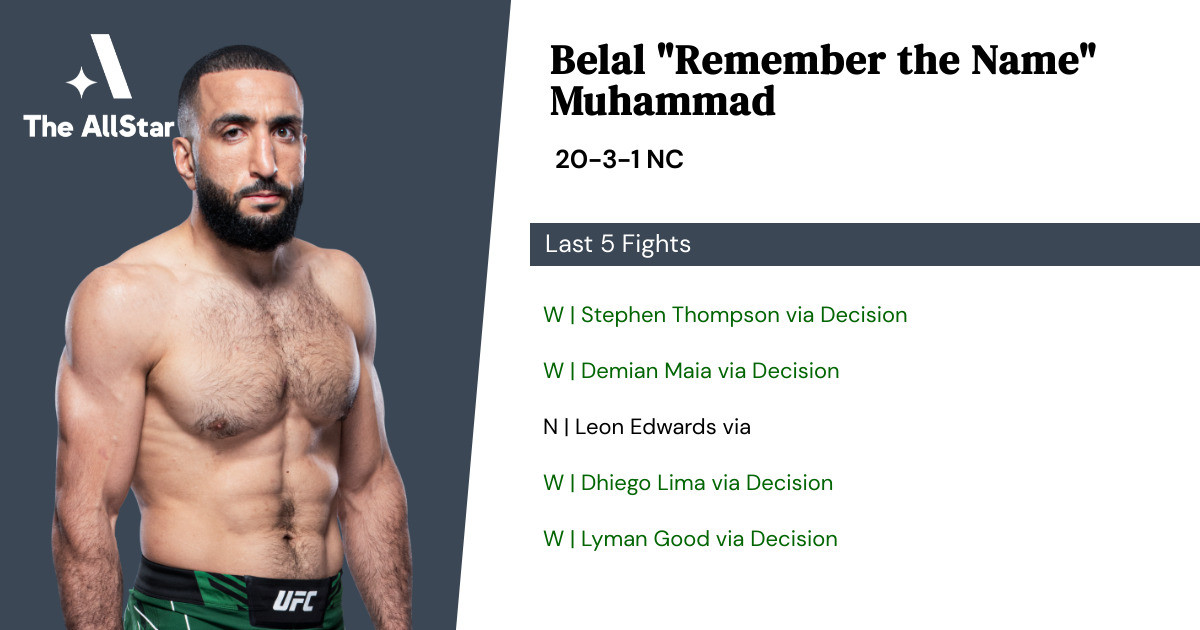 Belal Muhammad has a 25% finish rate, including 4 by knockout, 1 by submission, 15 by decision. 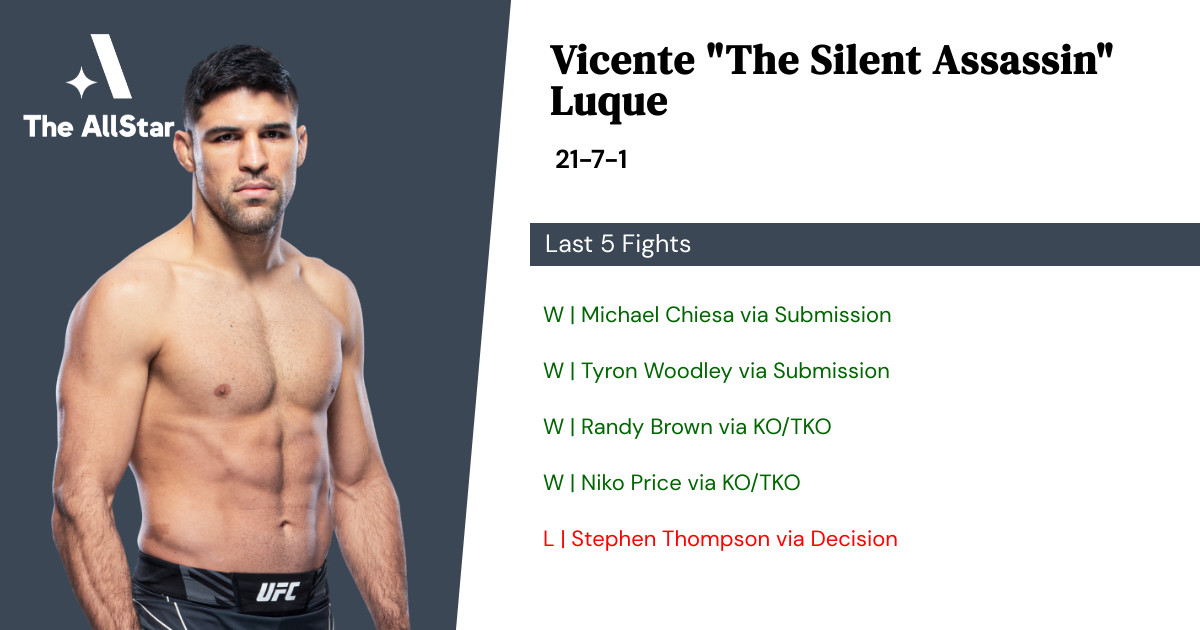 Vicente Luque has a 91% finish rate, including 11 by knockout, 9 by submission, 2 by decision.

Vicente Luque vs Belal Muhammad is set to go down at UFC Fight Night – Luque vs. Muhammad 2. The fight is expected to start at around 11:00pm EST on Saturday 16th April 2022.

ESPN+ is the best option to live stream Vicente Luque vs Belal Muhammad if you live in the United States. Outside of the USA, the best option is to register for UFC Fight Pass.

Where can I get the best odds for the Vicente Luque vs Belal Muhammad UFC fight?

Use the AllStar’s directory to find the best sportsbooks and recommendations on where to place UFC bets online. If you just want to play for fun, head over to to our Fantasy UFC picks app to make your fight predictions for Vicente Luque vs Belal Muhammad totally FREE.