Vinc Pichel has put together three wins in a row, with his most recent victory coming against Austin Hubbard in August.

Mark Madsen is undefeated as a professional MMA fighter and last picked up a win against veteran Clay Guida.

Vinc Pichel will be the slight betting favorite with opening odds of -140.

Mark Madsen is the betting underdog with opening odds of +125.

These two were initially booked to fight at UFC 271 before the bout was moved forward to UFC 273.

Vinc Pichel outstruck Austin Hubbard in his last UFC appearance to pick up a unanimous decision victory. All three judges and every major media outlet picks had Pichel as the winner.

This one goes down to the wire! Who's up on your scorecard? #UFCVegas34 pic.twitter.com/voWskl0M7O

Since losing to Gregor Gillespie in 2018, Pichel has racked up consecutive decision wins over Roosevelt Roberts, Jim Miller and Hubbard.

Mark Madsen has won all three of his UFC fights since making his debut in 2019. The Dane has yet to taste defeat, although veteran Clay Guida took him to a close split-decision in August.

Still undefeated 👏👏👏@MarkTheOlympian gets the win via split decision at #UFCVegas34. pic.twitter.com/puBKPlp5NA

Madsen is a former Olympic wrestler who took home the silver medal at the 2016 Olympic Games.

Vinc Pichel is the taller fighter at 5”10, while Mark Madsen is 5”8. However, both men will have an identical 72-inch reach.

Madsen is slightly younger at 37 compared to Pichel who is 39. Vinc Pichel has 16 pro fights on his record to Madsen’s 11.

The stats show that both of these fighters adopt a grappling-heavy approach.

This is an excellent matchup in the Lightweight Division between two fighters who are riding UFC winning streaks.

Both of these men are seasoned grapplers, particularly Madsen who wrestled in the Olympics.

Their respective grappling prowess could cancel each other out, so we may see a stand-up scrap between two powerful fighters.

The stakes are big in this one, with both fighters on the cusp of breaking into the UFC Lightweight Division rankings.

A win for either man would make it four in a row in the UFC, which would surely bring a Top 15 or Top 10 opponent next.

The bookmakers’ predictions in this one are tight, with the opening betting odds suggesting they slightly favour Vinc Pichel.

Pichel branded his opponent a “one-trick pony” during an exclusive with The AllStar:

Get your Vinc Pichel vs Mark Madsen picks in.

Vinc Pichel vs Mark Madsen tale of the tape 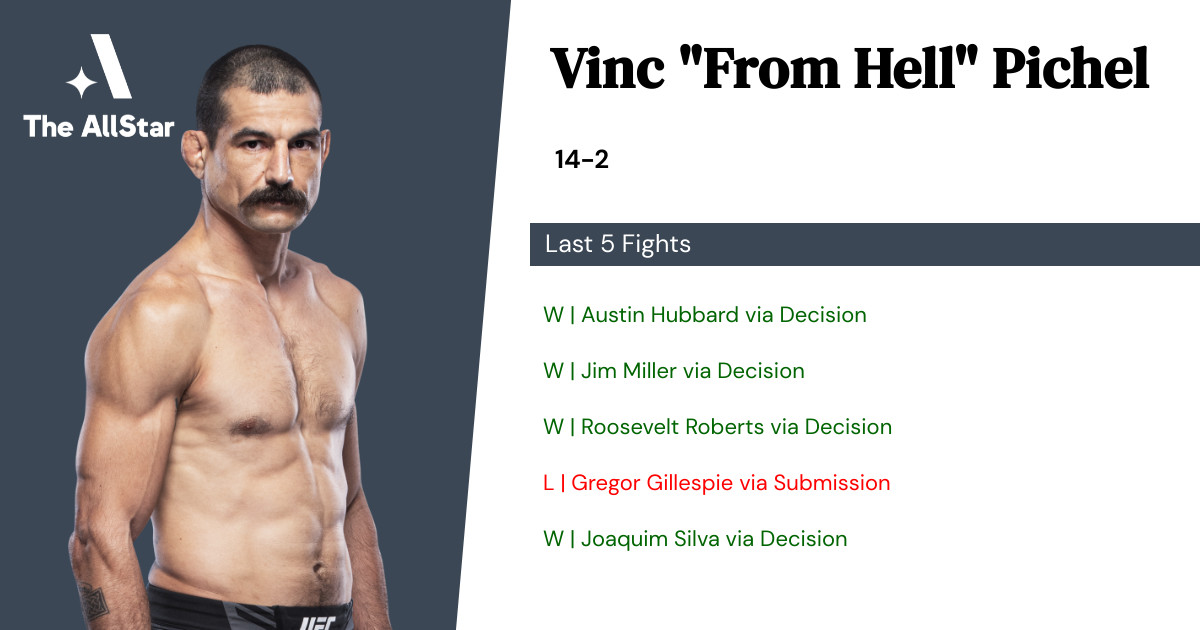 Vinc Pichel has a 50% finish rate, including 8 by knockout, 2 by submission, 7 by decision. 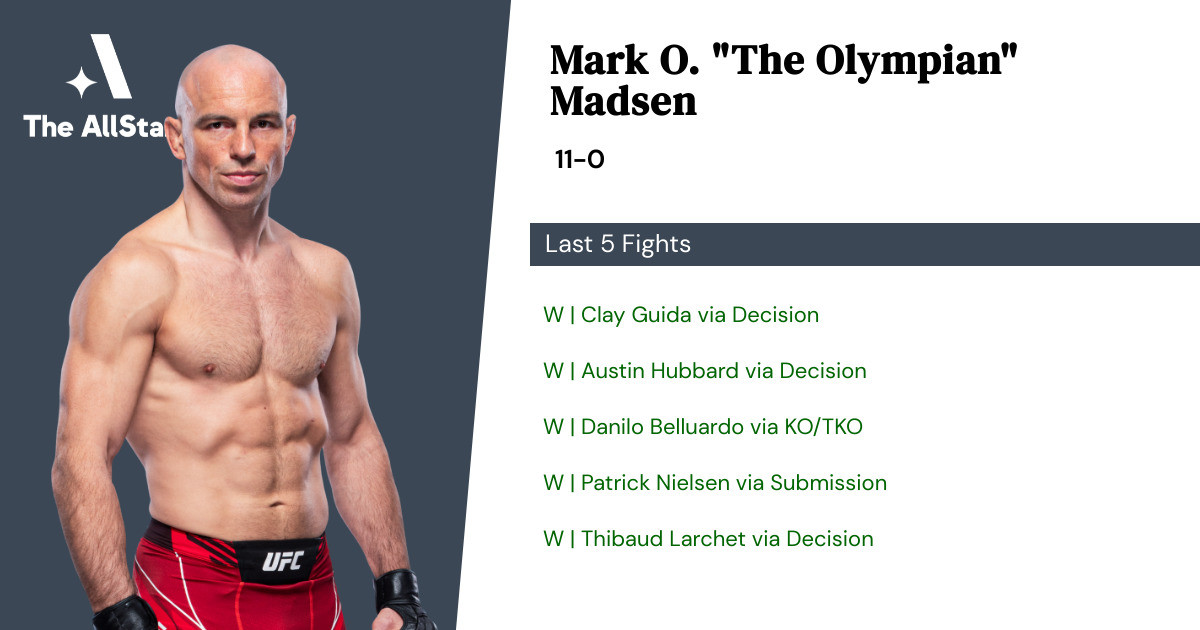 Mark Madsen has a 55% finish rate, including 3 by knockout, 3 by submission, 5 by decision.

Vinc Pichel vs Mark Madsen is set to go down at UFC 273 – Volkanovski vs. Korean Zombie. The fight is expected to start at around 7:00pm EST on Saturday 9th April 2022.

ESPN+ is the best option to live stream Vinc Pichel vs Mark Madsen if you live in the United States. Outside of the USA, the best option is to register for UFC Fight Pass.

Where can I get the best odds for the Vinc Pichel vs Mark Madsen UFC fight?

Use the AllStar’s directory to find the best sportsbooks and recommendations on where to place UFC bets online. If you just want to play for fun, head over to to our Fantasy UFC picks app to make your fight predictions for Vinc Pichel vs Mark Madsen totally FREE.