A new fight between Aleksandar “Rocket” Rakić and Jan Błachowicz has been announced in the Light Heavyweight division. The fight is scheduled to take place at a UFC Fight Night events on March 26, 2022.

Jan Błachowicz vs. Aleksandar Rakić opened as a pick’em fight on the betting odds with each fighter priced at -108. Since opening, Rakic has moved to the favorite in most books at -130, while Jan has moved slightly to a +110 underdog.

Rakić most recently appeared at UFC 259, taking on and defeating Thiago Santos via Decision in a Light Heavyweight bout. Rakić went into the fight as the -190 slight favorite. The win extended his winning streak to 2 in a row. Rakić’s professional MMA record currently sits at 14-2.

In his most recent octagon appearance, Błachowicz was defeated by Glover Teixeira via Submission at UFC 267 in a Light Heavyweight bout. Błachowicz was the moderate favorite in the fight, coming in at -265. The loss snapped a 5 fight winning streak. Błachowicz’s professional MMA record currently sits at 28-9. 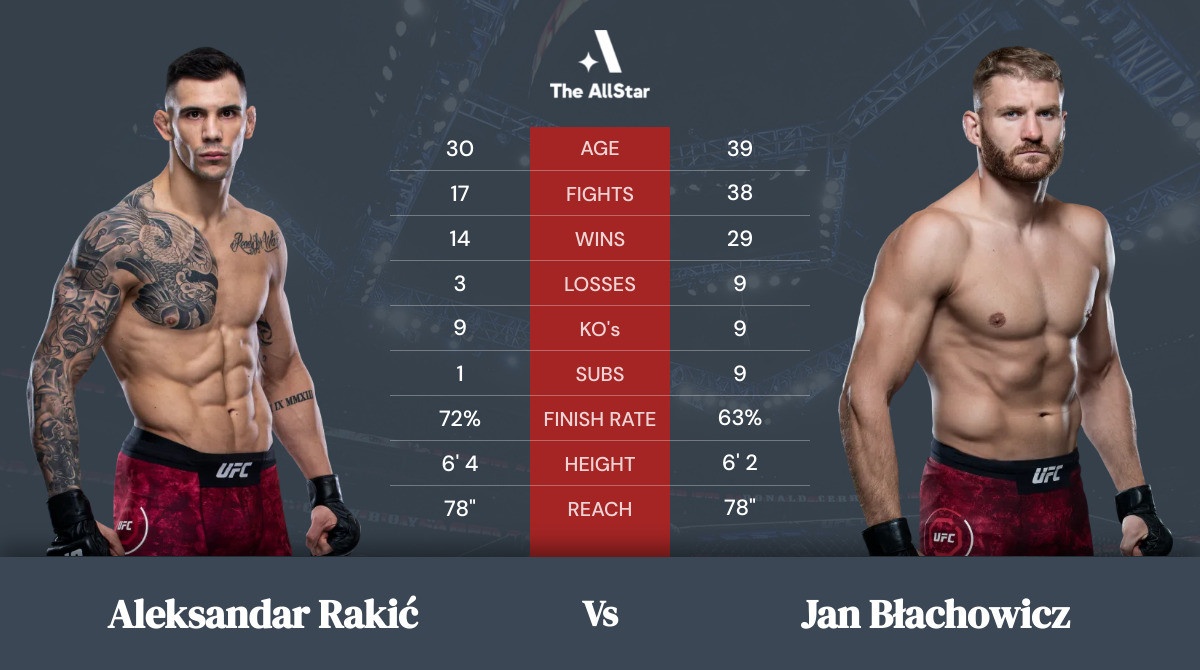