It’s been announced that Raoni Barcelos will take on Trevin “5 Star” Jones in a Bantamweight bout at UFC Vegas 45 on December 18, 2021. The main event is a heavyweight match-up between Derrick Lewis and Chris Daukaus, while the co-main event sees Cub Swanson and Darren Elkins go at it in the featherweight division.

In his last octagon appearance, Barcelos was defeated by Timur Valiev via Decision at UFC Vegas 30 on June 26. He was a moderate favorite going into the fight, at -225. Despite the loss – which came after four successive wins – Barcelos went home with extra cash, being rewarded for a Fight of the Night performance. The loss snapped a 9 fight winning streak, leaving his professional MMA record at 16-2.

Jones was also defeated in his most recent octagon appearance, by Submission to Saidyokub Kakhramonov at UFC Vegas 34 on August 21, despite going into the fight a slight favorite at -150. Jones’s professional MMA record currently sits at 13-7 (1 NC). 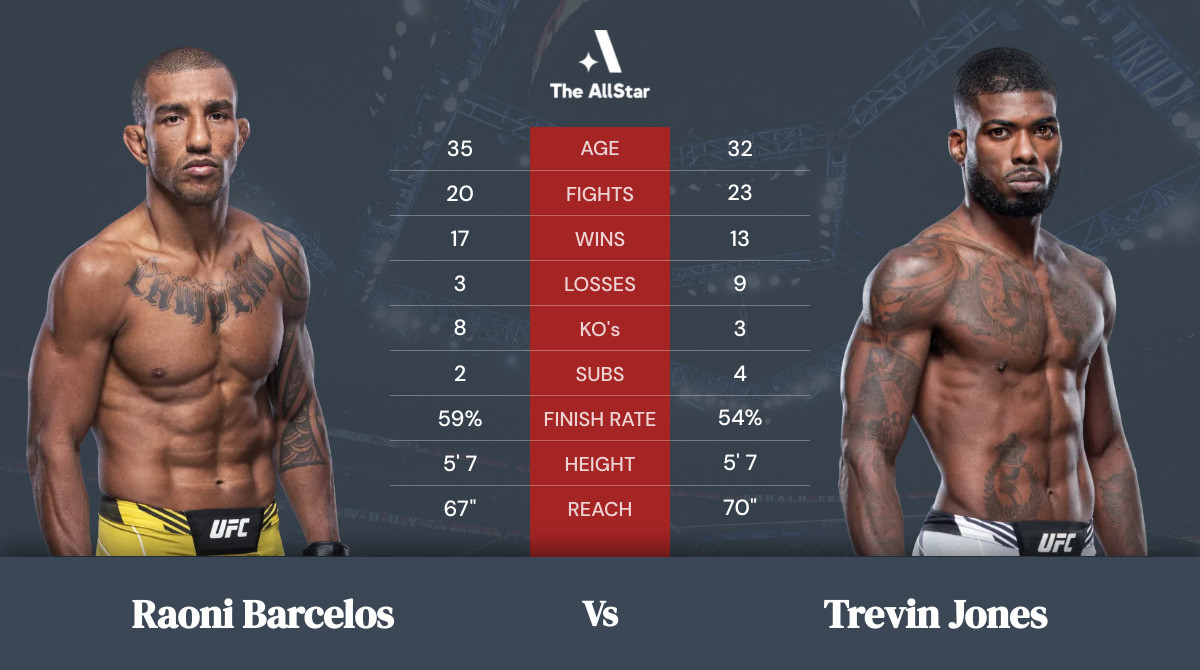