Renato Moicano and Alexander Hernandez to clash at UFC 271

It has been announced that Renato Moicano and Alexander “The Great” Hernandez will face off in the Lightweight division at UFC 271 on February 12, 2022.

Moicano most recently appeared at UFC Vegas 30, taking on and defeating Jai Herbert via Submission in a lightweight bout. Moicano went into the fight as a -250 moderate favorite, the result returning him to the win column. His professional MMA record currently sits at 15-4-1.

Hernandez most recently appeared at UFC Vegas 38, taking on and defeating Mike Breeden via KO/TKO. Hernandez went into the fight a huge -650 favorite. The victory also marked a return to the win column, and took his professional MMA record to 13-4. 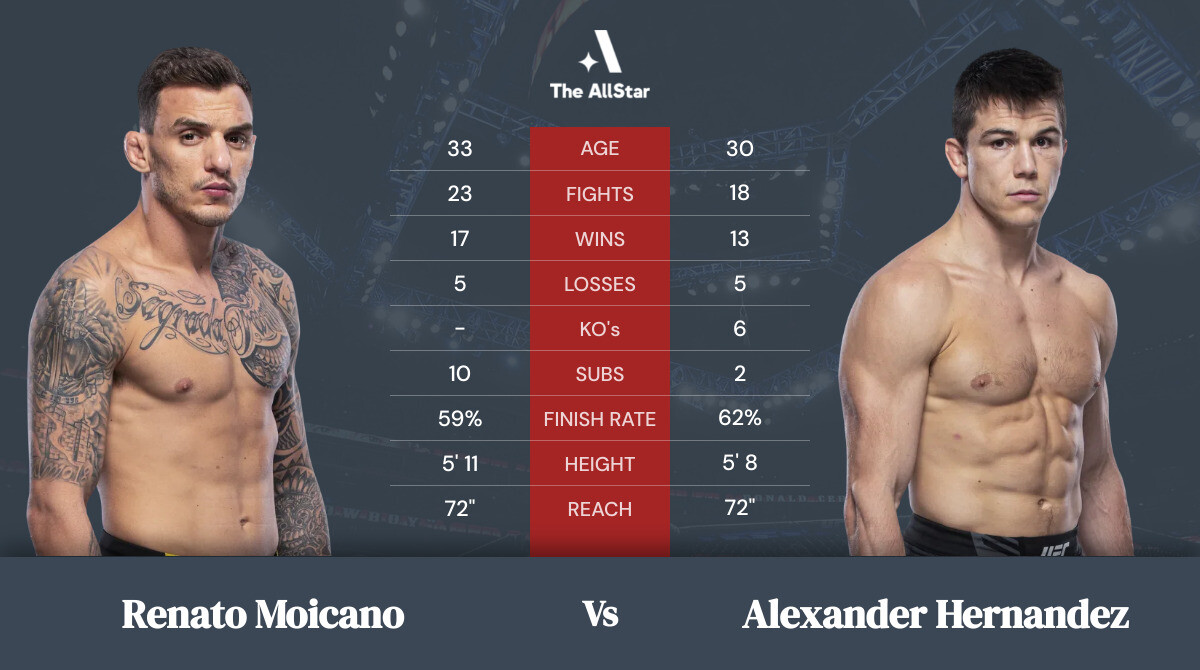