Sportsbook Cloudbet has released odds for a potential UFC middleweight matchup between Robert Whittaker and Marvin Vettori amid mounting speculation of a future meeting between the two middleweights.

Whittaker is favored at -200 to win, according to the crypto sportsbook. Vettori is the underdog at +170.

Whittaker, who suffered a decision loss to division champion Israel Adesanya at UFC 271, fueled speculation of a match-up with Vettori in media interviews in the past week.

The Australian has made no secret of his desire to fight a top contender and claw his way back into contention for the title that Adesanya took from him in 2019. Vettori is currently the third-ranked challenger in the middleweight division.

“I think my guys are talking. I think that’s the next fight. That’s really the only guy in the top five that I haven’t fought,” Whittaker said in an interview with CBS Sports. “I think that’s on the agenda. Realistically, it’s the only fight that makes sense for both of us.”

In his most recent octagon appearance against Adesanya, Whittaker was the moderate underdog, coming in at +240. The loss snapped a 3-fight winning streak. Whittaker’s professional MMA record currently sits at 23-6.

Vettori most recently appeared at UFC Fight Night, taking on and defeating Paulo Costa via Decision in a Light Heavyweight bout. Vettori went into the fight as the -200 moderate favorite. Vettori earned a performance of the night bonus cheque for his efforts. The win marked a return to the win column for Vettori. Vettori’s professional MMA record currently sits at 18-4-1. 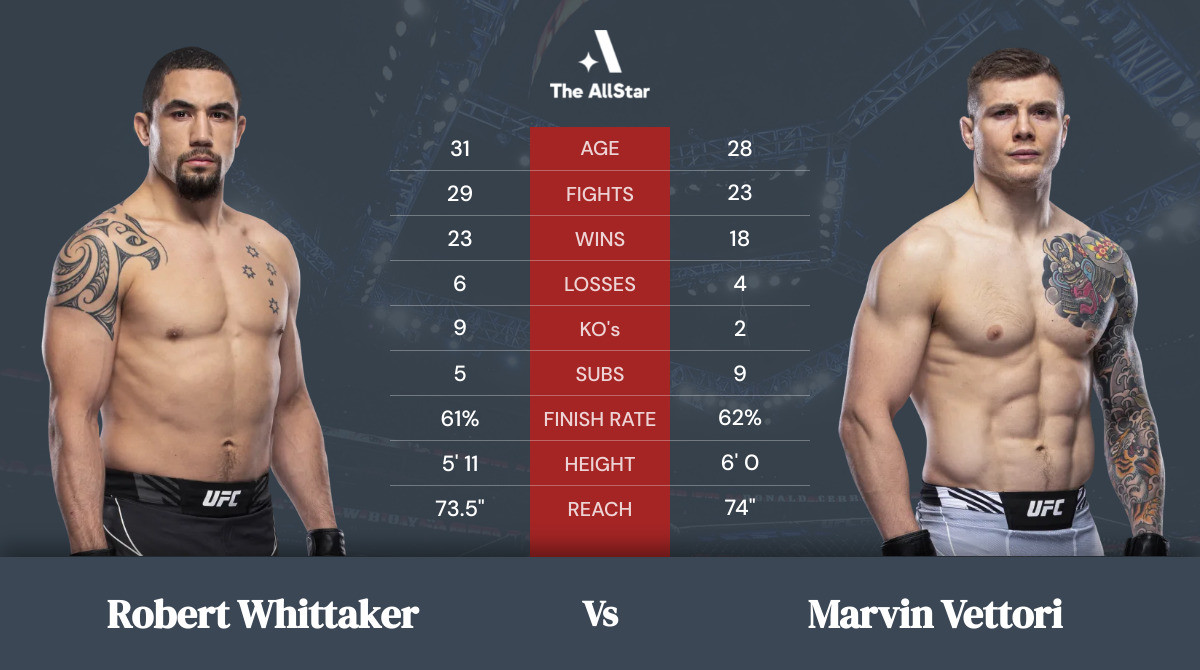