A new fight between Sara McMann and Karol Rosa has been announced in the Bantamweight division. The fight is scheduled to take place at UFC Vegas 51 on March 26, 2022.

In her most recent octagon appearance, McMann was defeated by Julianna Peña via Submission at UFC 257 in a Bantamweight bout. McMann was the slight favorite in the fight, coming in at -125. Her professional MMA record currently sits at 12-6.

Rosa most recently appeared at UFC Vegas 38, taking on and defeating Bethe Correia via Decision in a Bantamweight bout. Rosa went into the fight a huge -650 favorite. The win extended her winning streak to 6 in a row. Rosa’s professional MMA record currently sits at 15-3. 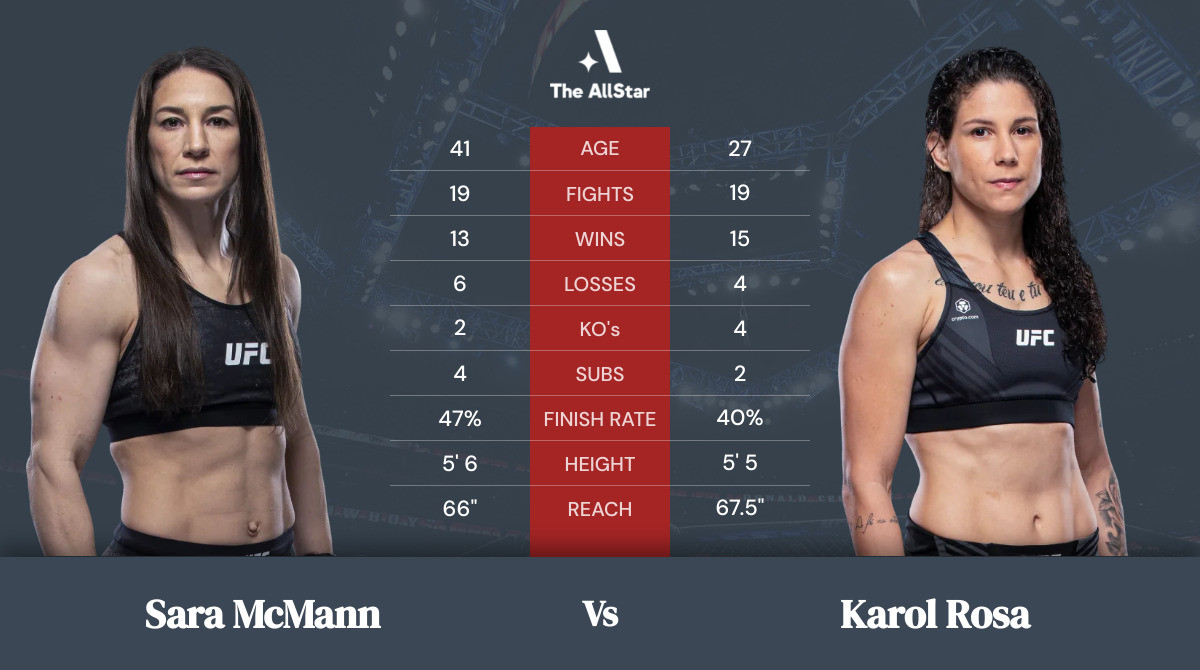 Sara McMann vs Karol Rosa, who’s your pick? Drop your predictions in the comments below.