A fight between Gilbert “Durinho” Burns and Khamzat “Borz” Chimaev has been announced to take place at UFC 272 on April 9.

Sportsbook Cloudbet has released odds for the welterweight matchup. Chimaev opened as the favorite at -250, while Burns came in as a +210 underdog. It will be interesting to see how the odds shift as the fight gets closer.

The over/under for the fight has opened at -162 under 2.5 rounds, while the over has been set at +135. Oddsmakers are expecting this fight to end a finish considering Chimaev has finish all 10 of his previous opponents.

Burns most recently appeared at UFC 264, taking on and defeating Stephen Thompson via Decision in a Welterweight bout. Burns went into the fight as the +135 slight underdog. The win marked a return to the win column for Burns. Burns’s professional MMA record currently sits at 20-4.

Chimaev most recently appeared at UFC 267, taking on and defeating Jingliang Li via Submission in a Welterweight bout. Chimaev went into the fight as the -500 heavy favorite. He earned a performance of the night bonus cheque for his efforts. The win extended his winning streak to 10 in a row. Chimaev’s professional MMA record currently sits at 10-0. 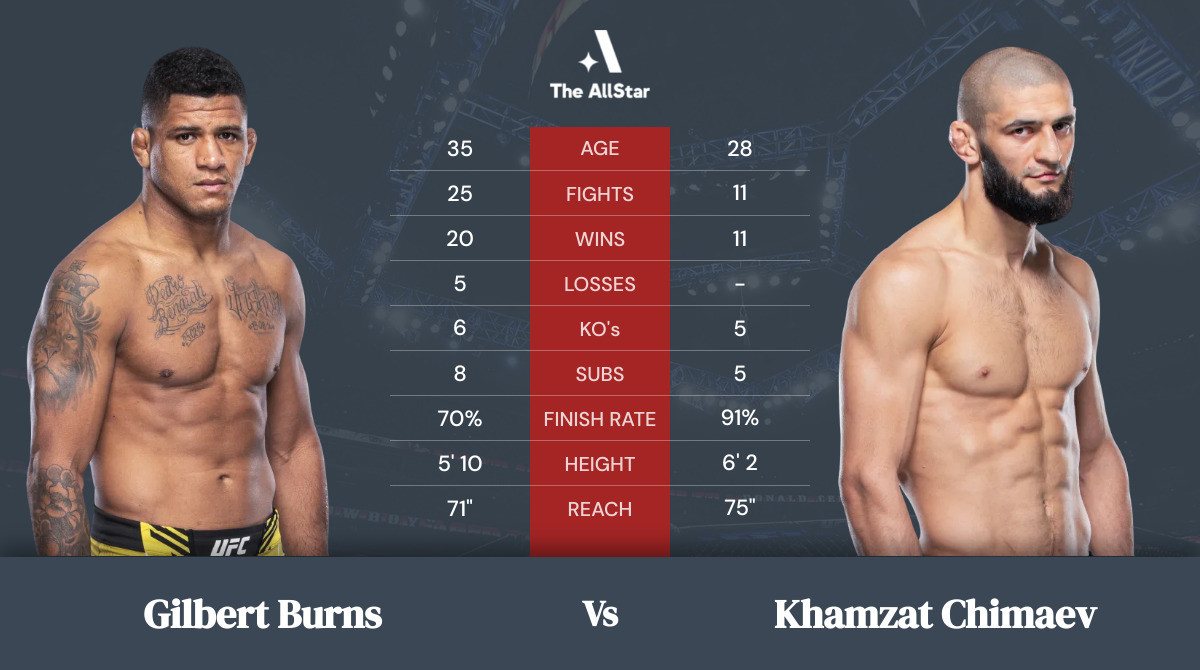