Jussi Halonen is a Male fighter from Finland with a 8-8-0 pro MMA record. Halonen is scheduled to fight Michał Gutowski at FSC 5 on Saturday October 8, 2022 in a Light Heavyweight bout.

Jussi Halonen has 8 wins with a 88% finish rate, including 3 by knockout, 3 by submission, 1 by decision.

Jussi Halonen is currently on a 2 fight losing skid. 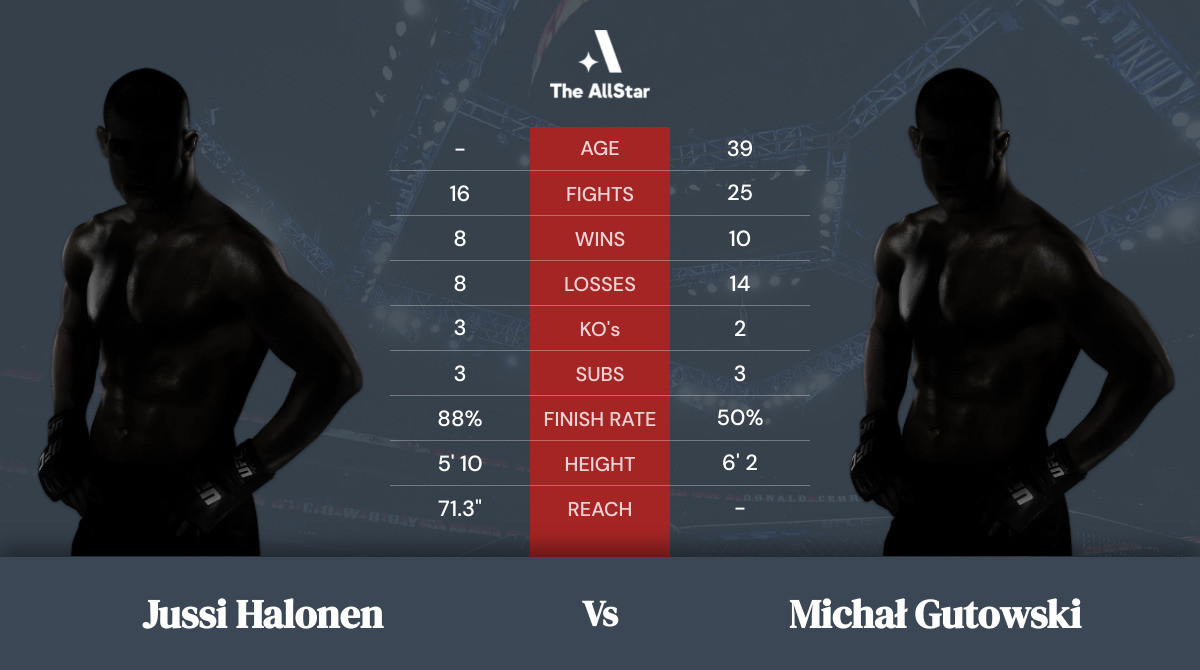 Halonen made his professional debut against Petras Dirgelas on September 17, 2011, fighting on the regional circuit.

He made a winning start to his career, defeating Petras Dirgelas who carried a 0-1-0 professional MMA record into the fight.

Jussi Halonen beat Petras Dirgelas by Submission at 0:24 of Round 1.

When was Jussi Halonen's last win?

Who is Jussi Halonen's next opponent?

Halonen is scheduled to fight Michał Gutowski at FSC 5 on Saturday October 8, 2022.

When was Jussi Halonen's last loss?

Halonen's last loss came against Ivan Vitasović at FNC 5 on Saturday March 26, 2022. Jussi Halonen lost to Ivan Vitasović by KO/TKO at 2:17 of Round 1.

How many pro MMA knockouts does Jussi Halonen have?

Halonen has knocked out 3 opponents.

How many pro MMA submissions does Jussi Halonen have?

How many times has Jussi Halonen been knocked out?

Halonen has been knocked out 4 times.

How many times has Jussi Halonen been submitted?

Halonen has been submitted 3 times.