A new fight between Carlos “Black Jag” Ulberg and Fabio “Water Buffalo” Cherant has been announced in the Light Heavyweight division. The fight is scheduled to take place at UFC 271 on February 12, 2022.

In his most recent octagon appearance, Ulberg was defeated by Kennedy Nzechukwu via KO/TKO at UFC 259 in a Light Heavyweight bout. Ulberg was the moderate favorite in the fight, coming in at -235. Despite the loss, Ulbergwas awarded with a Fight of the Night Performance Bonus. The loss snapped a 3 fight winning streak for Ulberg, whose professional MMA record currently sits at 3-1.

In his most recent octagon appearance, Cherant was defeated by William Knight via KO/TKO at UFC Vegas 34 in a Light Heavyweight bout. Cherant was the slight underdog in the fight, coming in at +145. The loss extended his losing streak to 2 in a row. Cherant’s professional MMA record currently sits at 7-3. 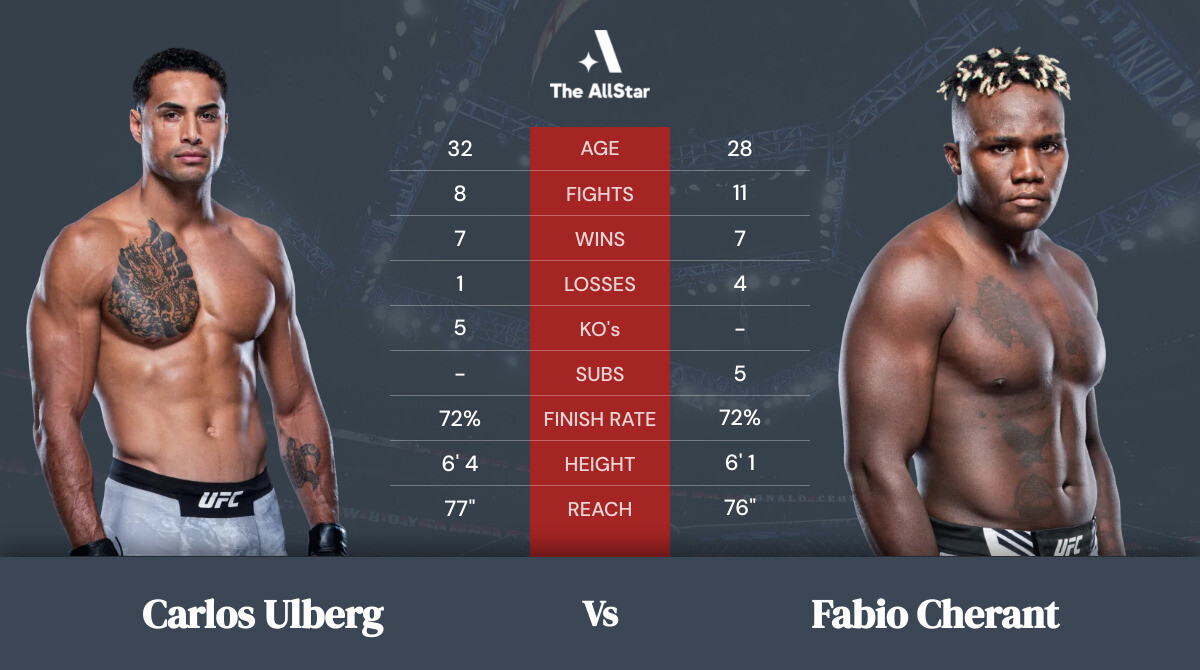 Who do you think wins in Carlos Ulberg vs. Fabio Cherant? Drop your predictions in the comments below.