A new fight between Mickey Gall and Alex “The Great White” Morono has been announced in the Welterweight division. The fight is scheduled to take place at UFC Vegas 44 on December 4, 2021. Betting odds and fight predictions coming soon.

Gall most recently appeared at UFC Vegas 32, taking on and defeating Jordan Williams via Submission in a Welterweight bout. He went into the fight as the +145 slight underdog. The win marked a return to the win column for Gall, whose professional MMA record currently sits at 7-3.

Morono most recently appeared at UFC Vegas 36, taking on and defeating David Zawada via Decision in a Welterweight bout. Morono went into the fight as the -125 slight favorite. The win extended his winning streak to 2 in a row. Morono’s professional MMA record currently sits at 20-7 (1 NC). 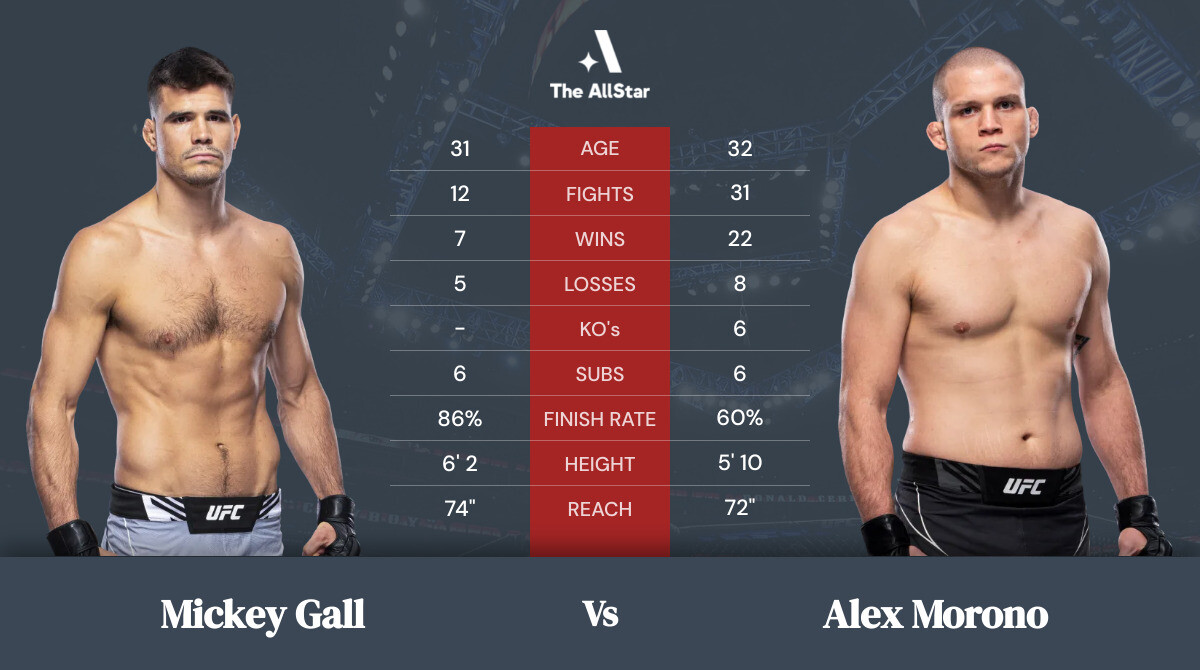 Mickey Gall vs Alex Morono: Give your predictions in the comments below