A new fight between Ronnie “The Heat” Lawrence and Mana “Manaboi” Martinez has been announced in the Bantamweight division. The fight is scheduled to take place at UFC 271 on February 12, 2022. Betting odds and predictions will be provided when available.

Lawrence most recently appeared at UFC Vegas 20, taking on and defeating Vince Cachero via KO/TKO in a Bantamweight bout. Lawrence went into the fight as the -170 slight favorite. He earned a Performance of the Night bonus for his efforts. The win extended his winning streak to 4 in a row. Lawrence’s professional MMA record currently sits at 7-1.

Martinez most recently appeared at UFC Vegas 35, taking on and defeating Guido Cannetti via Decision in a Bantamweight bout. Martinez went into the fight as the -280 moderate favorite. The win extended his winning streak to 3 in a row. Martinez’s professional MMA record currently sits at 9-2. 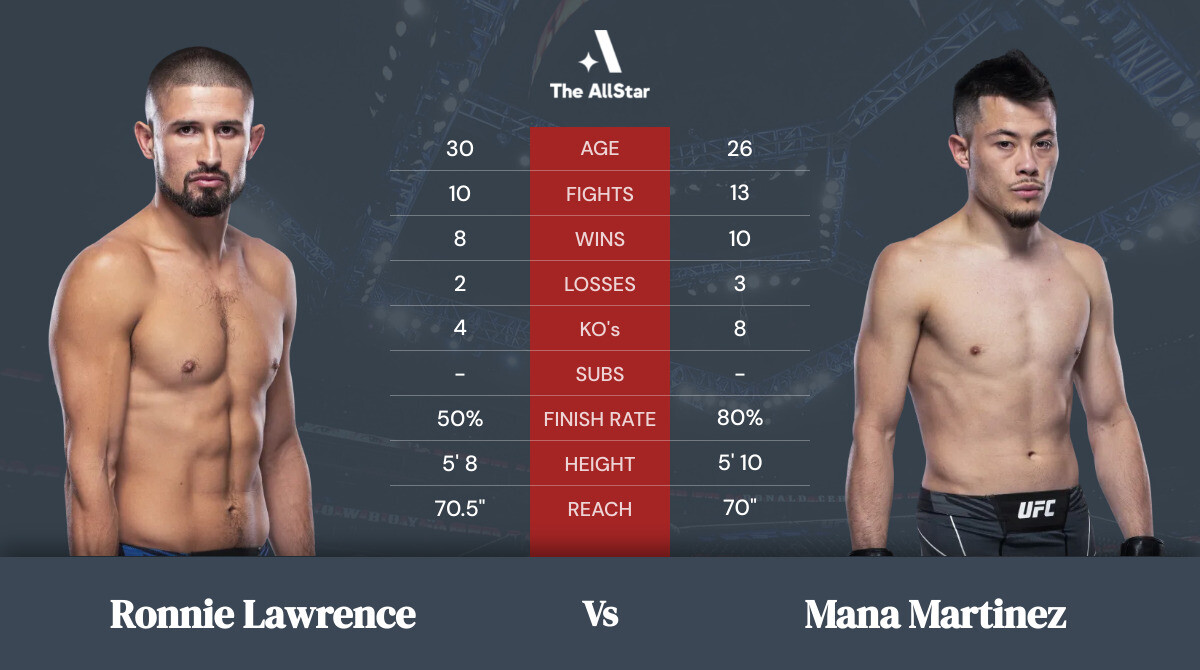 Give us your Ronnie Lawrence vs. Mana Martinez predictions in the comments down below.