“Downtown” TJ Brown is a 32 year old Male fighter from United States with a 16-9-0 pro MMA record. Brown is scheduled to fight Erik Silva at UFC 282 on Saturday December 10, 2022 in a Featherweight bout. 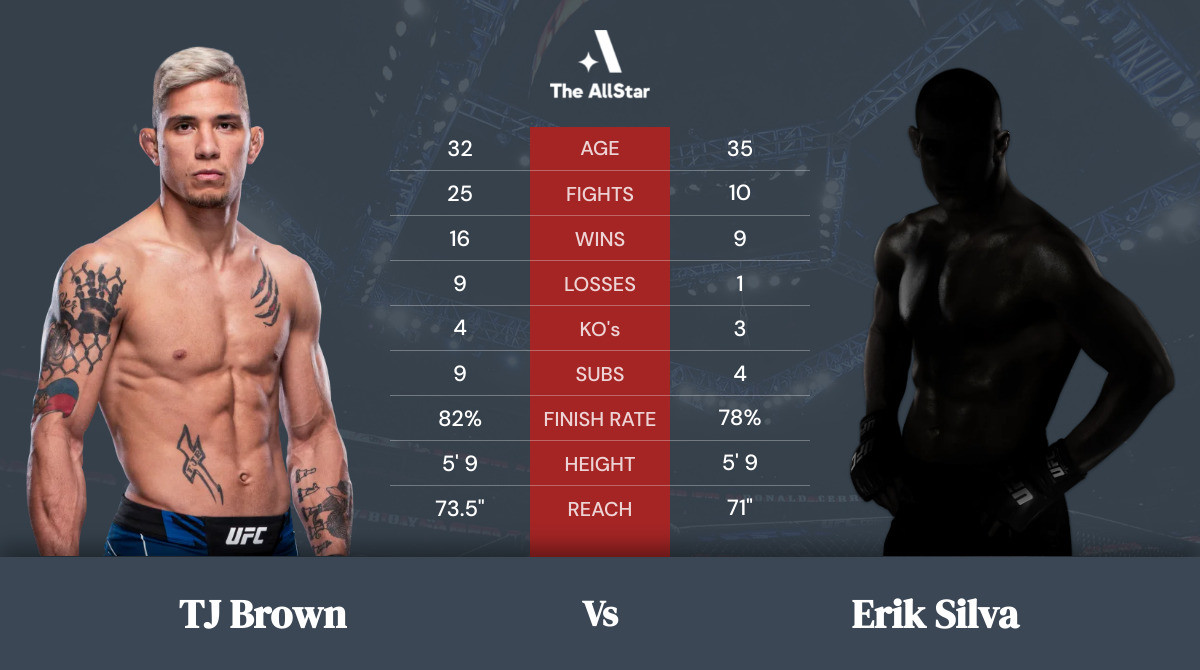 Brown made his professional debut against Shelby Graham on November 9, 2013, fighting on the main card of Cage CC 5.

He lost his first MMA fight, losing to Shelby Graham who carried a 2-5-0 professional MMA record into the fight.

Brown made his debut in the UFC against Jordan Griffin on February 29, 2020, fighting on the preliminary card of UFC on ESPN+ 27: Benavidez vs. Figueiredo having compiled a 14-6-0 professional MMA record.

TJ Brown lost to Jordan Griffin by Submission at 3:38 of Round 2.

Since his debut, Brown has gone on to fight a total of 5 more times in the UFC. His UFC record stands at 2-3-0.

When was TJ Brown's last win?

Who is TJ Brown's next opponent?

When was TJ Brown's last loss?

How many UFC fights has TJ Brown had?

How many pro MMA knockouts does TJ Brown have?

Brown has knocked out 4 opponents.

How many pro MMA submissions does TJ Brown have?

How many times has TJ Brown been knocked out?

Brown has been knocked out 3 times.

How many times has TJ Brown been submitted?

Brown has been submitted 3 times.

TJ Brown got his mind right ahead of UFC Vegas 46