Elise Reed is a 30 year old Female fighter from United States with a 6-2-0 pro MMA record. Reed is scheduled to fight Loma Lookboonmee at UFC 284 on Saturday February 11, 2023 in a Strawweight bout.

Elise Reed has 6 wins with a 34% finish rate, including 2 by knockout, 4 by decision. 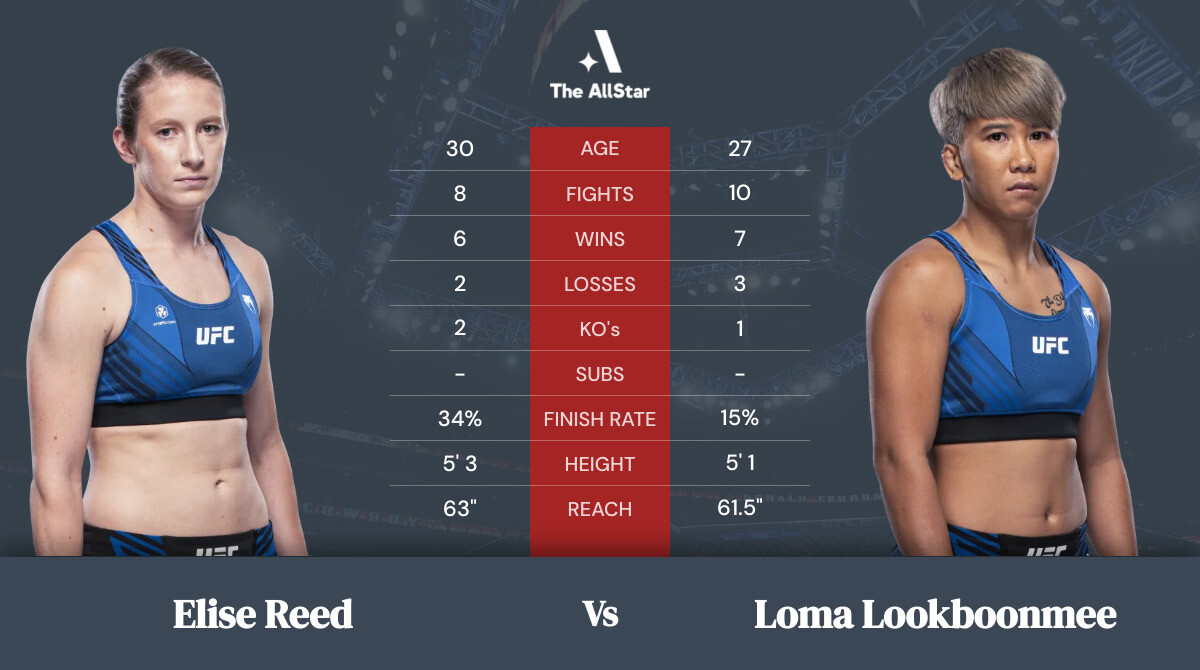 Reed made her professional debut against Rebecca Bryggman on October 25, 2019, fighting on the preliminary card of Bellator 231: Mir vs. Nelson 2.

She made a winning start to her career, defeating Rebecca Bryggman who carried a 0-0-0 professional MMA record into the fight.

Elise Reed beat Rebecca Bryggman by KO/TKO at 4:48 of Round 1.

Reed made her debut in the UFC against Sijara Eubanks on July 24, 2021, fighting on the preliminary card of UFC Fight Night: Sandhagen vs. Dillashaw having compiled a 4-0-0 professional MMA record.

Since her debut, Reed has gone on to fight a total of 4 more times in the UFC. Her UFC record stands at 2-2-0.

When was Elise Reed's last win?

Who is Elise Reed's next opponent?

Reed is scheduled to fight Loma Lookboonmee at UFC 284 on Saturday February 11, 2023.

When was Elise Reed's last loss?

How many UFC fights has Elise Reed had?

How many pro MMA knockouts does Elise Reed have?

Reed has knocked out 2 opponents.

How many pro MMA submissions does Elise Reed have?

Reed has no submissions on her pro MMA record.

How many times has Elise Reed been knocked out?

Reed has been knocked out 2 times.

How many times has Elise Reed been submitted?

Reed has never been submitted.

UFC 279: Elise Reed runs a gym, is in the military and is preparing to give Melissa Martinez “her worst nightmare”