Josh Emmett will return against Dan Ige at UFC 269

A featherweight fight between Josh Emmett and “50k” Dan Ige has been announced to take place at UFC 269 on December 11, 2021. UFC 269 is headlined by the Lightweight Championship bout between Charles Oliveira and Dustin Poirier.

Emmett most recently appeared at UFC Vegas 3, taking on and defeating Shane Burgos via Decision in a Featherweight bout. Emmett went into the fight as the +165 slight underdog. Both fighters were awarded a fight of the night performance bonus for their efforts. The win extended Emmett’s winning streak to 3 in a row. His professional MMA record currently sits at 16-2.

In his most recent octagon appearance, Ige was defeated by Chan Sung Jung via Decision at UFC Vegas 29 in a Featherweight bout. Ige was the slight favorite in the fight, coming in at -135. Ige’s professional MMA record currently sits at 15-4. 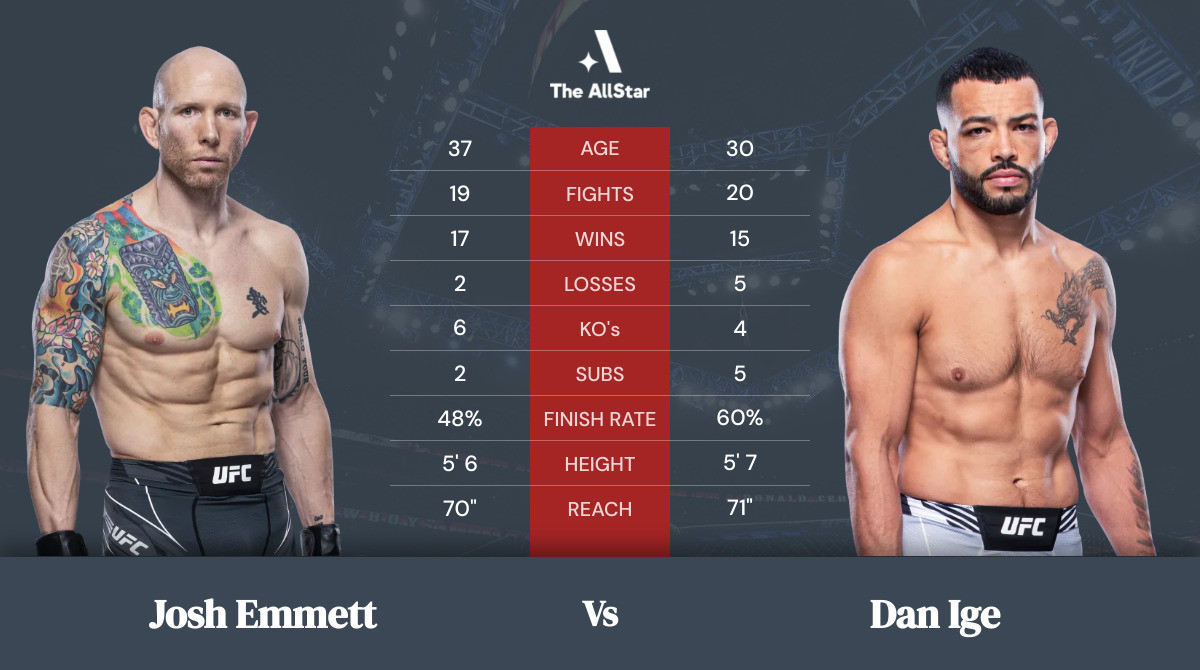